Fact Check: 3 years old image of a man thrashed by a group of women in UP viral with misleading claims 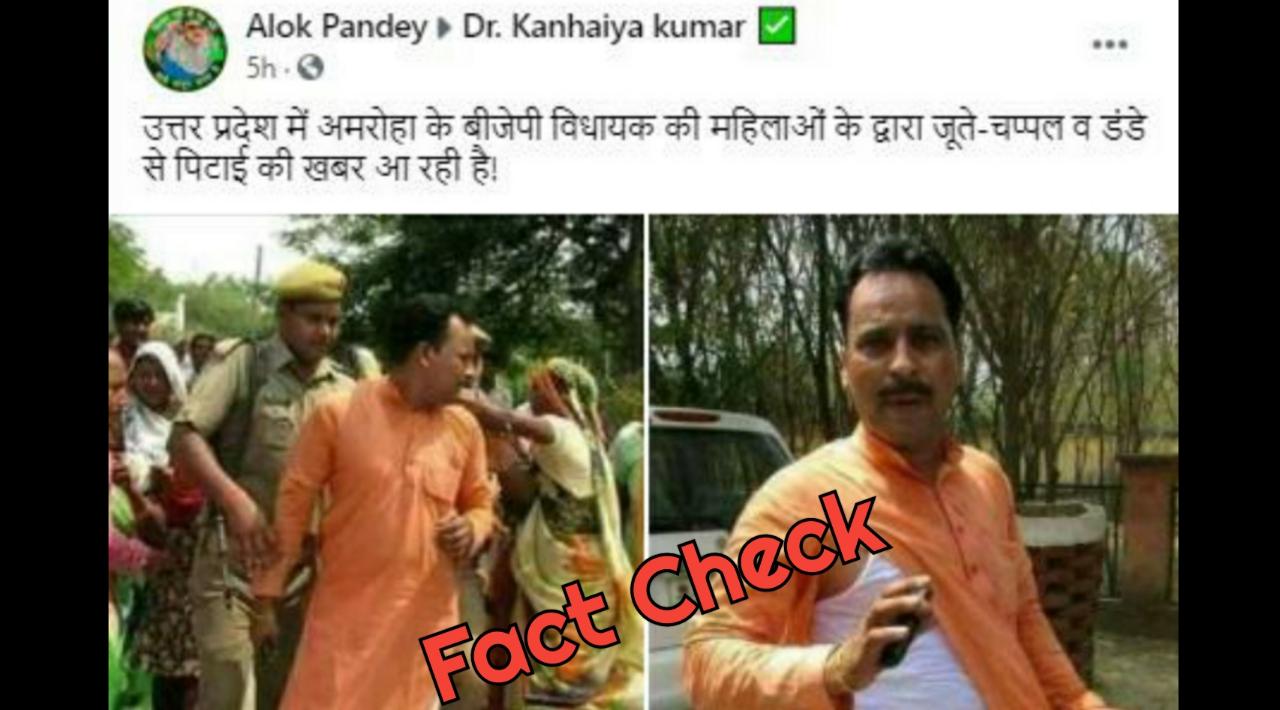 The viral claim is false that BJP MLA was thrashed by a group of women in Amroha, Uttar Pradesh. The man in the picture is not an MLA but a local BJP leader Madan Verma from Amroha.

Two pictures are getting viral on social media in which a man can be seen surrounded by women and a policeman on the road. In the second picture, the same person is seen in a torn kurta. It is being claimed that BJP MLA was thrashed by a group of women in Amroha, Uttar Pradesh.

A Facebook user name  Alok Pandey shared these two pictures with a caption, "In Uttar Pradesh, there is news of a BJP MLA from Amroha being beaten up by women with slippers and sticks." 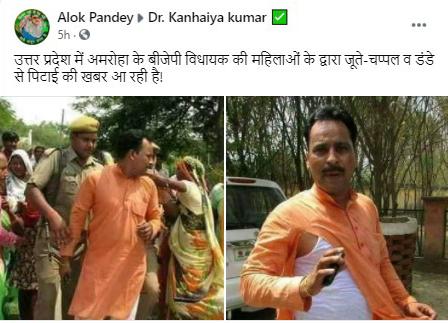 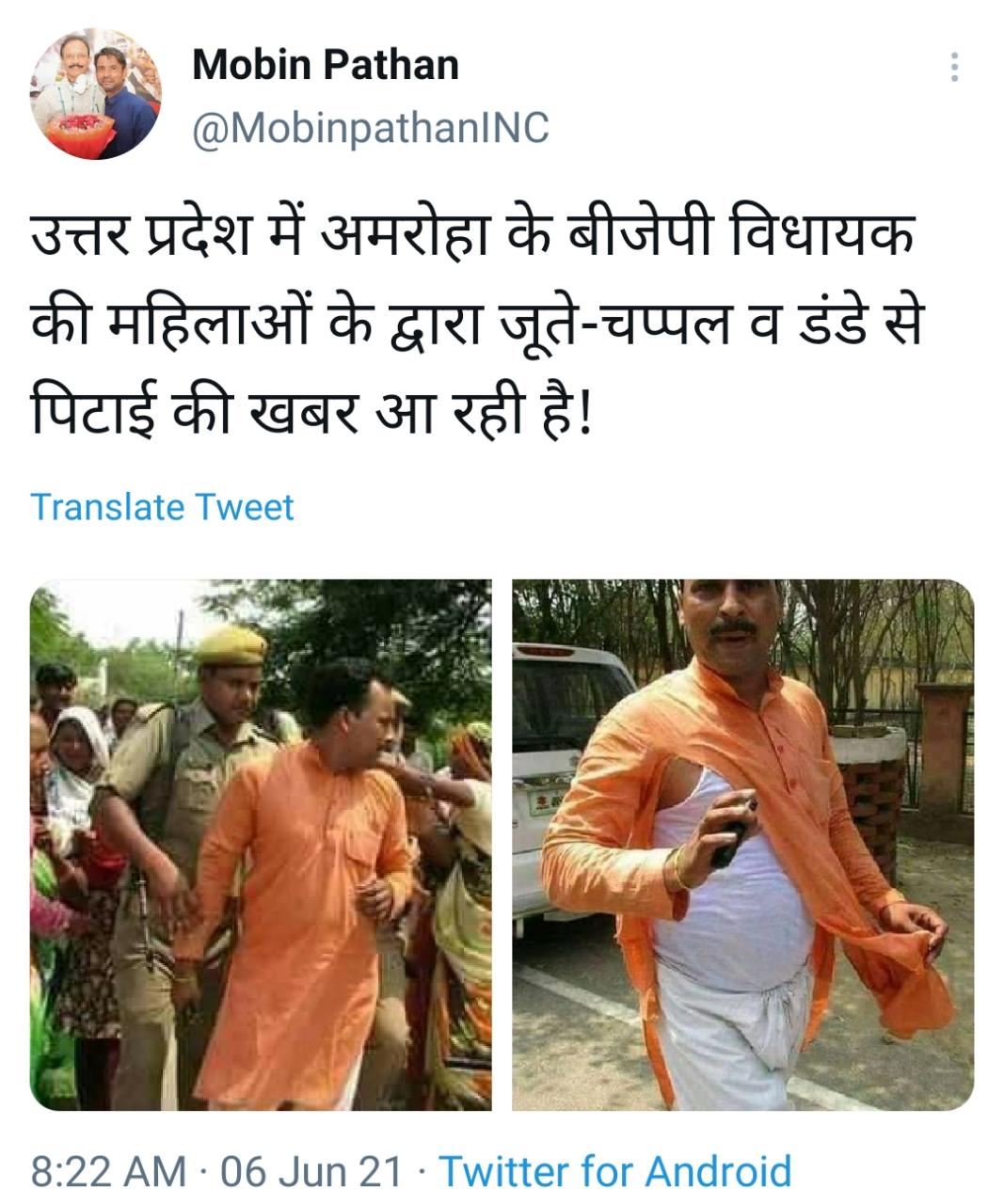 The viral post received 2,600 likes and 900 retweets at the time of writing this article.

In our investigation, we found that the viral claim is misleading. The image is 3 years old and the man in the picture is not an MLA but a local BJP leader Madan Verma from Amroha.

After doing reverse image research on google we found a news report published on 5 June 2018 in which the viral image can be seen. According to the report, in the presence of two ministers of the Yogi cabinet in Amroha, women beat up local BJP leader Madan Verma with slippers and shoes. As per the information, women had reached the ration dealers to complain about rigging in the distribution of food grains. But BJP leaders started favoring the ration dealers. On this the women got angry and they beat up Madan Verma in which his clothes were torn. 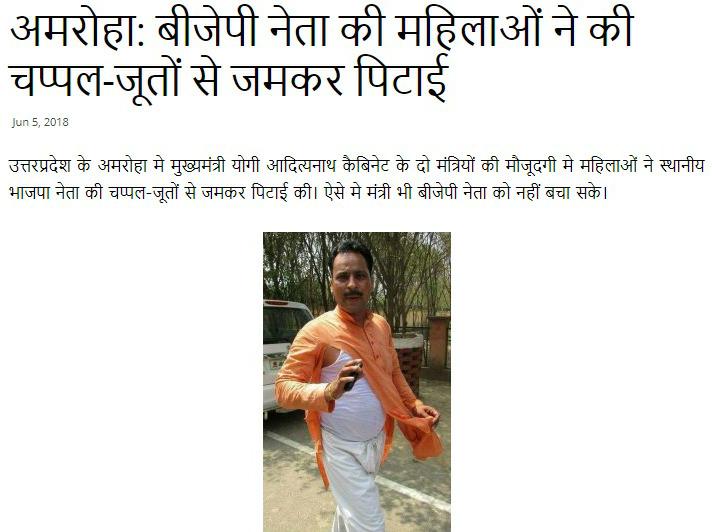 We also found a tweet by News18 India in which the news bulletin about the whole incident can be seen. 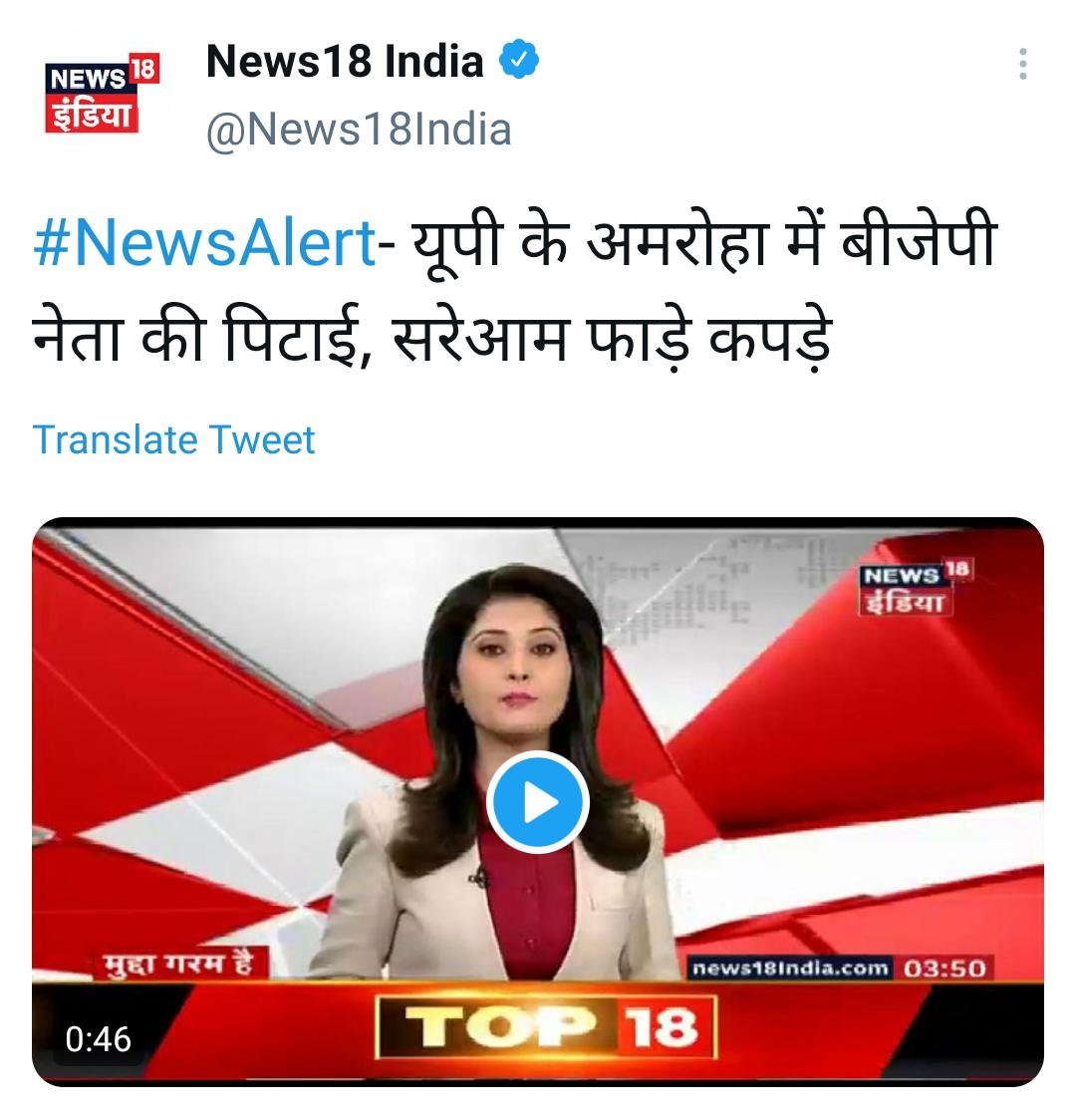 However, we did not find any news in which Madan Verma has been described as a BJP MLA. According to Madan Verma's Facebook profile, he is the chairman of the cooperative society of Paloula village in Amroha and Board President of Bharatiya Janata Party from Didoli, Amroha.

In conclusion, the viral claim is false that BJP MLA was thrashed by a group of women in Amroha, Uttar Pradesh. The man in the picture is not an MLA but a local BJP leader Madan Verma from Amroha. These pictures are from 2018.