The black color fungus in refrigerators and the fungus seen on the outer layers of onions are different from the one which causes mucormycosis.

As India battles with a new surge of mucormycosis black fungus cases, there's also a lot of misinformation about the infection that is being shared on social media.

Amid this, a post is getting viral on social media with a claim that the formation of fungus in refrigerators and the fungus seen on the outer layers of onions cause mucormycosis. 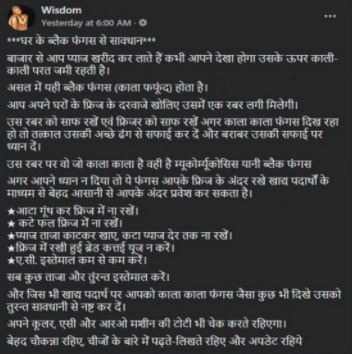 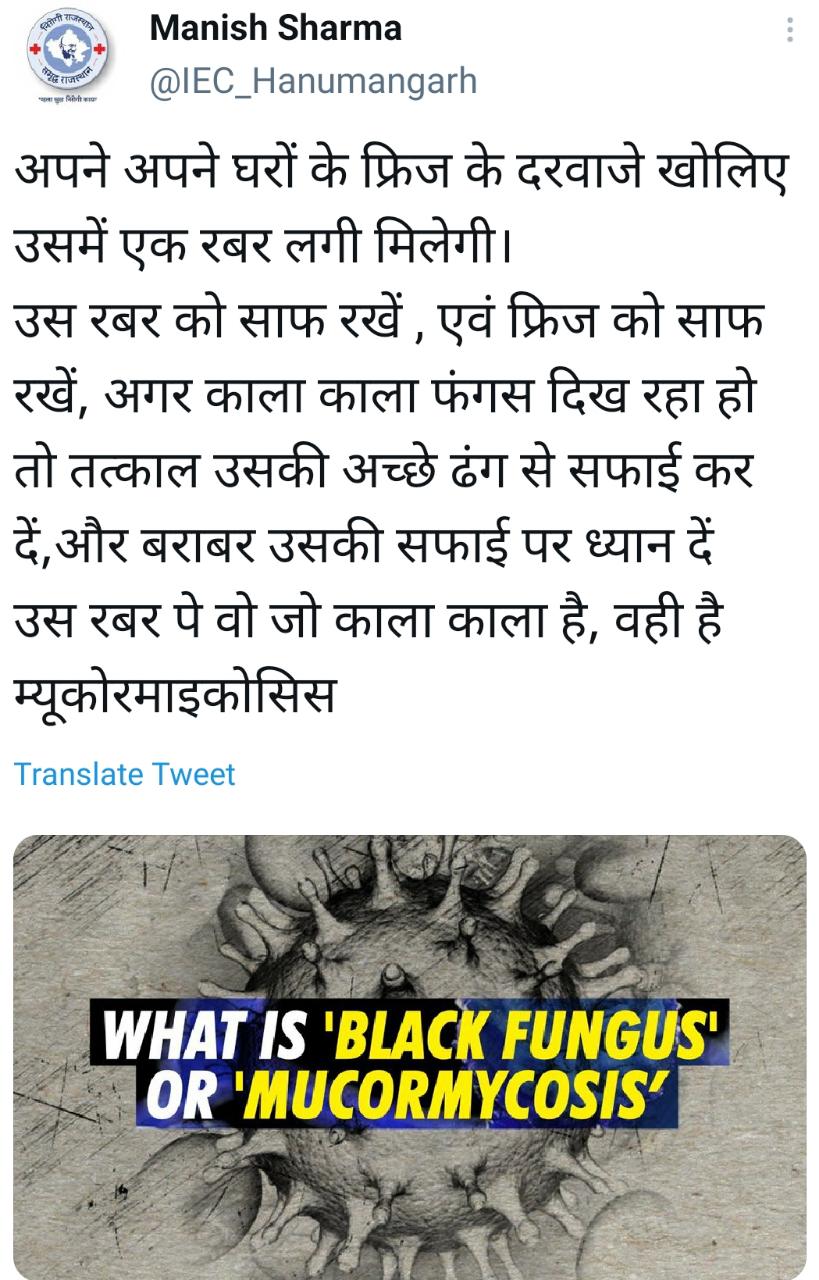 In our investigation, we found that the viral claim is misleading. The black powder-like fungus on onions and inside a refrigerator is different from the one which causes mucormycosis.

What is that fungus inside your fridge?

The fungi that are found in refrigerators are caused by bacteria and yeast. Though it could contaminate the food that is stored in the refrigerators, causing other mild infections, it does not lead to the black fungal infection.

Molds are a microscopic type of fungi, which unlike the unicellular microscopic yeasts or the macroscopic multicellular mushrooms, are characterized by the presence of multicellular filaments called hyphae. The network formed by the hyphae constitutes the mycelium which is visible to the naked eye.

According to the website of mold advisor, the black mold found inside refrigerators is Stachybotrys Chartarum.

What is the black powder-like fungus on onions?

According to the US department of agriculture, Black mold on onion is caused by aspergillus niger, a common fungus in the soil. To discourage mold growth, store onions in the refrigerator for up to two months. Rinse off small amounts of the black mold on the outer scales of the onion under cool, running tap water or cut off the affected layers. The unaffected part can be used. Persons known to be allergic to Aspergillus niger should not use onions with black mold.

What is the Black fungus infection?

According to US Centers for Disease Control and Prevention, Mucormycosis (previously called zygomycosis) is a serious but rare fungal infection caused by a group of molds called mucormycetes. These molds live throughout the environment. Mucormycosis mainly affects people who have health problems or take medicines that lower the body’s ability to fight germs and sickness. It most commonly affects the sinuses or the lungs after inhaling fungal spores from the air. It can also occur on the skin after a cut, burn, or other types of skin injury.

However, according to a report of news18, the AIIMS director said, “The most important thing to remember is that mucormycosis is not a black fungus. It is a misnomer… because there is some discoloration of the skin as it decreases blood supply, it may give a feeling that the area has become black, that is why the name has come."

In conclusion, the viral claim is false that the black color fungus in refrigerators and the fungus seen on the outer layers of onions cause mucormycosis. The black powder-like fungus on onions and inside a refrigerator is different from the one which causes mucormycosis. Experts say that mucormycosis and black fungus are not the same.