Fact Check: Video of a man inappropriately touching a female viral with a claim that he is the President of Azerbaijan

A video of a man inappropriately touching a female is falsely shared with a claim that he is the President of Azerbaijan. It was not the President but a former MP of Azerbaijan and university professor Huseynbala Miralamov who was caught on camera.

A video is getting viral on social media in which a man is seen inappropriately touching a female when she enters the room. The video went viral with a claim that he is the President of Azerbaijan who forgot to turn off his camera after a video chat.

A Facebook user name S Jana share a video with a claim that "Azerbaijan president forgot to exit after zoom meeting". 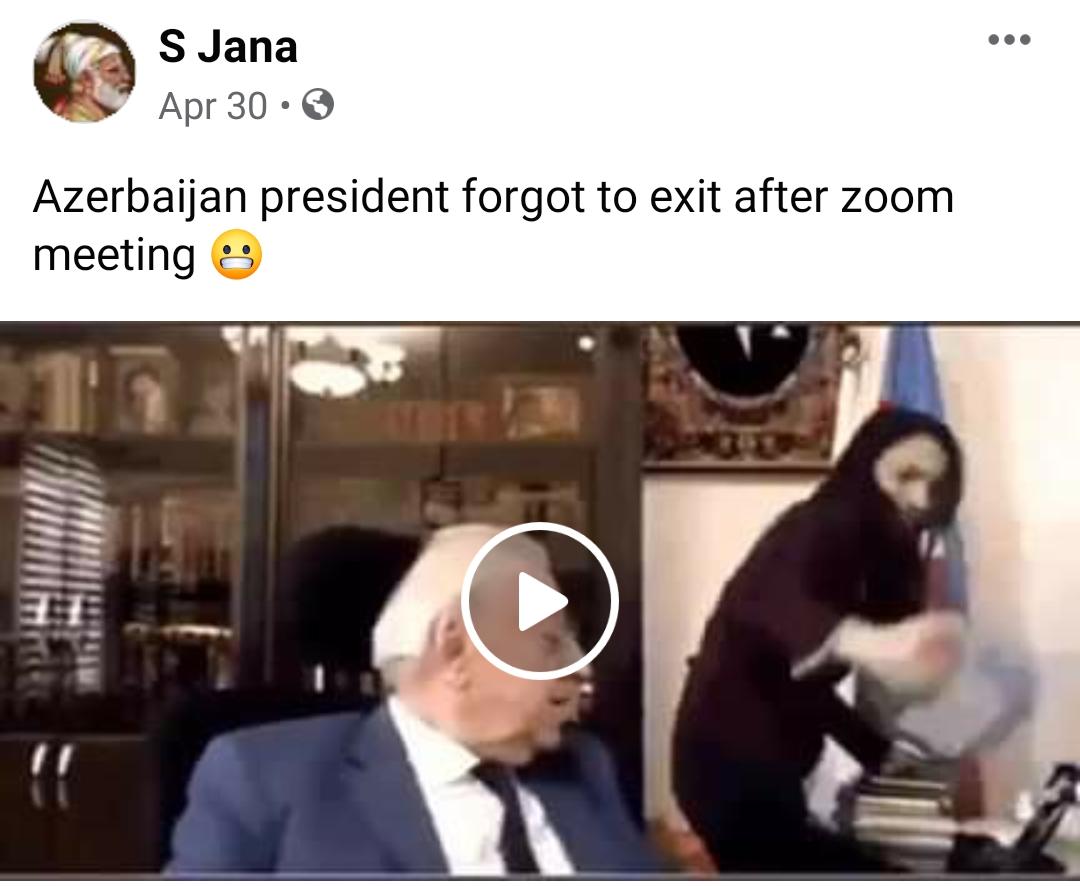 In our investigation, we found that the viral claim is misleading. The man seen in the viral video is a former MP of Azerbaijan and university professor

After doing research on google using related keywords, we found several media reports related to the viral video. According to a report the man is Huseynbala Miralamov, a former MP of the country and university teacher who was fired from the university where he teaches on April 22 after being caught on camera inappropriately touching a female employee. 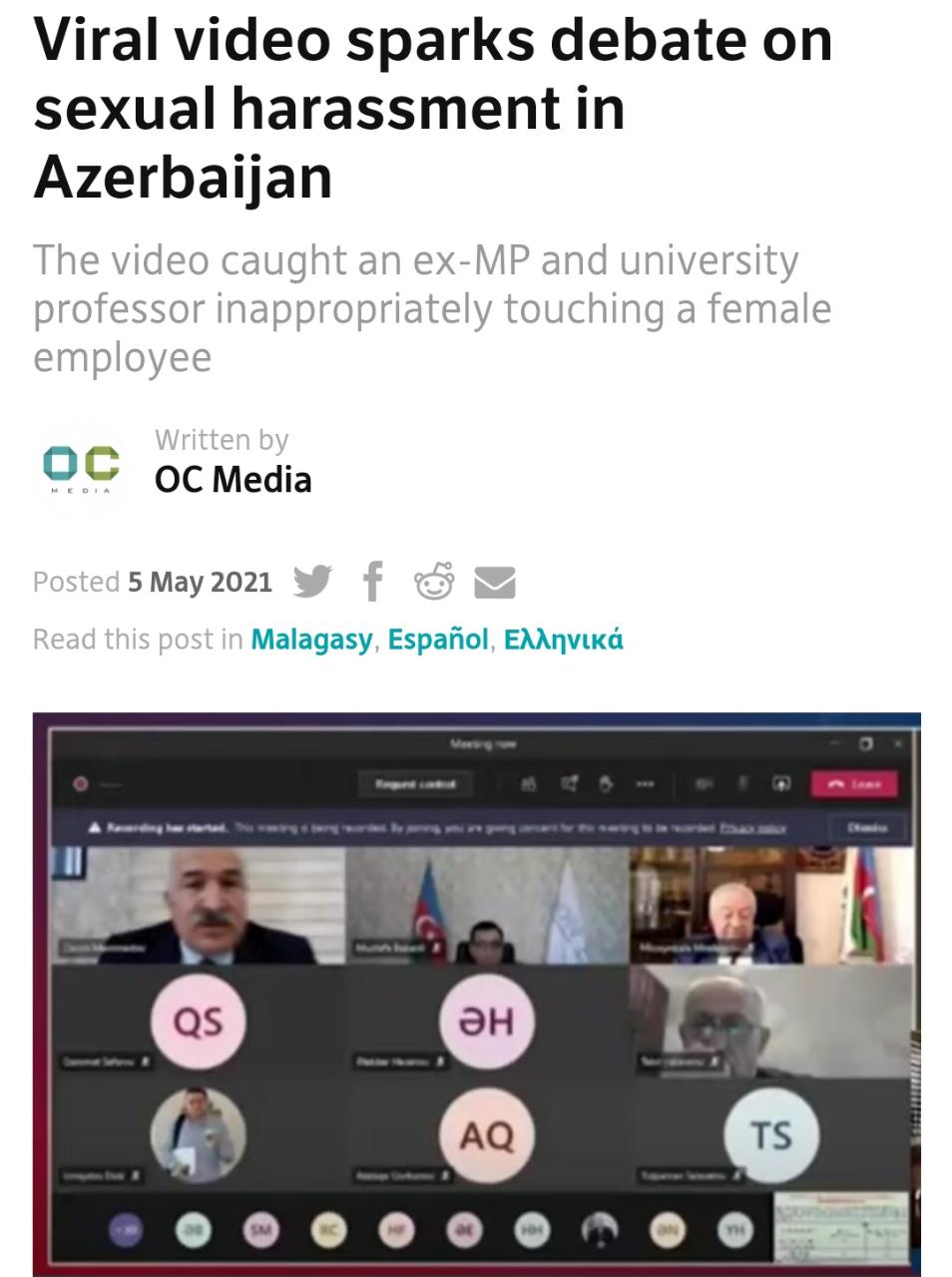 A department director at the Azerbaijan State Oil and Industry University (ASOIU), where Miralamov worked, told Report.az that the latter has since been dismissed from his post and relieved of teaching duties. Miralamov was also expelled from the ruling New Azerbaijan political party, where he was a member of the Veterans Council and held the position of chair of the Khatai district party branch.

In an interview, Miralamov denied having a relationship with the woman in the video. “I was blackmailed,” he said. “This was a university conference. The people who broadcast this video must be found.”

However, we didn't find any media report which reported that the President of Azerbaijan video is leaked touching a woman.

In conclusion,  a video of a man inappropriately touching a female is falsely shared with a claim that he is the President of Azerbaijan. It was not the President but a former MP of Azerbaijan and university professor Huseynbala Miralamov who was caught on camera.