Fact Check: A viral image of Saturn is an artist's rendering, not a real one 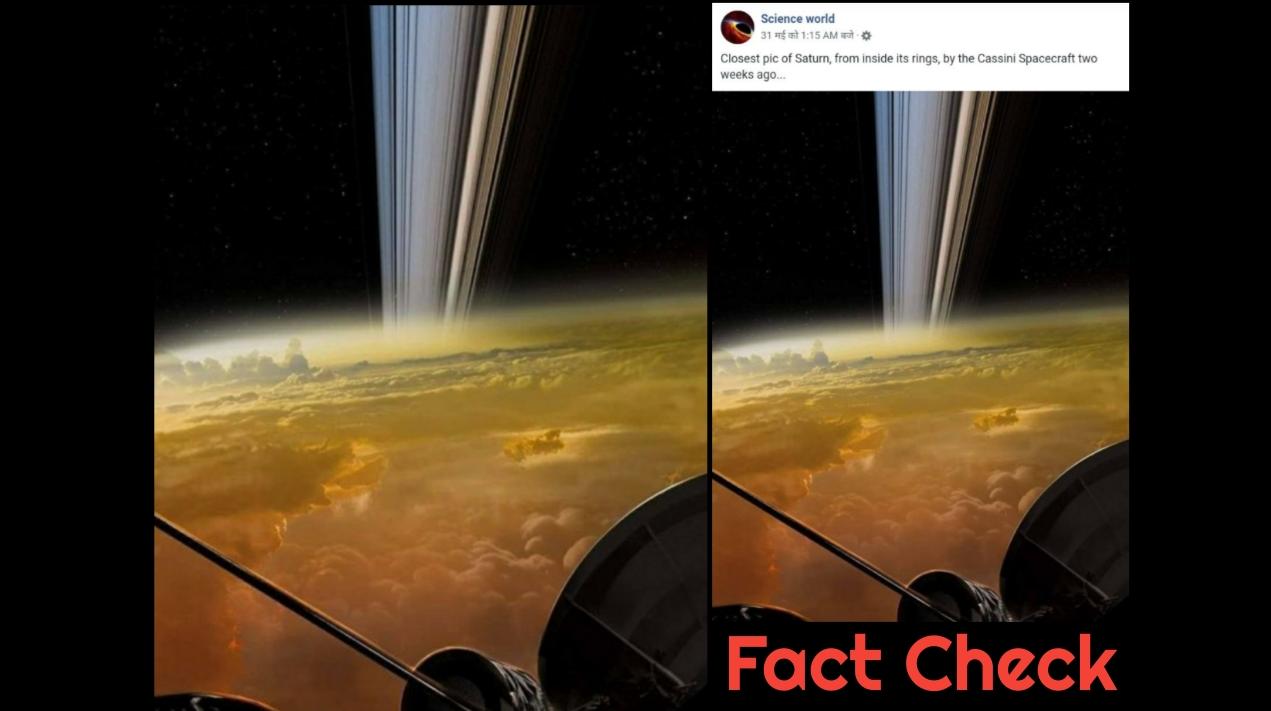 An artist’s concept image of NASA’s Cassini spacecraft's final dive over Saturn falsely shared with a claim that it is the original photo of Saturn from inside its rings.

A picture is getting viral on social claiming it as the closest picture of planet Saturn from inside its rings taken by the Cassini Spacecraft two weeks ago.

A Facebook user name Science world share a post with a caption, "Closest pic of Saturn, from inside its rings, by the Cassini Spacecraft two weeks ago". 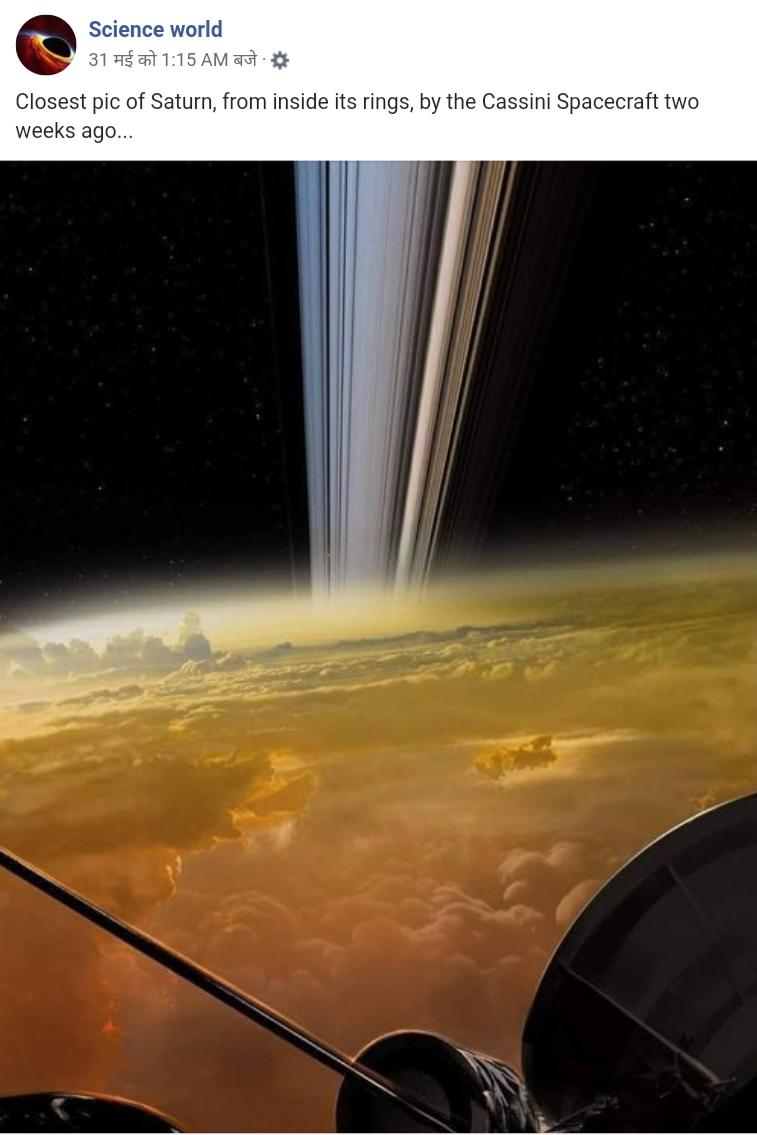 In our investigation, we found that the viral claim is misleading.  The photo shared in the post is an artist’s concept image of NASA’s Cassini spacecraft final dive in April 2017.

On reverse image search of the viral photo, we found a similar image in an article published by the ‘Space.com’ website. The caption in the photo read, ‘This artist's concept shows Cassini's view during one of its final dives over Saturn. (Image credit: NASA/JPL-Caltech ).

When searched for this photo using the related keywords, we found the same picture on the ‘NASA’ website published on 6 April 2017. The description of the photo states, ‘This artist’s concept shows an over-the-shoulder view of Cassini making one of its Grand Finale dives over Saturn’. 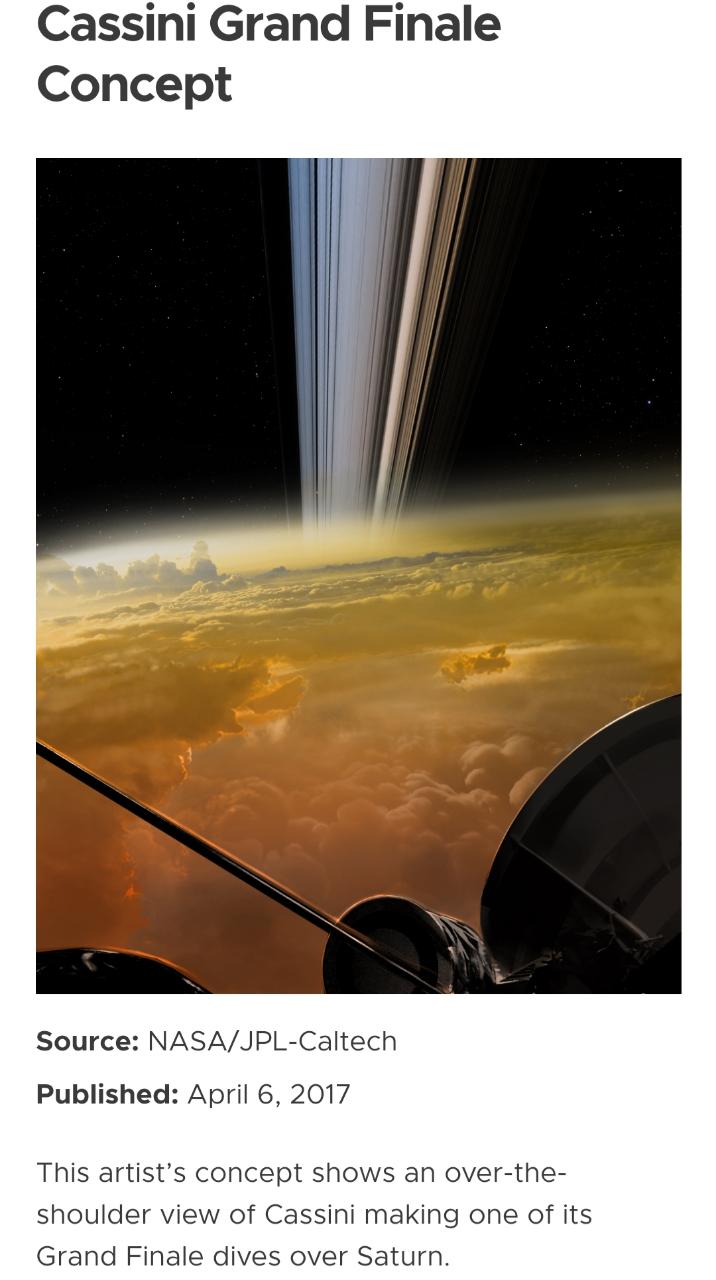 The Cassini–Huygens space-research mission, commonly called Cassini, involved a collaboration among NASA, the European Space Agency (ESA), and the Italian Space Agency (ASI) to send a space probe to study the planet Saturn and its system, including its rings and natural satellites.

Cassini's planners originally scheduled a mission of four years, from June 2004 to May 2008. The mission was extended for another two years until September 2010, branded the Cassini Equinox Mission. The mission was extended a second and final time with the Cassini Solstice Mission, lasting another seven years until September 15, 2017, on which date Cassini was de-orbited to burn up in Saturn's upper atmosphere.

In conclusion, an artist’s concept image of NASA’s Cassini spacecraft's final dive over Saturn falsely shared with a claim that it is the original photo of Saturn from inside its rings.