Alien or Ghost? The truth about the viral video of mysterious creature spotted in Jharkhand 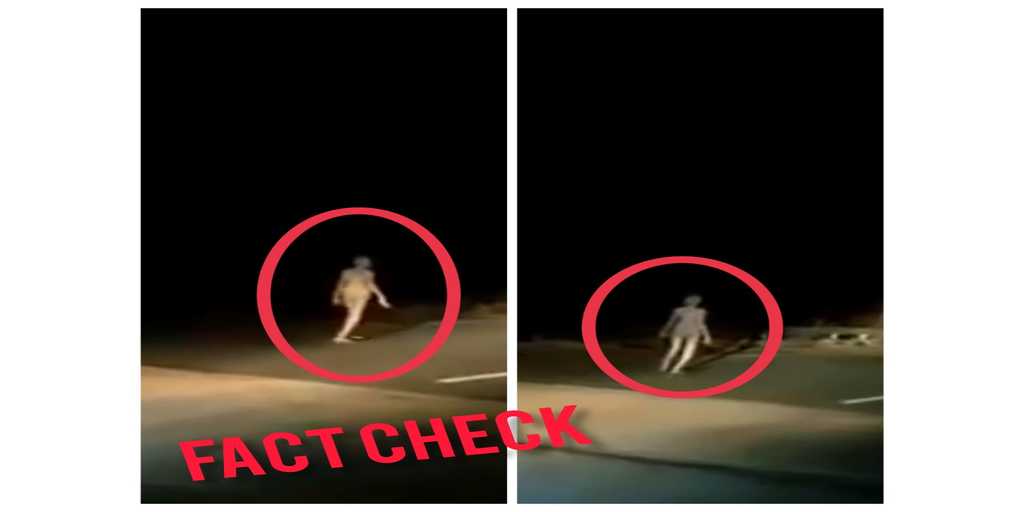 A video is making rounds all over media and social claiming that a mysterious creature was spotted in Jharkhand’s Hazaribag district, however, all these claims came out to be fake.

A video of a strange figure walking on a highway at night is going viral all over media and social media claiming that the video was taken at Jharkhand’s Hazaribag. The viral video was also reported by many renowned news organizations Patrika, News18, Zee News, Amar Ujala and Republic Bharat etc. India Today has also posted the video on its Instagram handle with the caption 'Jharkhand, a video with a strange figure has become a topic of discussion. The video, which shows this strange figure walking along the road, is being shared widely on social media. Take a look at this video.'

A Twitter user Ashutosh Gautam also tweeted about the video with the caption 'The video has become talk of the town. People are assuming it to be an Alien and it actually could be, keenly observe the 13th second of the video, A red Lapros wing UFO flying with jangling sound. Place-Near Hazaribagh, Jharkhand.' He also tagged space agencies ISRO and NASA  in his tweet saying that a UFO was spotted in the video and this tweet was retweeted more than three hundred times. 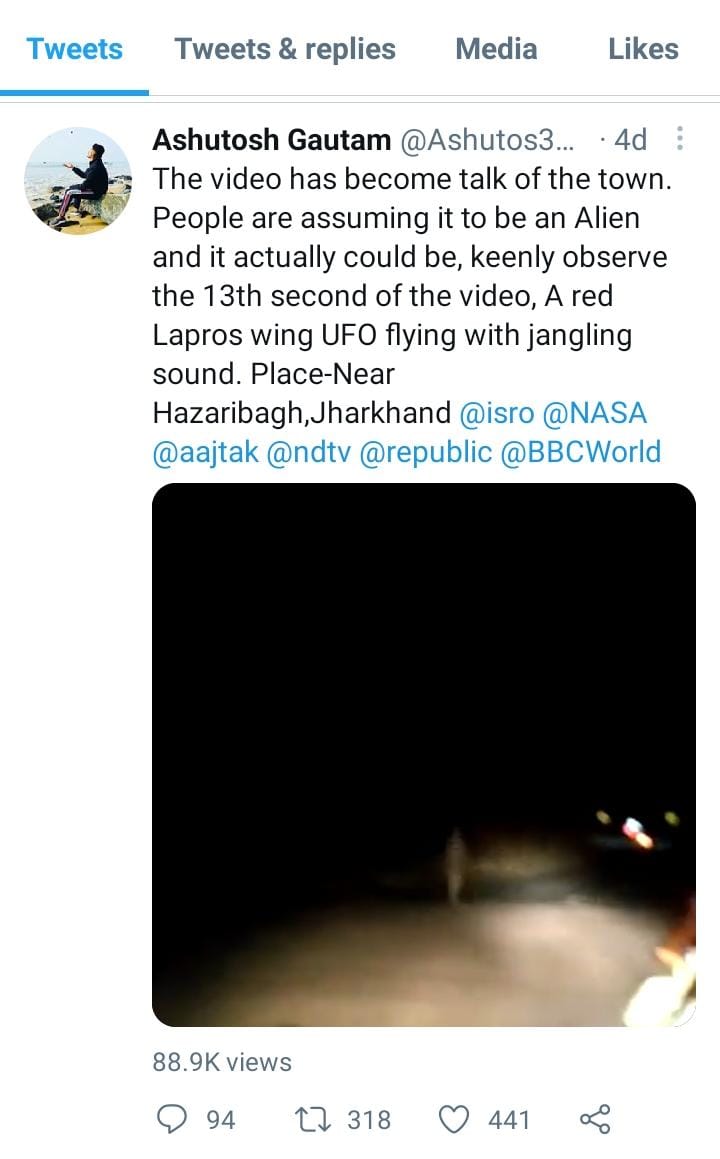 In our investigation, we found that the video which is going viral is misleading as people there is no Alien or Ghost in this video and this video was not recorded in Hazaribag.

Local channel Jan Doot News interviewed the two men who recorded the viral video. The men said that the video was filmed when they were returning from Chakradharpur to Seraikela after attending a funeral of a friend’s mother via Kharsawan road. The man thought that the strange figure was a Ghost and shouted 'Chudail hai, ladki hai, record kar, record kar!'. When a few others reached the spot, we asked if they too saw the woman. She was not a ghost and this was also confirmed by other passers-by, figure in the video was a naked woman walking on the highway. He also told that the original video is about 1:30 minutes long and the viral clip runs for 30 seconds. You can watch the full interview here.

In conclusion, the video which is being circulated all over social media is fake there is no alien or ghost, it was a woman walking naked on the highway.