The viral claim is false that a Muslim mob thrashed police personnel in Uttar Pradesh's Bareilly when they were fined.

A video of a mob beating two policemen is getting viral on social media with a claim that a group of Muslim men brutally thrashed police personnel in Uttar Pradesh's Bareilly because they were fined for breaking the law.

A Facebook user name Vikash Upadhyay shared the video with the caption "Bareilly Civil Lines news: a policeman was beaten up by a group of Muslims, who were breaking the law. This video tells us what will happen in India in the coming days. Who will run this country and what will be our future? The bitter truth is that the country is facing much more internal threats than external ones". (Translated from Hindi) 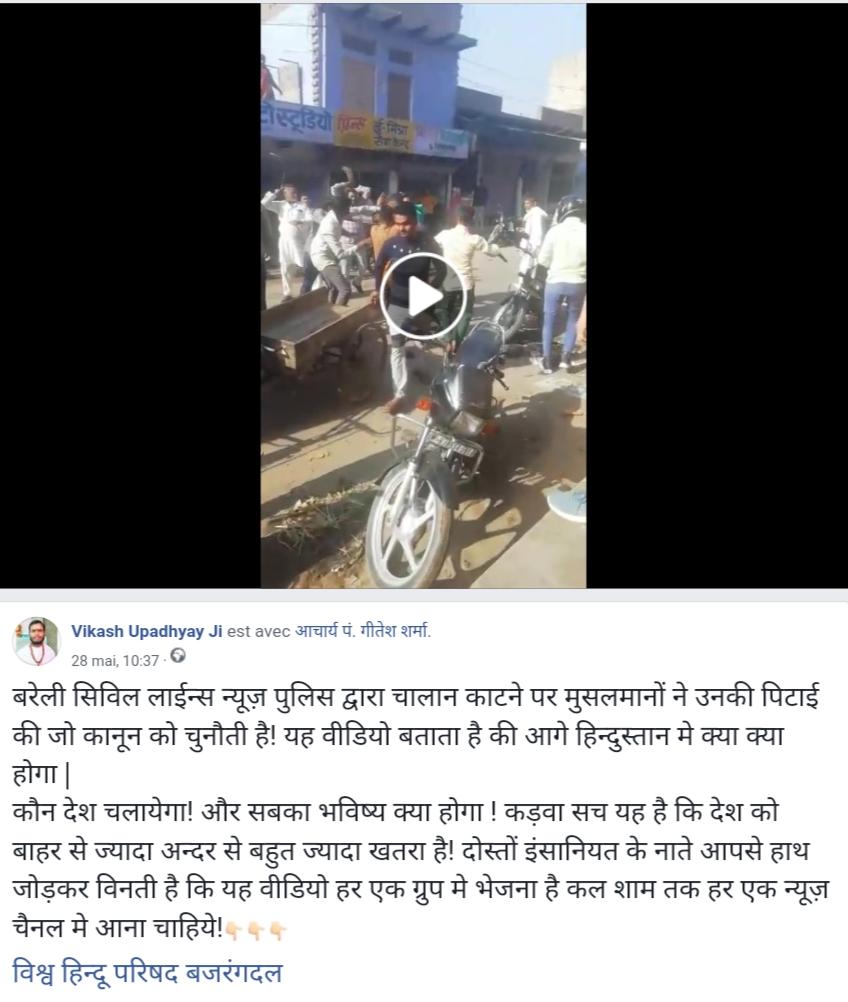 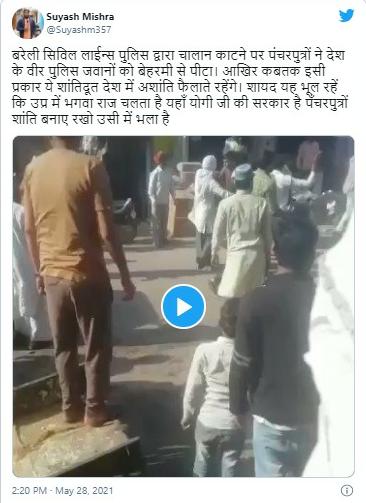 In our investigation, we found that the viral claim is misleading. The video is from February this year and the incident shown therein took place in Jurhara town of Rajasthan. There is no communal angle to the incident.

After doing reverse image search on Google using related keywords, we found a news report of Danik Bhaskar, and the viral video is seen in the article. According to the news, this incident took place in Jurhera town near the border of Bharatpur district of Rajasthan in February 2021. 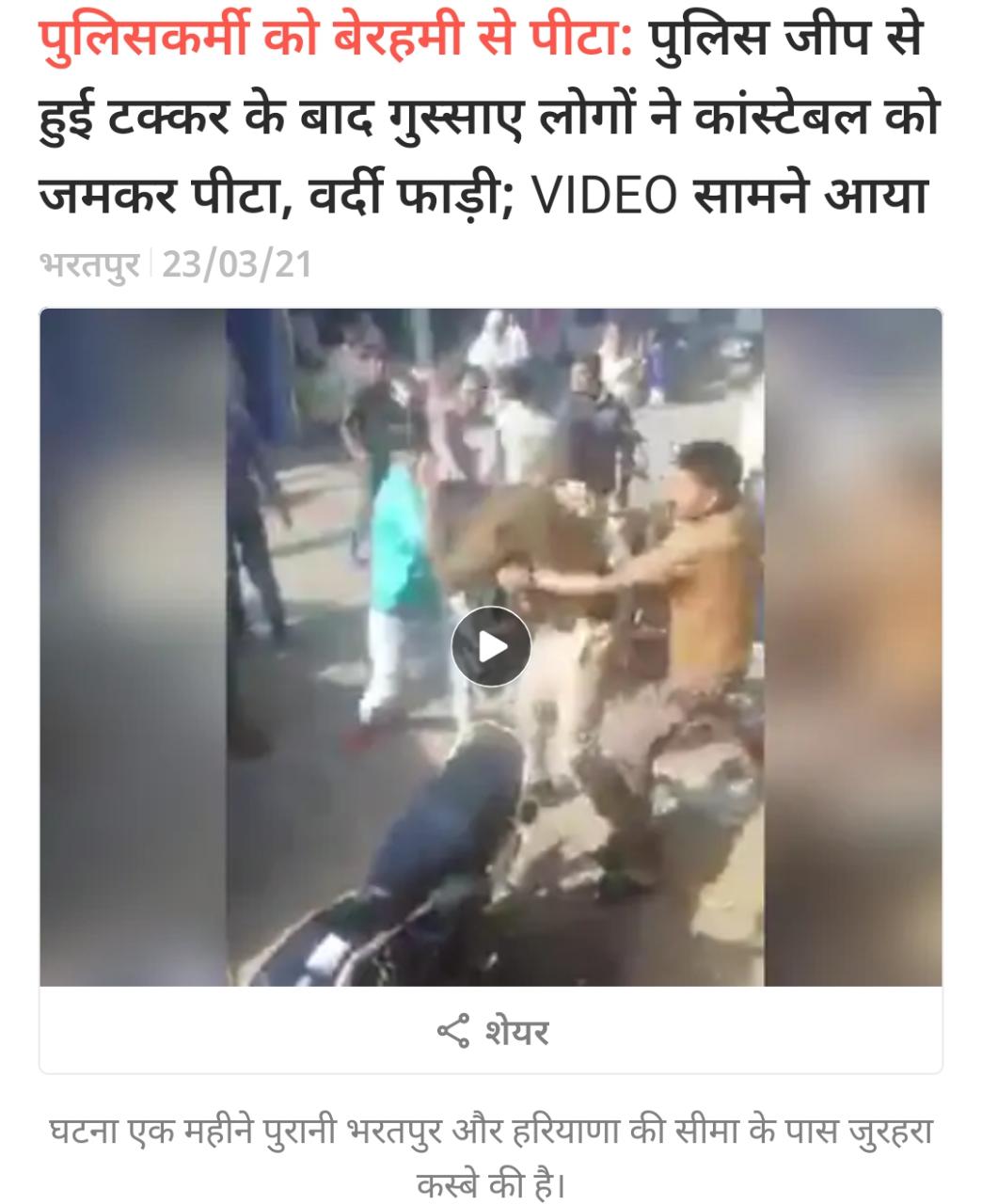 As per the report of ETV Bharat, Haryana police came to Jurahara to investigate a case and their police jeep had hit a man in the market. Then the angry villagers present in the area started thrashing the police constable. We didn't find any communal angle to the matter.

We also found a tweet by Bareilly police who debunked the viral claim and said that the incident has nothing to do with Bareilly nor has any such incident happened in Bareilly. 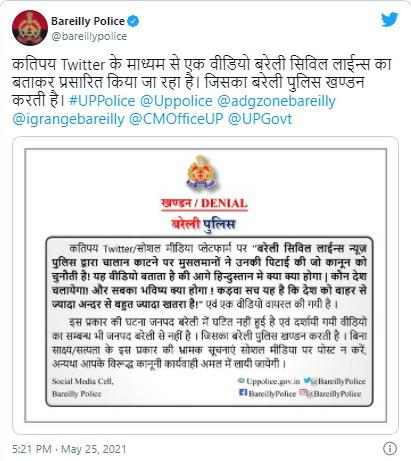 In conclusion, the viral claim is false that a Muslim mob thrashed police personnel in Uttar Pradesh's Bareilly when they were fined. The video is from February this year and the incident shown therein took place in Jurhara town of Rajasthan. There is no communal angle to the incident.