Fact Check: That is Not Maneka Gandhi Criticizing Modi Govt's Handling of COVID 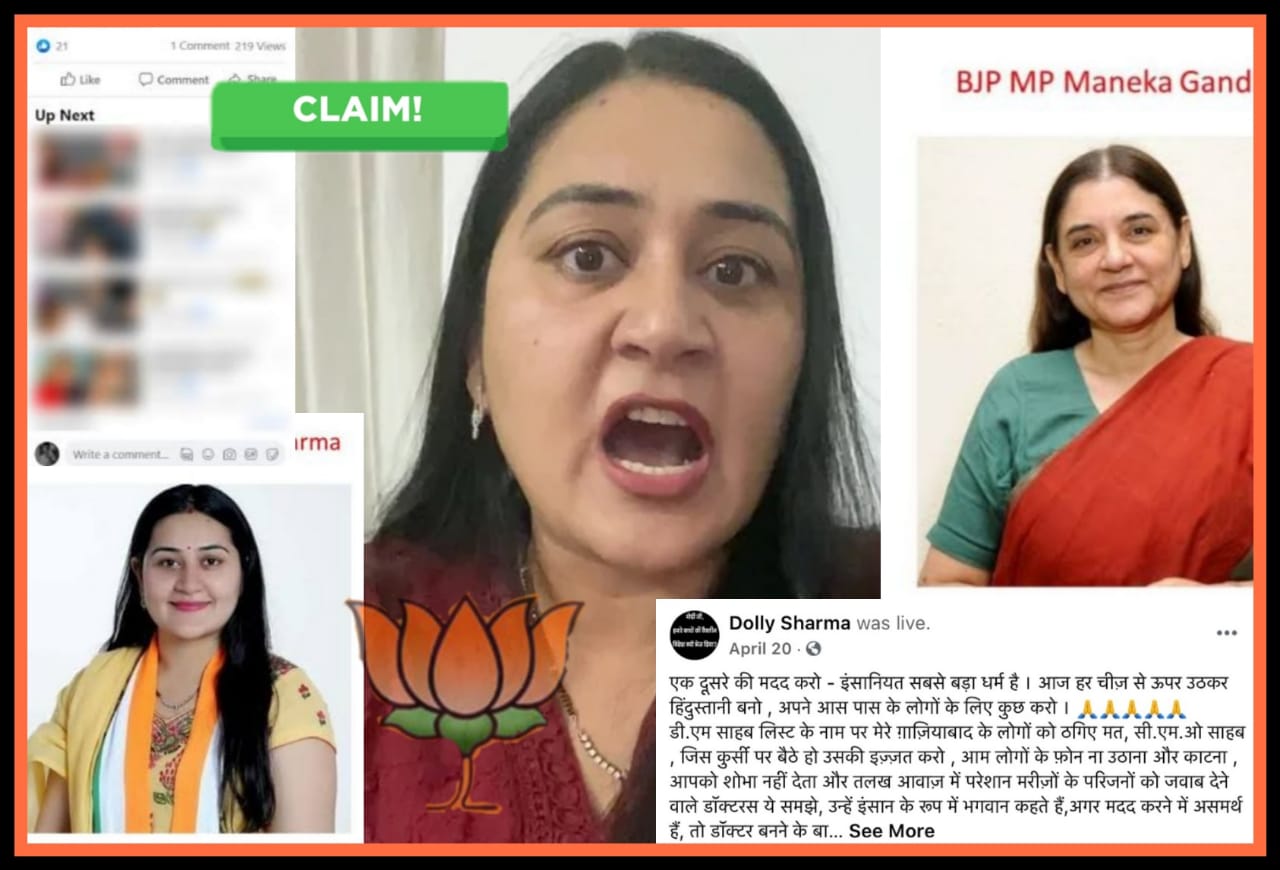 The lady in the video is Congress' Dolly Sharma, attacking the Modi government and not BJP's Maneka Gandhi.

In a viral video, a lady is seen reprimanding Prime Minister Narendra Modi led government on its handling of the COVID-19 pandemic and has been misidentified as senior Bharatiya Janta Party (BJP) pioneer and MP Maneka Gandhi.

Notwithstanding, we tracked down that the lady in the video is Congress' Dolly Sharma who had posted the more extended form of the viral video on her Facebook account in April.

The video was shared by a Facebook page "Acche Din" with a caption in Hindi which can be roughly translated to "Listen to the voice of BJP MP respected Smt Maneka Gandhi ji and see what is happening int the country". 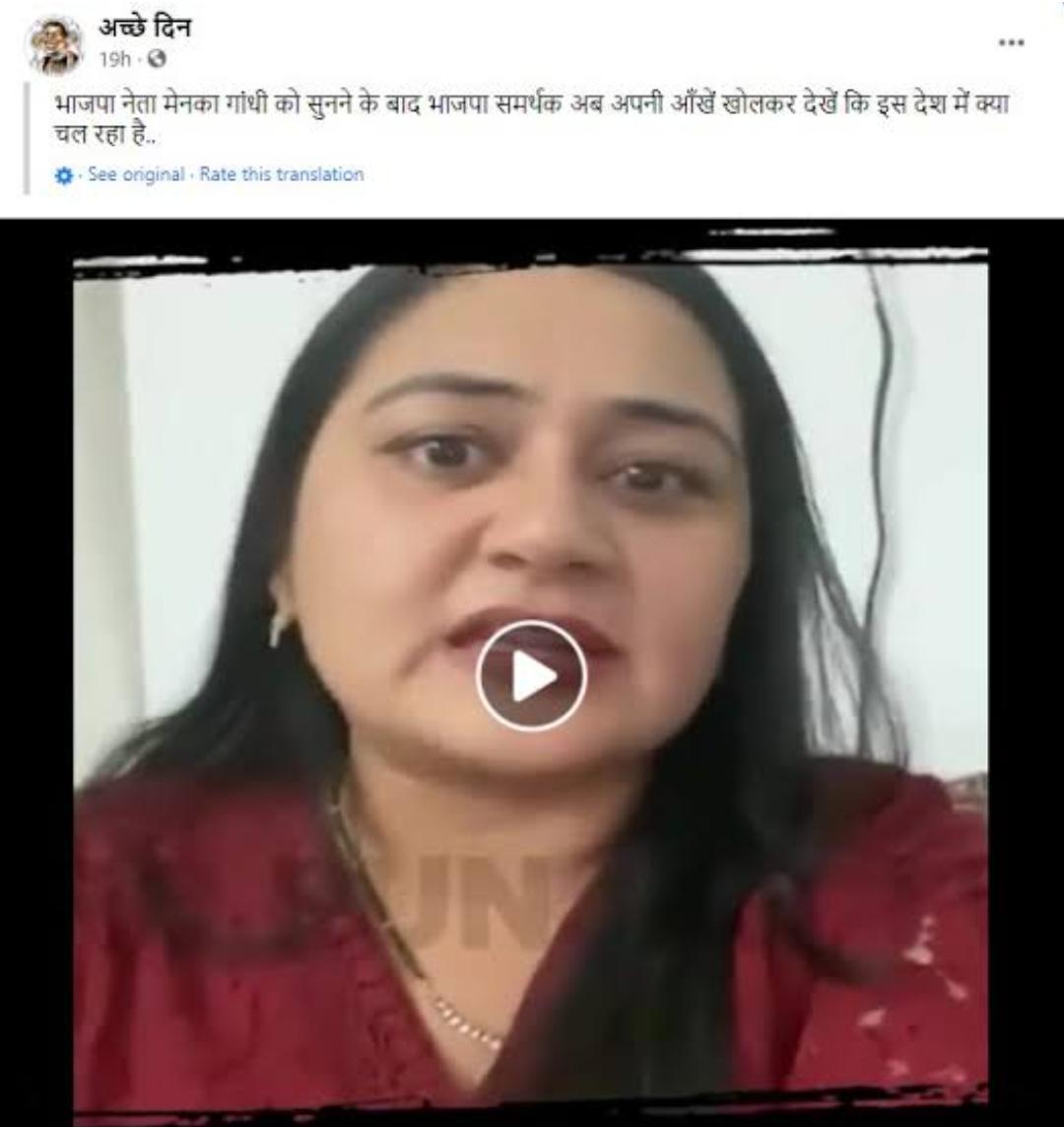 Several users on Facebook and Twitter shared the video with a comparative case, and the chronicled posts can be seen here, here, and here.

The same video is viral on Whatsapp as well.

WHAT WE FOUND OUT

While going through the remarks on one of the viral posts, we tracked down that a Facebook user had referenced that the lady found in the video is one Dolly Sharma from the Indian National Congress.

We at that point discovered an almost 23-minute-long LIVE video on Dolly Sharma's Facebook account dated 20th April and the recording found in the viral video can be seen from 14:15 minutes.

She scrutinized the public authority for its treatment of the second rush of the Covid pandemic. 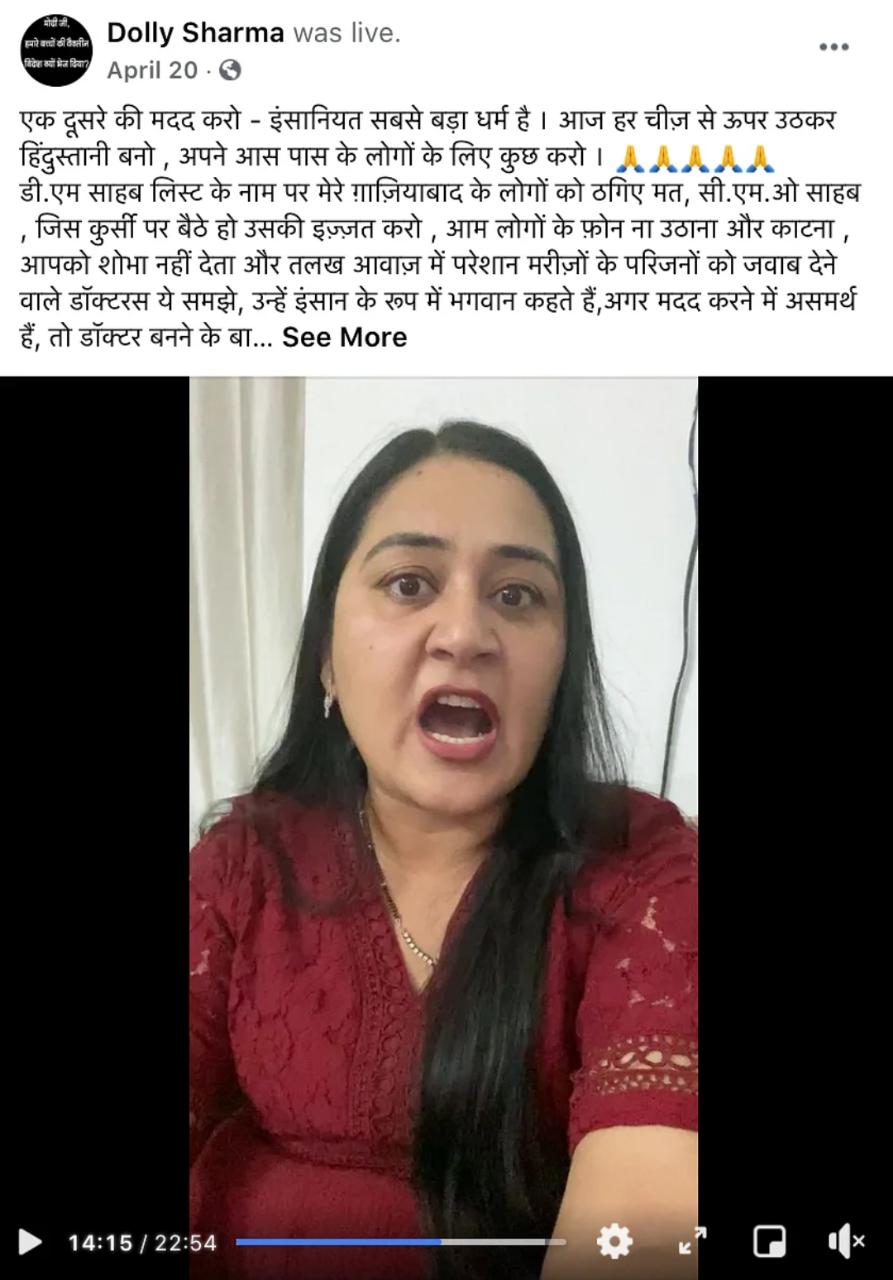 Dolly Sharma is an individual from the Congress party and was a competitor from Ghaziabad for the Lok Sabha elections held in 2019. This can be verified on the MyNeta site.

Clearly, a viral video showing a lady attacking the government has been falsely recognized as BJP's Maneka Gandhi. 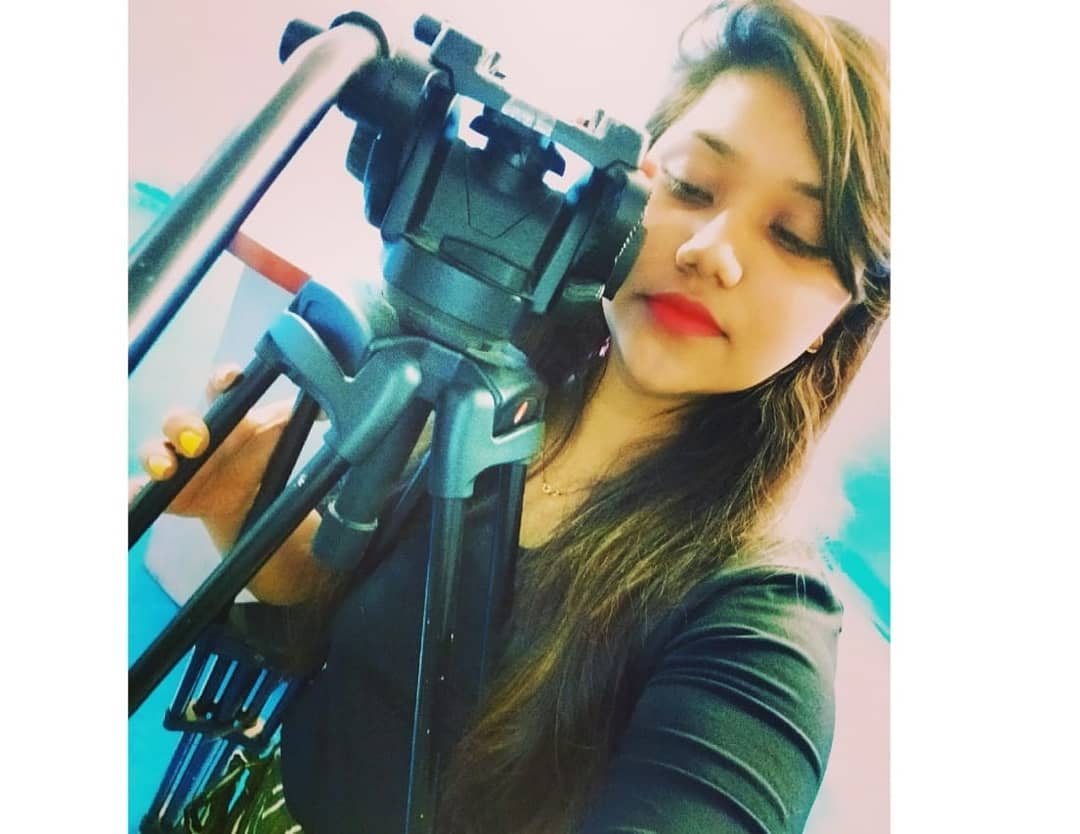