Fact Check: An old video of Acharya Balkrishna in Hospital falsely shared as recent one

An old image from 2019 when Patanjali Ayurved’s Acharya Balkrishna was hospitalized at AIIMS Rishikesh after complaining of suspected food poisoning symptoms is falsely shared with a claim that he was hospitalized after suffering a cardiac arrest.

A video is widely shared on social media in which Patanjali Ayurved’s Acharya Balkrishna can be seen lying on a hospital bed. Ramdev is also seen in the end part of the video. The video is being shared with a claim that Acharya Balkrishna is hospitalized at AIIMS after suffering a cardiac arrest. The video is viral in the backdrop of  Yoga guru Baba Ramdev's statement against allopathy and doctors.

A Facebook page name Rahul Gandhi Friends Club shares the video with a caption, "A video When Patanjali's Balkrishna Ji suffered a heart attack, he was neither given Divya Arjun Kawach nor Anulom Vilom, but he was rushed to AIIMS. And today Ramdev is abusing doctors and allopaths, making fun, this is shameful." (Translated from Hindi) 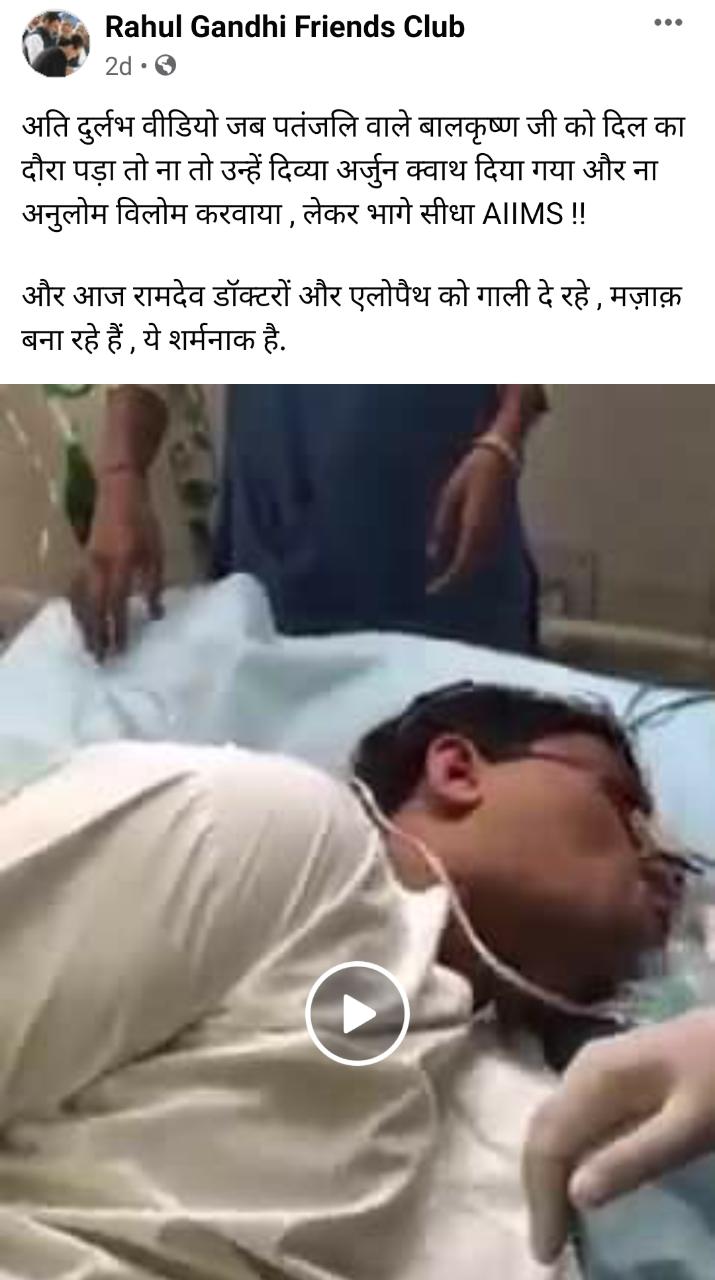 A Twitter user Anil Chaturvedi also shared a picture of Acharya Balkrishna claiming that he is admitted in AIIMS after getting infected with Coronavirus. 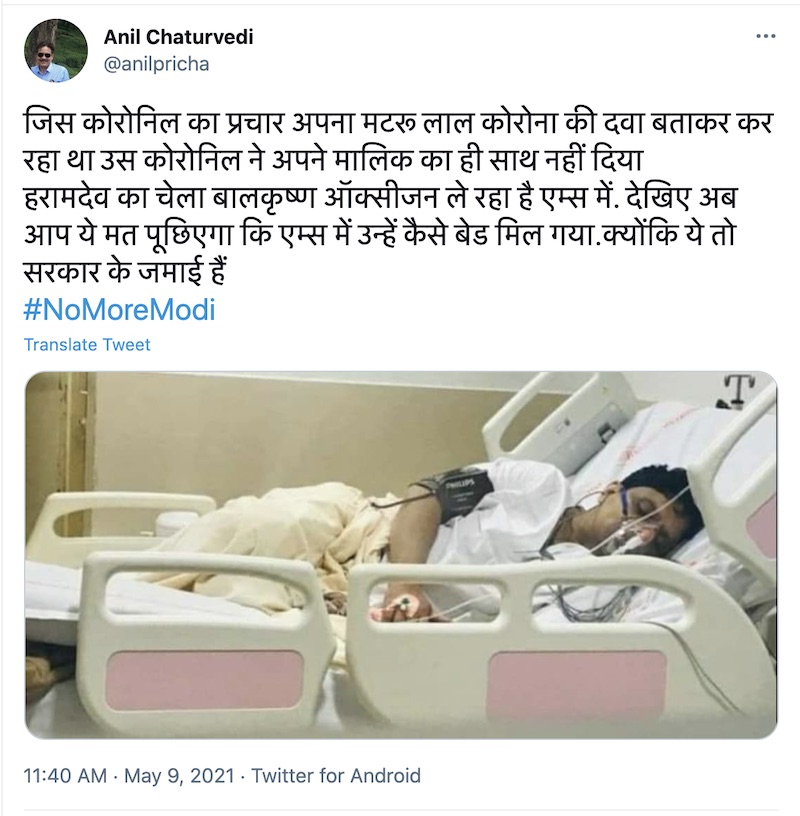 In our investigation, we found that the viral video is misleading. The video is from 2019 when Balkrishna was hospitalized at AIIMS Rishikesh.

After using relevant keywords on Google, we found that the same video was uploaded by a YouTube channel name News360Live on 26 August 2019. The description of the video reads "Baba Ramdev's aide, Balkrishna was rushed to the ICU on Friday at AIIMS, Rishikesh".

According to a report in The Times of India, Balkrishna was admitted to a local hospital in a state of  “altered consciousness”, a medical condition where a patient fails to recognize his immediate surroundings. Later, he was shifted to the intensive care unit of AIIMS Rishikesh. And he was discharged from AIIMS Rishikesh a day later after his vital parameters were found to be normal.

In conclusion, an old image from 2019 when Patanjali Ayurved’s Acharya Balkrishna was hospitalized at AIIMS Rishikesh after complaining of suspected food poisoning symptoms is falsely shared with a claim that he was hospitalized after suffering a cardiac arrest.