Fact Check: A picture of Sonia Gandhi with ‘How to Convert India into Christian Nation book is Morphed

The picture of a book titled “How to Convert India into Christian Nation”, along with the Holy Bible and a statue of Jesus Christ, on a bookshelf behind Sonia Gandhi is morphed.

A picture of Congress President Sonia Gandhi with a book titled “How to Convert India into Christian Nation” on a bookshelf behind her can be seen is widely shared on social media. In this image, a statue of Jesus Christ and a Holy Bible is also seen.

A Facebook user name The Parpanch shares a picture with a claim that "See the name of the book in the red circle “How to Convert India into Christian Nation”. Any further proof required?" 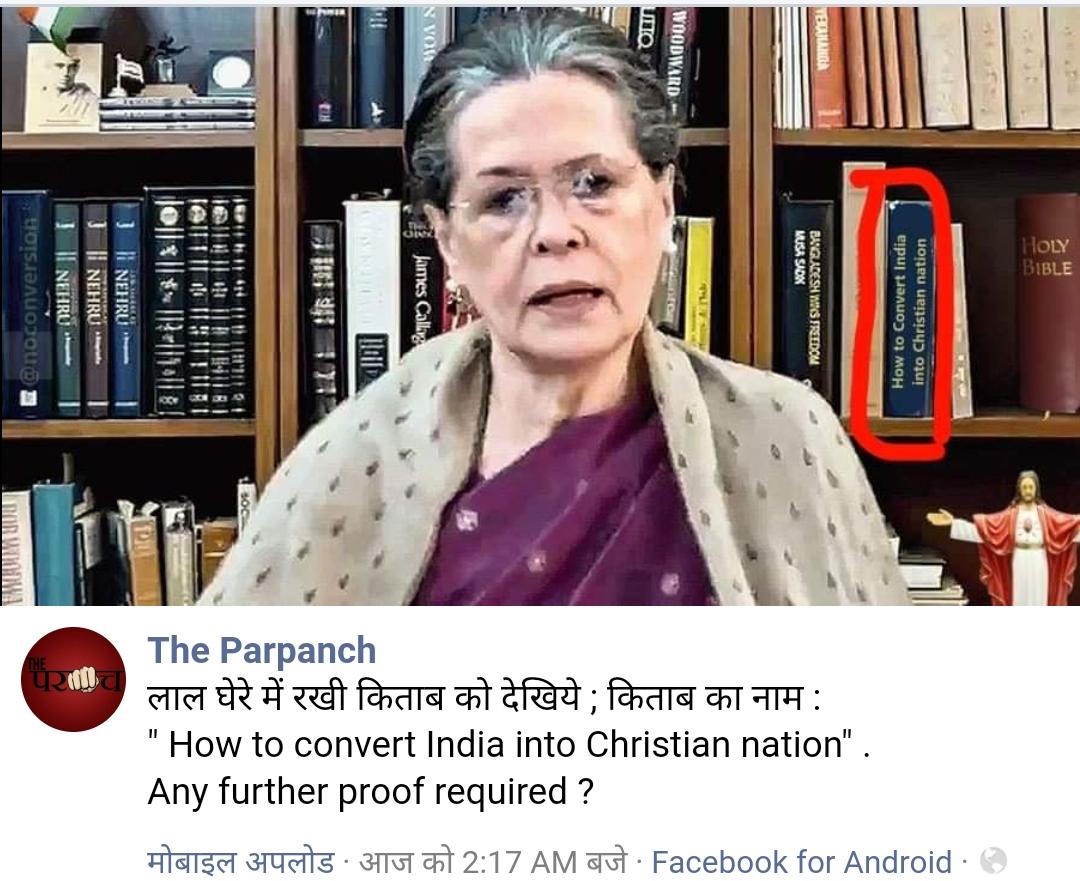 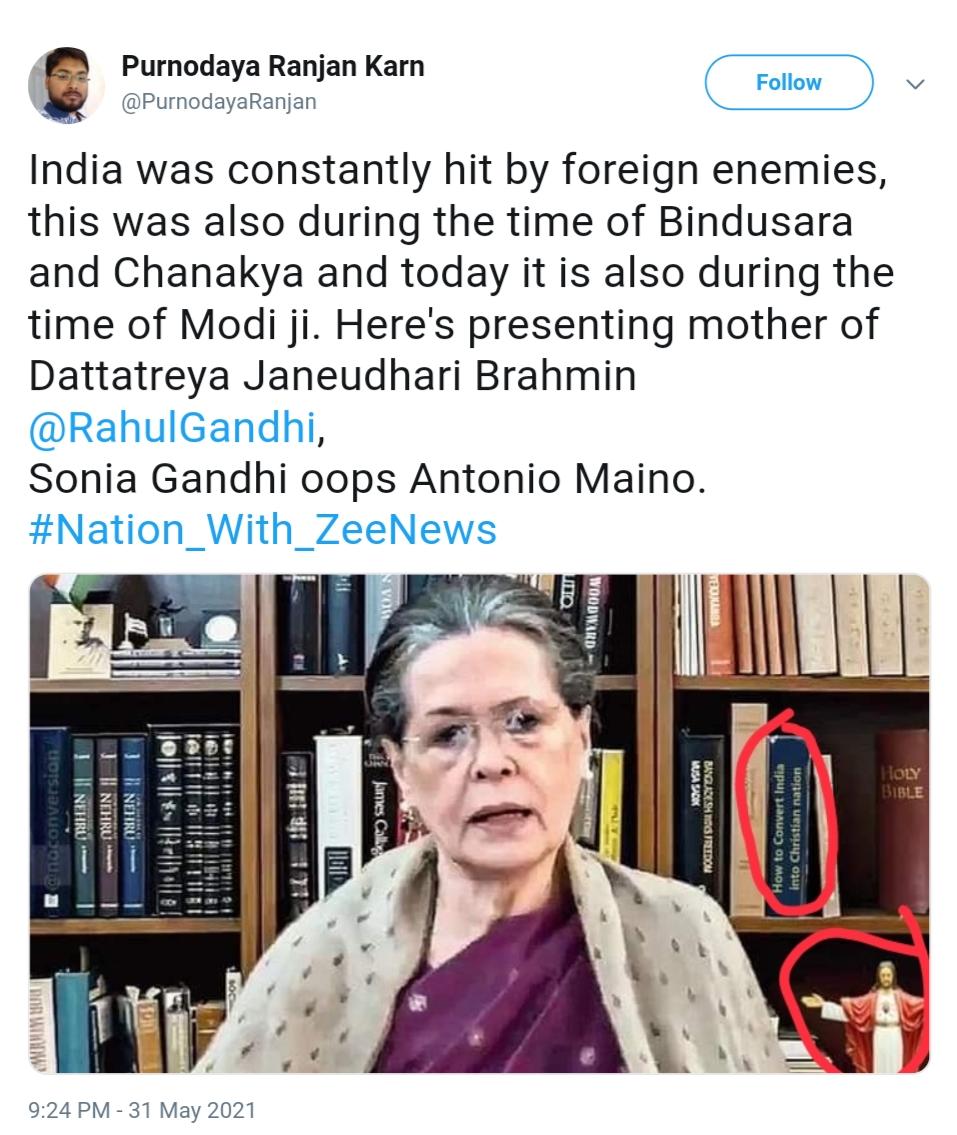 In our investigation, we found that the viral claim is misleading and the viral image is edited.

After doing reverse image search on Google, we found a news article from Hindustan Times which carried the real image. The image was attributed to news agency PTI. 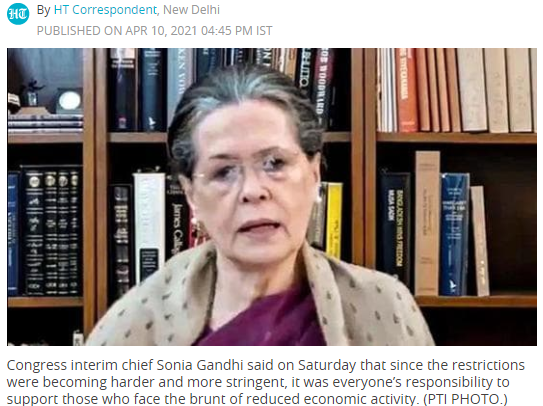 The video was tweeted by Rahul Gandhi on October 27, 2020, from which the original photo was taken. In the video, Sonia Gandhi is appealing to the citizens of Bihar to vote for the Mahagathbandhan ahead of assembly elections in the state held in 2020. 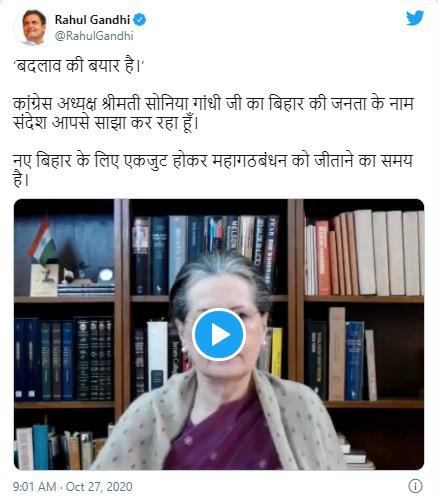 We also compared both the viral and original image and found that in the viral image the text “How to Convert India into Christian Nation” is edited into a blue book on the shelf behind her.  Also, the space where the Holy Bible and a statue of Jesus Christ are seen in the viral photo is empty in the original photo.

In conclusion, the picture of a book titled “How to Convert India into Christian Nation”, along with the Holy Bible and a statue of Jesus Christ, on a bookshelf behind Sonia Gandhi is morphed.