A video of a BJP worker getting thrashed by a group of cops in Maharashtra falsely shared with a claim that he is an ambulance driver who had disconnected oxygen supply to COVID-19 patients.

A video is getting viral on social media in which a group of police personnel can be seen thrashing a man at a hospital. The video is being shared with the claim that he is an ambulance driver who is getting beaten for allegedly turning off the oxygen cylinder supply for earning more money.

A Twitter user name Point of view shares the video with a caption, "Where are Human Rights activists! See, the police caught an ambulance driver who turned off the oxygen line at the hospital in Nizamabad, Telangana The reason: No one is dying for the last 2-3 days. The ambulance is not getting any business" 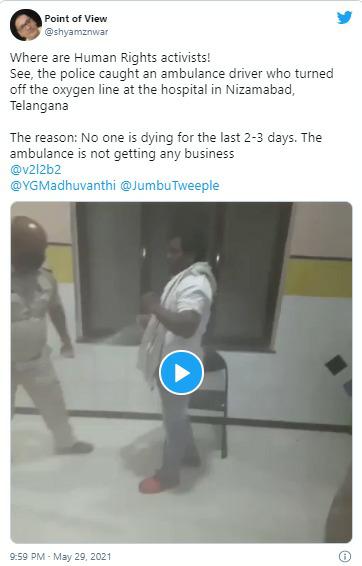 In our investigation, we found that the viral claim is misleading. The man was beaten up by the police for allegedly ransacking the ICU of the hospital after the death of a patient.

After doing reverse image search on Google using related keywords, we found a news report. The report stated that the incident took place on April 9, in Deepak Hospital Jalna, Maharashtra. A 26-year old gym owner Darshan Dewawale was seriously injured in an accident and was admitted to Deepak hospital, where he died on April 9. Shivraj along with his supporters ransacked and broke the ICU of the hospital after the death.

A police sub-inspector and four constables was suspended within 24 hours of the video showing a police team beating up BJYM district secretary Shivraj Narayanwale went viral on social media.

We also found the same video published by ABP Majha on 27 May in which the whole incident was reported. 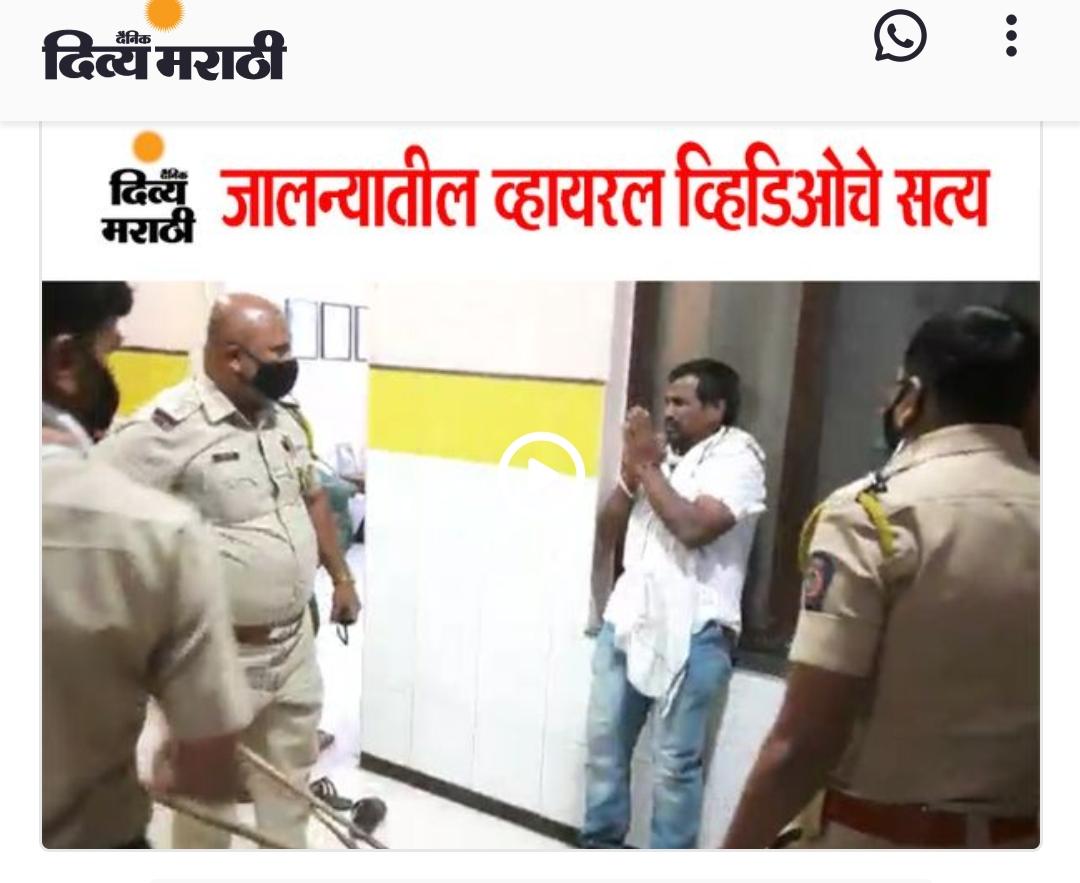 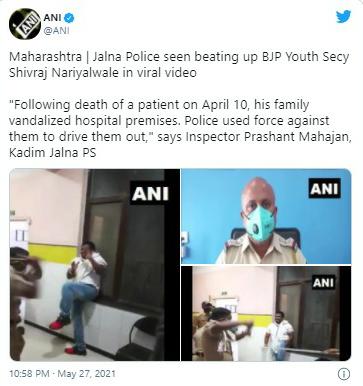 According to the report in The New Indian Express,  a group of youths beat up doctors and went on a rampage in the ICU following the death of a patient. The patient had suffered injuries in a road accident and admitted to the hospital where he died. However, the relatives of the deceased accused the doctors of negligence. Some angry youths barged into the ICU, beat up some doctors, and broke the glasses.

In conclusion, a video of a BJP worker getting thrashed by a group of cops in Maharashtra falsely shared with a claim that he is an ambulance driver who had disconnected oxygen supply to COVID-19 patients. The man was beaten up by the police for allegedly ransacking the ICU of the hospital after the death of a patient.