Fact Check: A video of a police officer being thrashed in Ahmedabad last year falsely shared as recent

A last year's video of some people thrashing a drunk policeman for misbehaving in Ahmadabad falsely shared as a recent one from Hyderabad’s Kondapur area.

A video is getting viral on social media in which a policeman is being thrashed by several men with sticks. Through this video, it is being claimed that the incident took place in Hyderabad’s Kondapur area.

A Twitter user name Sai Suman share the video with a caption, "It happened in Hafeezpet yesterday night in Front Warriors police who working hard for public health in this pandemic time beating police is not correct @KTRTRS @TelanganaDGP @CPHydCity should take action against them no one should dare to touch police department." 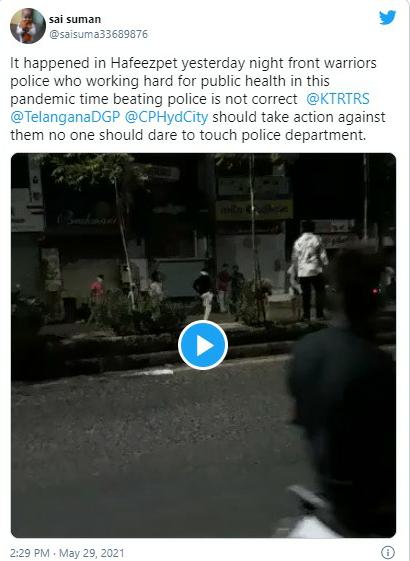 The same video is also widely shared on Facebook with a claim that "This is how the Police force is treated by the common peace-loving citizens in Hyderabad, Kondapur on 29.05.2021." 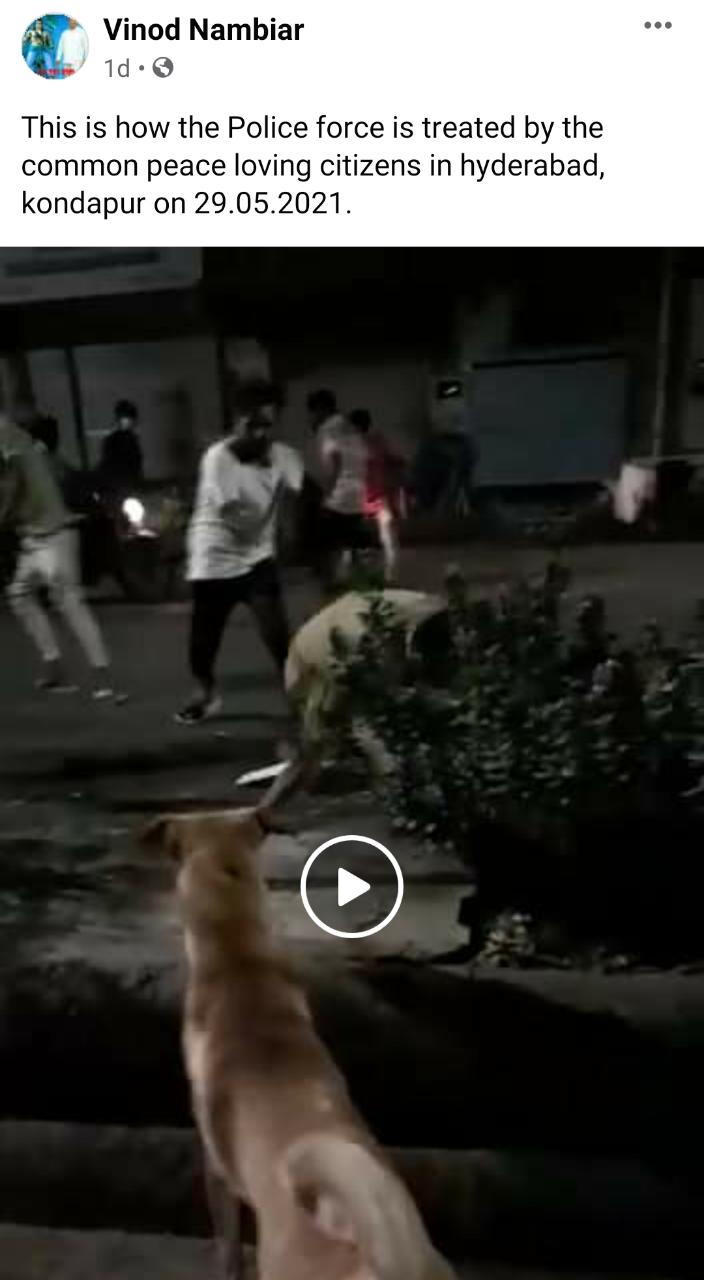 In our investigation, we found that the viral claim is misleading. The incident took place in Ahmedabad in October last year

After using related keywords on Google, we found a news report published on October 21, 2020, in which the stills of the viral video can be seen. As per the report, the incident took place in Ahmadabad, Gujarat where a group of five people was passing along the road. At the same time, a drunk policeman started arguing with them. The group then thrashed the policeman for misbehaving. 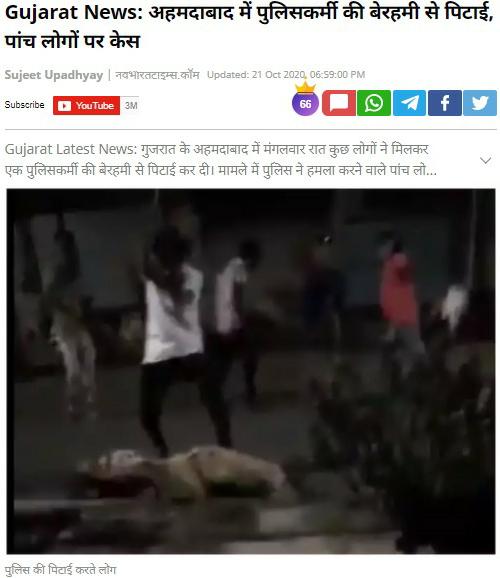 After the video went viral on social media Cyberabad Police took to Twitter and clarified that no such incident has taken place anywhere in Cyberabad and this news is fake. Legal action will be initiated against persons who share such false information with ulterior motives. 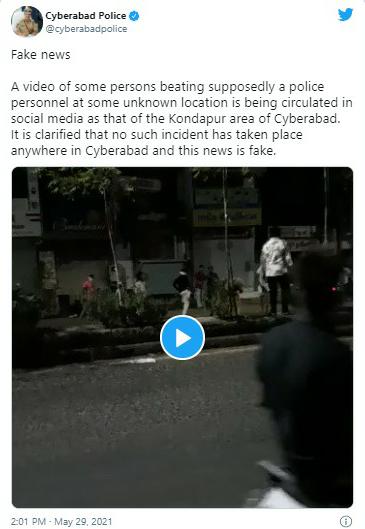 In conclusion, a last year's video of some people thrashing a drunk policeman for misbehaving in Ahmadabad falsely shared as a recent one from Hyderabad’s Kondapur area.