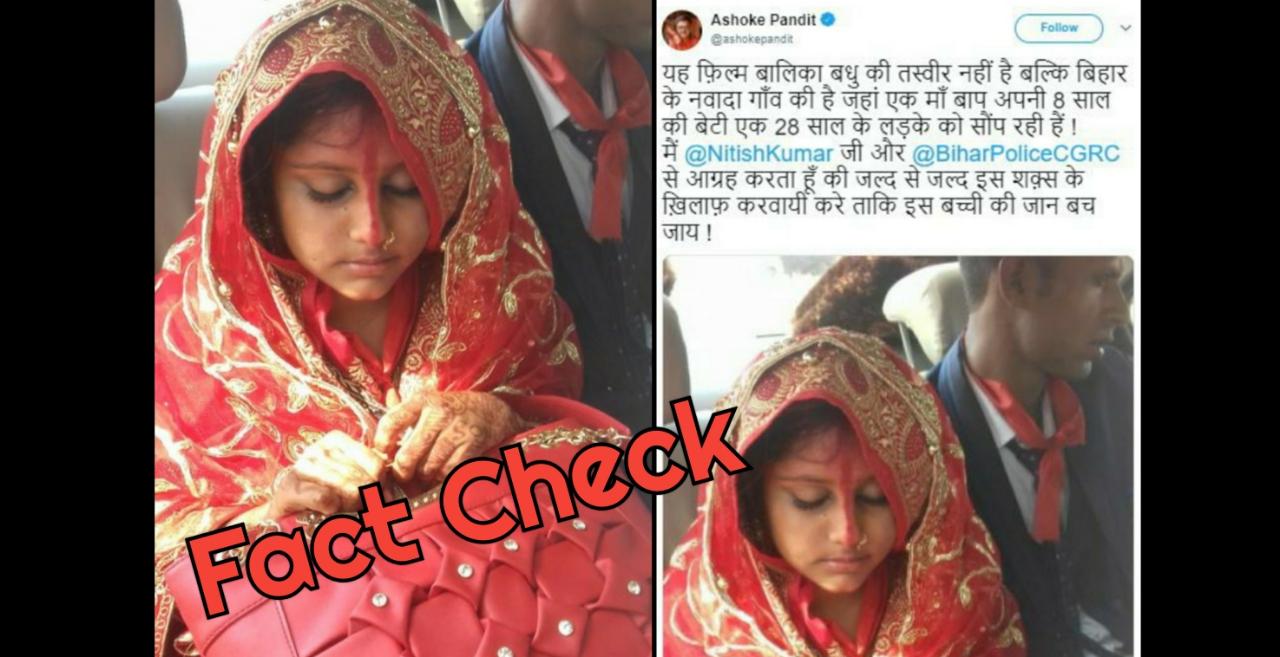 The viral claim is false that an 8-year-old minor girl has been married to a 28-year-old man in the Nawada district of Bihar. The girl is 19-years-old and not a child. The girl is an adult and is legally eligible for marriage.

A  picture of a girl seen in a bridal dress is getting viral on social media claiming that an 8-year-old minor girl has been married to a 28-year-old man in Nawada district of Bihar.

Zee Hindustan journalist Tushar Srivastava shares a picture on Twitter with a caption in Hindi that can be roughly translated to "A hurtful photo of Bihar's Nawada district speaks about the poverty and helplessness. What could have been the parents' situation that they married their 8-year-old daughter to a 28-year-old man. Even after 70-years of freedom, these images shook us from within". 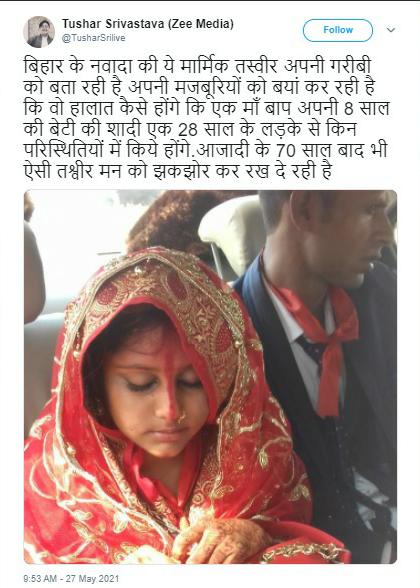 Indian Filmmaker Ashok Pandit also tweeted the same picture with a caption that can be translated to "This is not a picture of Balika Vadhu film, but of a village in Nawada,  Bihar, where a parents' married their 8-year-old daughter to a 28-year-old man. I urge Nitish Kumar and Bihar Police to please take action against this person as soon as possible so that the life of this girl is saved!" (Translated from Hindi) 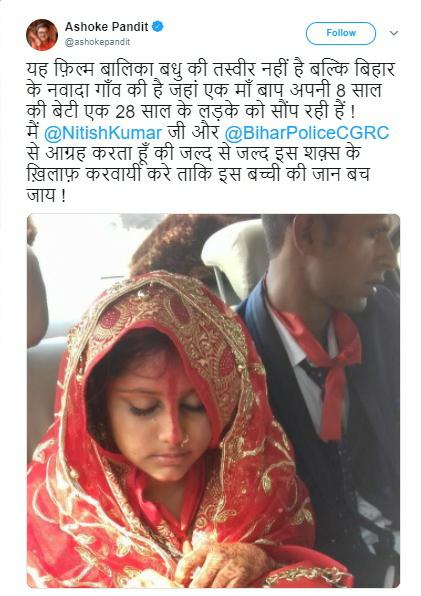 We searched on google using related keywords and found a news report of News18. The report stated that the girl is identified as Tanu Kumari who is 19-year-old and her date of birth is 1 January 2002. Tanu Kumari told that her aunt had given the information about the fake post on social media. Tanu Kumari got married to Sonu Kumar of Varsha village in Sheikhpura district on April 26. 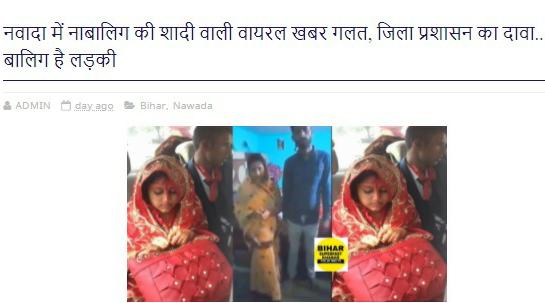 The  District Administrator also debunked the viral claim through a Press Release. 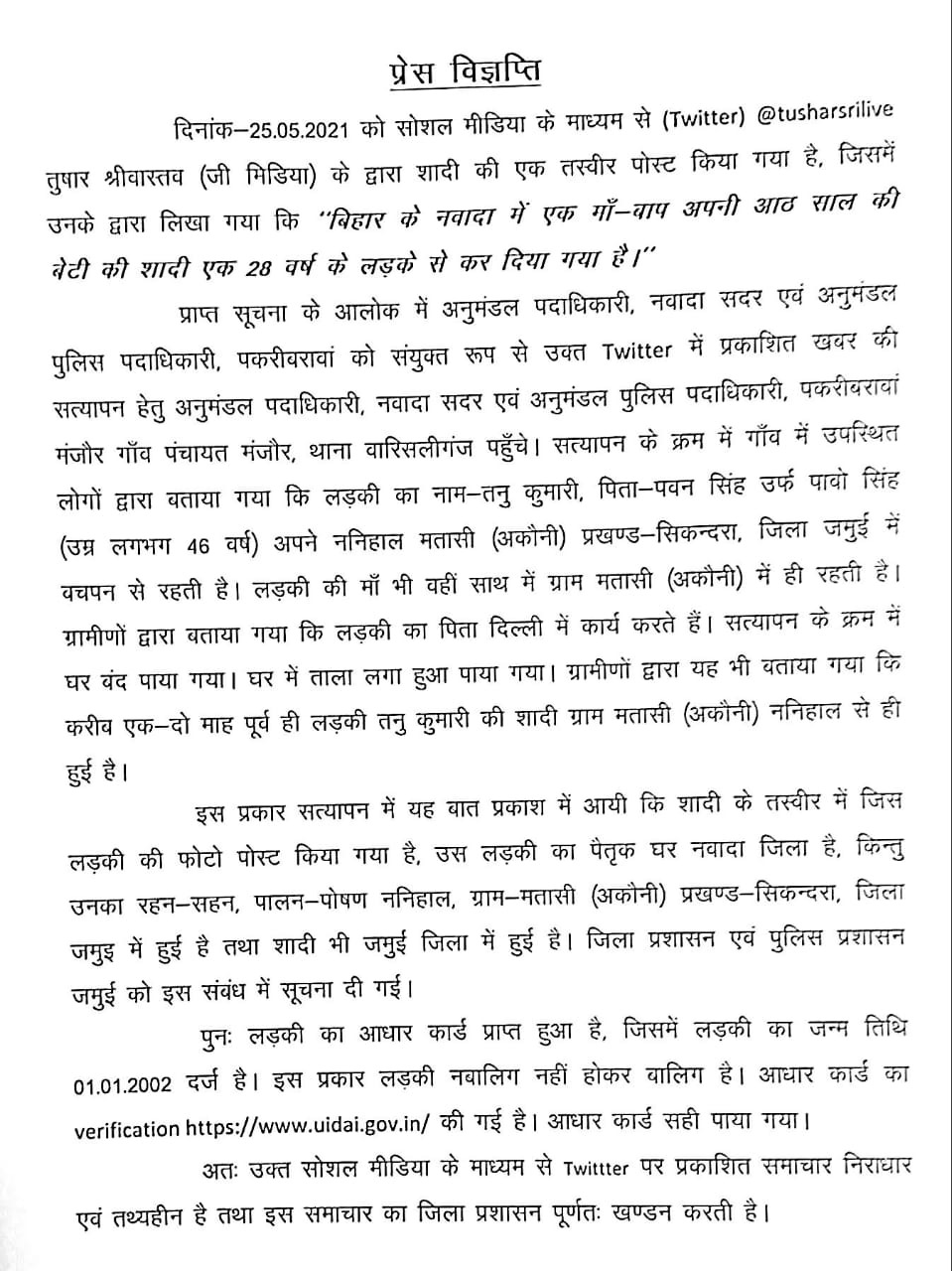 News 18 Bihar also tweeted a video. The girl's birth date is January 1, 2002, and that she was married with the mutual consent of both families. 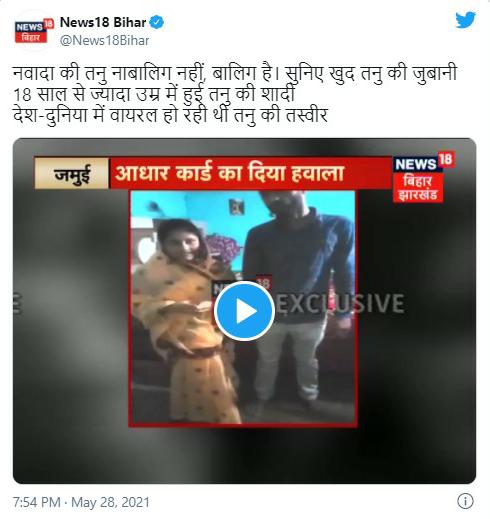 In conclusion, the viral claim is false that an 8-year-old minor girl has been married to a 28-year-old man in the Nawada district of Bihar. The girl is 19-years-old and not a child. The girl is an adult and is legally eligible for marriage.