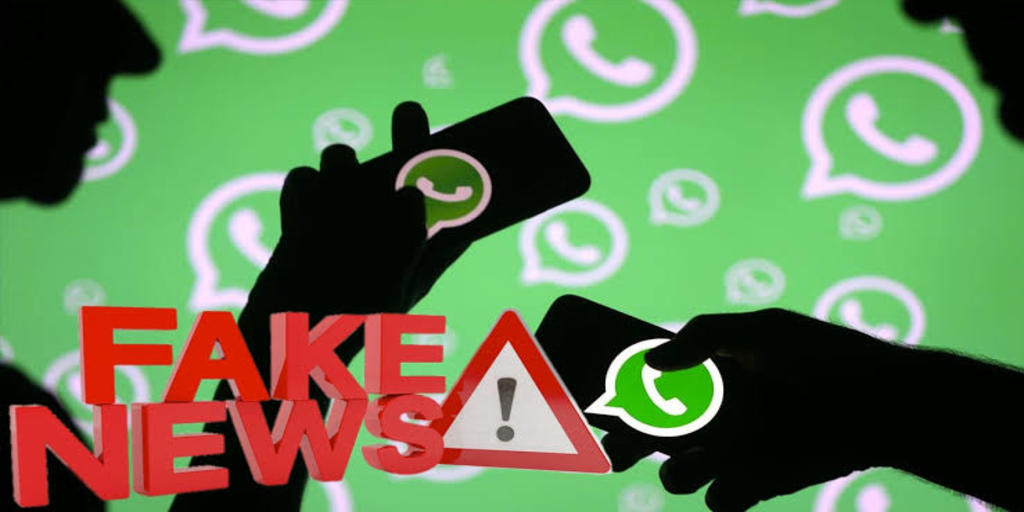 A message has been circulating all over social media claiming once the new communication rules are implemented, all your WhatsApp calls will be recorded and your social media accounts will also be monitored, has turned out be fake.

WhatsApp had moved the Delhi High Court against the Centre's new IT rules. The move challenged the Centre's recent rules for social media that will ensure to trace the message. The Facebook-owned messaging platform has therefore argued that traceability provision is against the individual's fundamental right to privacy. It has also urged the court to declare the traceability provision unconstitutional and prevent criminal liability to its employees for non-compliance.

A message has been making rounds on social media claiming that once the new IT rules are implemented, your calls and messages are going to be recorded and it also warns the users that their social media accounts are also going to be monitored. The fake message also claims that your devices will get 'connected to the ministry system'. The viral message also asserts that the Facebook-owned company has implemented a new tick system, allowing users to find out if the messages they are sending are being checked by the government. "If you see three blue ticks on your WhatsApp message that means the government has taken note of your message, If you see two blue ticks and one red tick that means the government can take action against you, two reds and one blue tick means that the government is checking your information, and three red ticks mean that the government has started proceedings against you and you’ll get summoned to court soon." This message has been forwarded many times on WhatsApp. 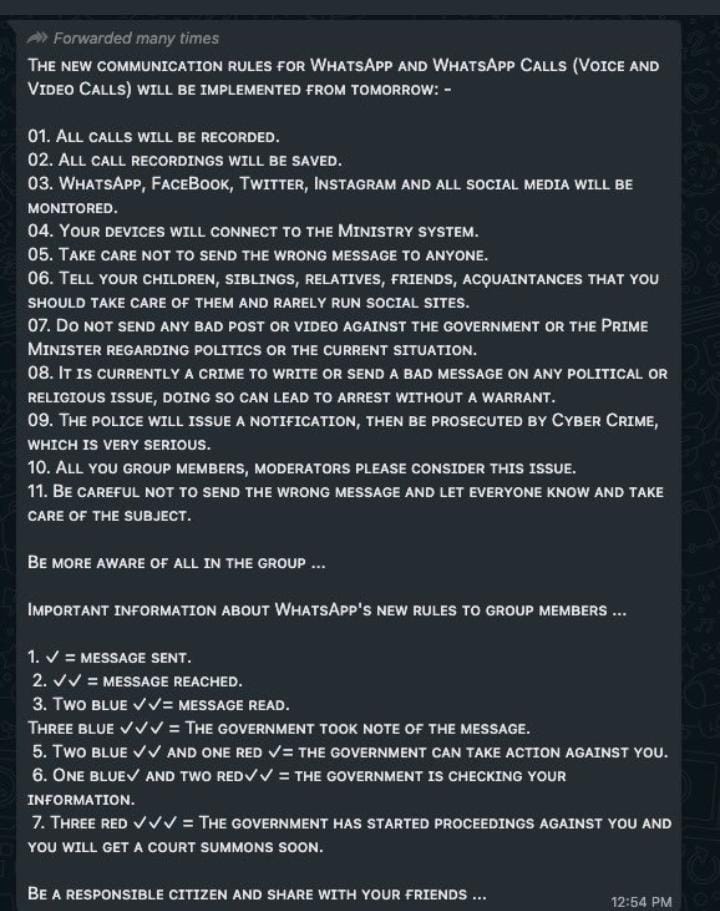 In our investigation, we found that the viral message which has been widely forwarded on WhatsApp is fake. WhatsApp has not implemented any new communication rules and there is no such feature as three red ticks or three blue ticks. 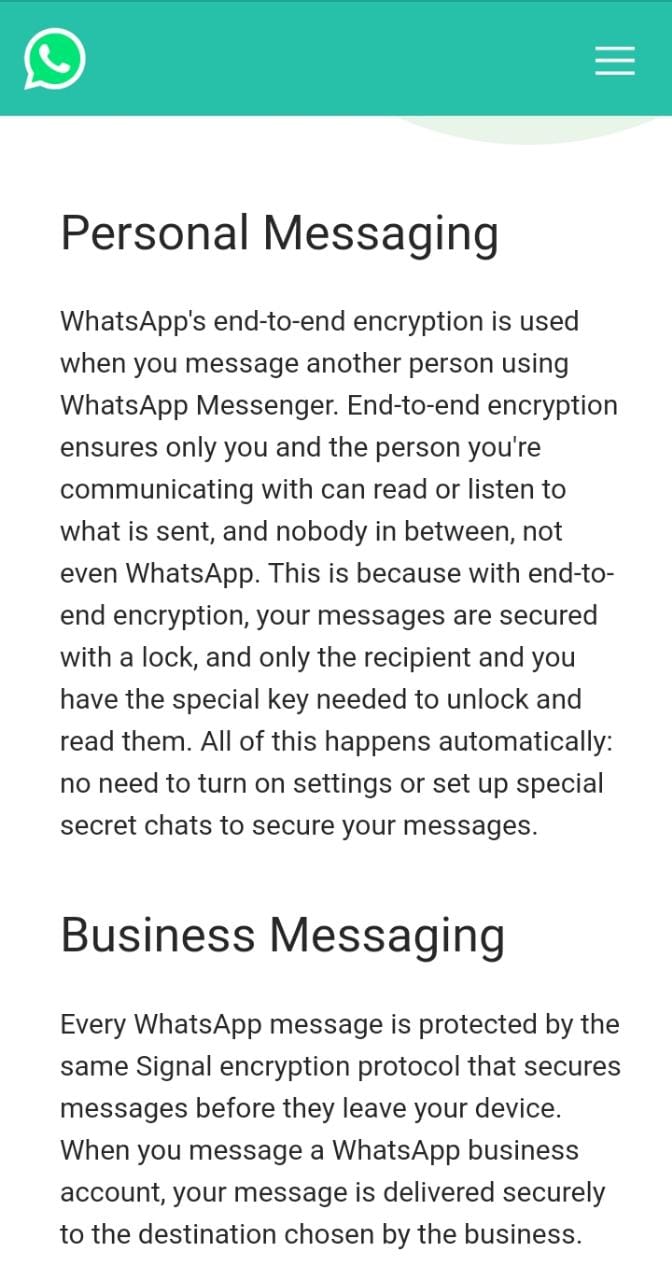 WhatsApp maintains private and end-to-end encryption, which means that no one, including Facebook, the government or any third party can read or have access to your messages. You can read about the WhatsApp message privacy here.

PBI has also retweeted its 24 march 2020 tweet with caption "Do not fall for such #Whatsapp messages being circulated. No such thing is being done by the Government. However, everyone is advised to not share any false news/misinformation concerning #CoronavirusInIndia" 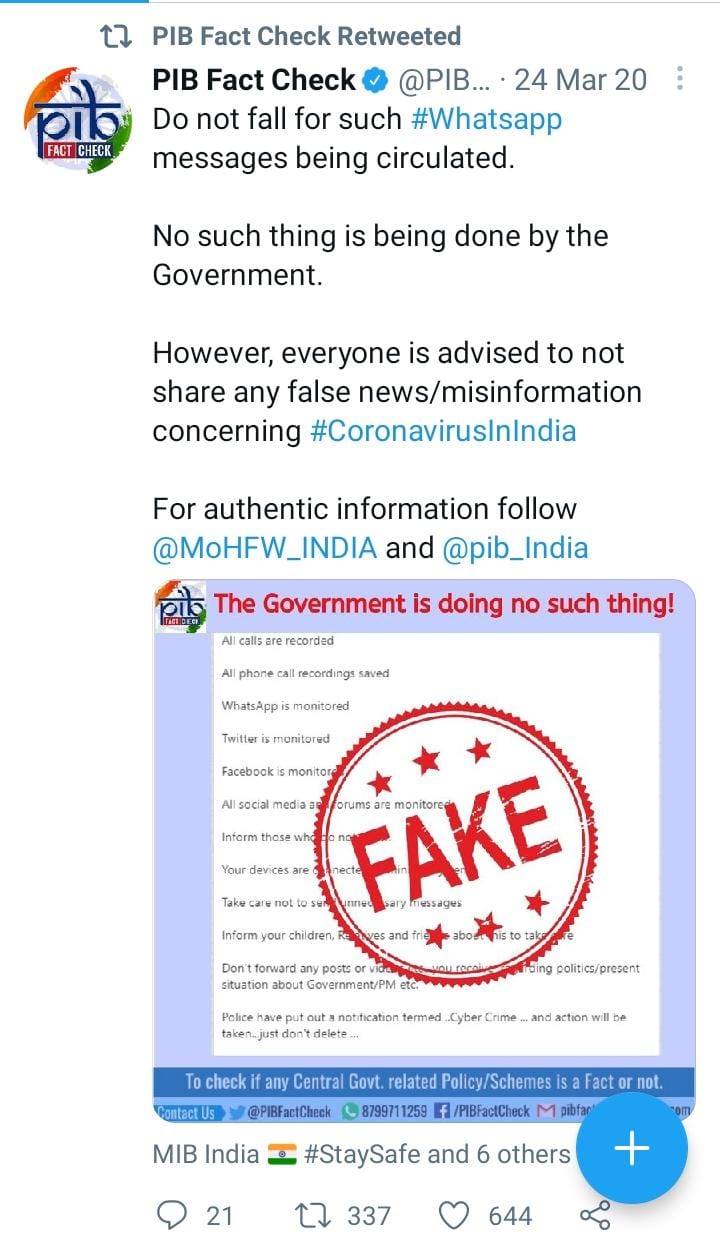 In conclusion, the message which has been forwarded many times claiming that the govt has initiated action against you if you see three red ticks on WhatsApp is fake and misleading people, users should not forward this message.