Fact Check : Viral video of a woman being gang-raped not related to the Jodhpur suicide case

The viral video of a woman being gang-raped not related to the Jodhpur suicide case of the Nagaland girl. Both the incidents are different. However, all ' rapists' of the viral video have been arrested by Bangalore police, and the accused and the victim are Bangladesh nationals.

A disturbing video is getting viral on social media in which a woman can be seen brutalised, and sexually assaulted, and stripped by a group of males including another lady with a claim that the woman in the video was the late Lovikali Sumi, a Nagaland resident who had committed suicide in Jodhpur, Rajasthan.

A Twitter user name Mir Mujtaba Ali share a post with a claim that "Why North Eastern people are not Safe? A girl from the North East is brutally raped and tortured in Jodhpur. Why media is silent on this. Shame justice for Lovi Assumi. #justiceforloveiassumi" 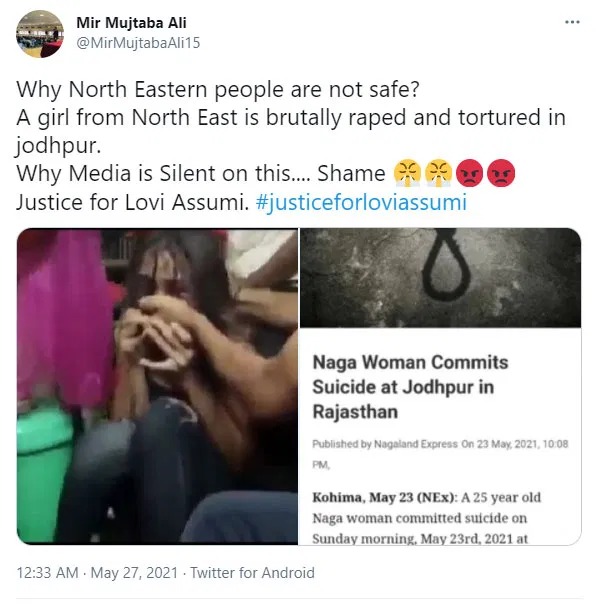 In our investigation, we found that the viral claim is misleading and the video of a woman being gang-raped is not related to the Jodhpur suicide case of the Nagaland girl.

Using related keywords on Google "Lovikali Sumi", we found a report on Eastern Mirror a Nagaland news website according to which a 25-year-old Naga woman committed suicide on Sunday morning, May 23, 2021 at Jodhpur in her rented room. Naga students Union Rajasthan informed that the deceased originally from Dimapur District and working at Naveen juice restaurant in Jodhpur.  As per the report, the post-mortem report stated ‘natural suicide’ as the cause for the death.

Her mortal remains were buried in Jodhpur itself with the help of “Helping Hands Society.” Robin Hibu, IPS, and Naveen, the owner of the restaurant, bore the expenses and made the burial arrangements. She was buried at the New Christian cemetery in Jodhpur on Sunday evening around 6:30 PM. 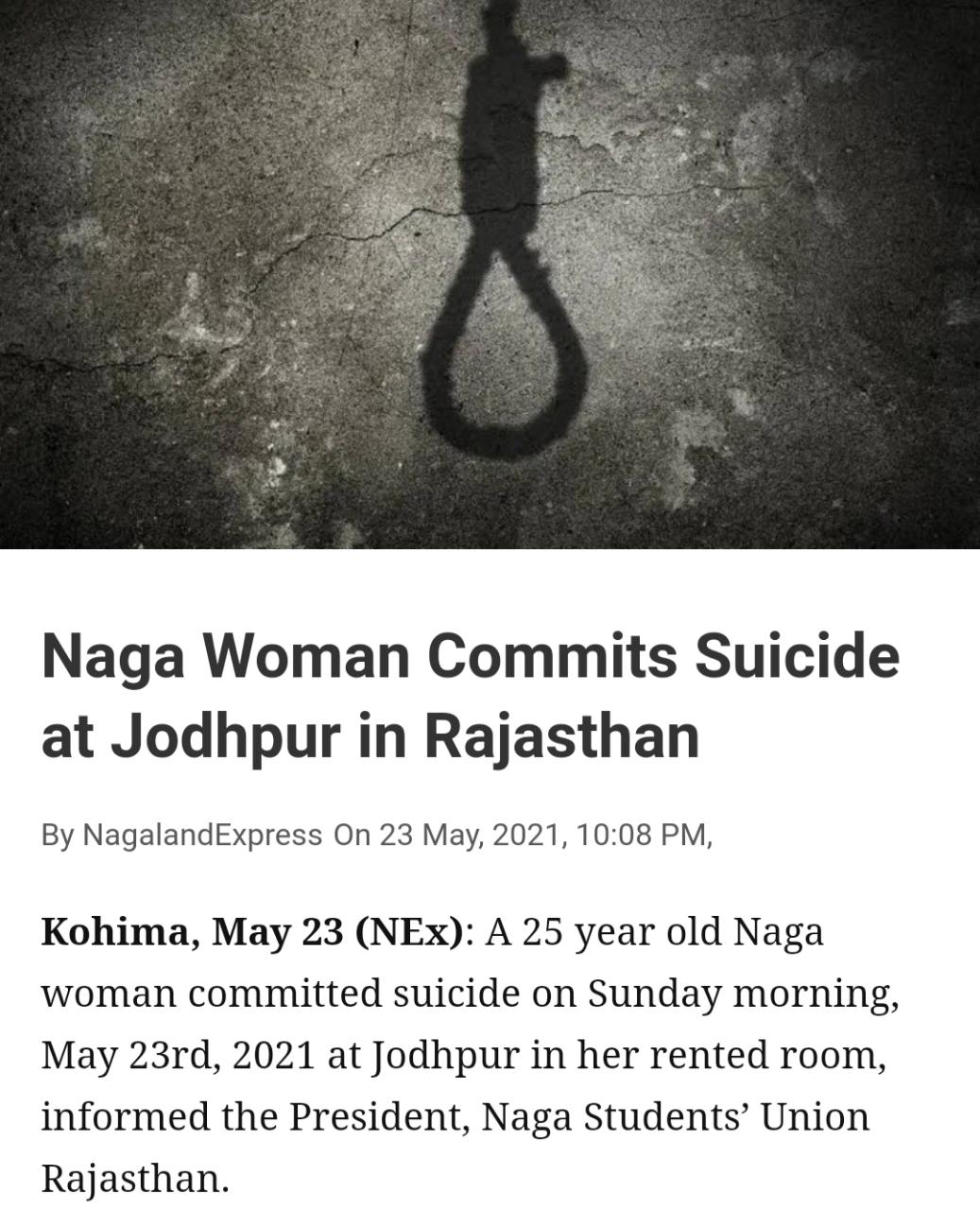 The viral video is not related to the Jodhpur suicide case

The video is not related to the 25-year-old Naga girl, confirmed IPS Robin Hibu. IPS Robin Hibu said, "We are trying to identify the girl who has been assaulted and stripped by a group of males, also the perpetrators for further action. The video is not related to the naga girl suicide case of late Lovikali Sumi at Jodhpur, the sister of the dead girl and Police have verified the video, it's not the suicide girl, who is in the video. Have already informed Gujarat Police, Mizoram Police and Rajasthan Police. Some miscreants have dubbed it as the same case as the Jodhpur Naga girl suicide case. I have spoken personally to DCP Jodhpur now. Robin Hibu IPS President Helping Hands Delhi." 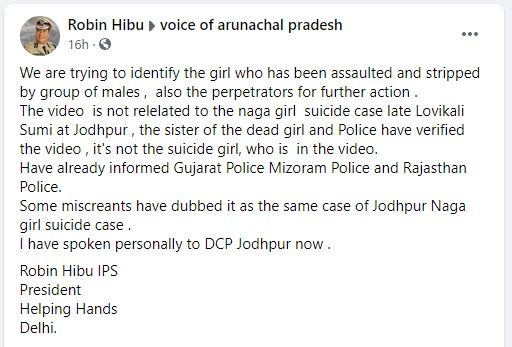 Union Minister Kiren Rijiju tweeted on May 26 and confirmed that “The viral video of a girl from North-East being brutally raped and tortured by 4 men & 1 woman is not related to Jodhpur suicide case. I had a detailed discussion with the Police Commissioner of Jodhpur".

Meanwhile, the Assam Police has issued photographs of the accused and offered a reward for any information on the five (5) culprits who were seen brutally torturing a young girl in the viral video. 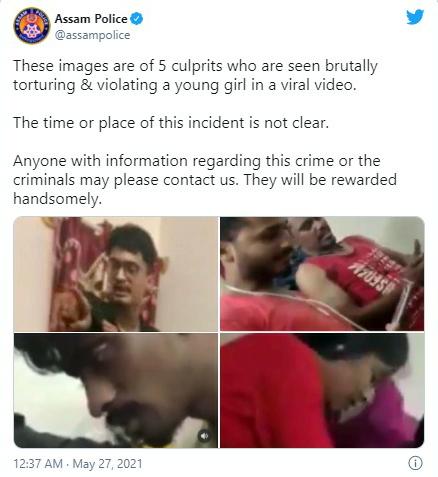 According to a report of The Indian Express, the Bengaluru police on Thursday, 27 May arrested five people in connection with the case of alleged rape and torture of a woman in Ramamurthy Nagar. The accused have been identified as Sagar, Mohemmed Baba Sheikh, Ridoy Babu, and Hakeel. The woman who was seen in the video is still at large.

As per the information revealed so far, all of them are part of the same group and believed to be from Bangladesh and all have been residing in a rented house for few years illegally. Due to financial differences, the culprits brutalized the victim, who is also said to be a Bangladeshi and was brought to India for human trafficking,” a senior police official said, adding that the incident may have taken place last week.

According to the Assam police, the gang themselves recorded the incident and shared the video with their friends in Assam and other parts of the northeast.

In conclusion, the viral video of a woman being gang-raped not related to the Jodhpur suicide case of the Nagaland girl. Both the incidents are different. However, all ' rapists' of the viral video have been arrested by Bangalore police, and the accused and the victim are Bangladesh nationals.