In the video, at 5 minutes 14 seconds, an image of a man occurs claiming that the man seen in the video is Manik Moitro, who died in Sitalkuchi in the post-poll violence. 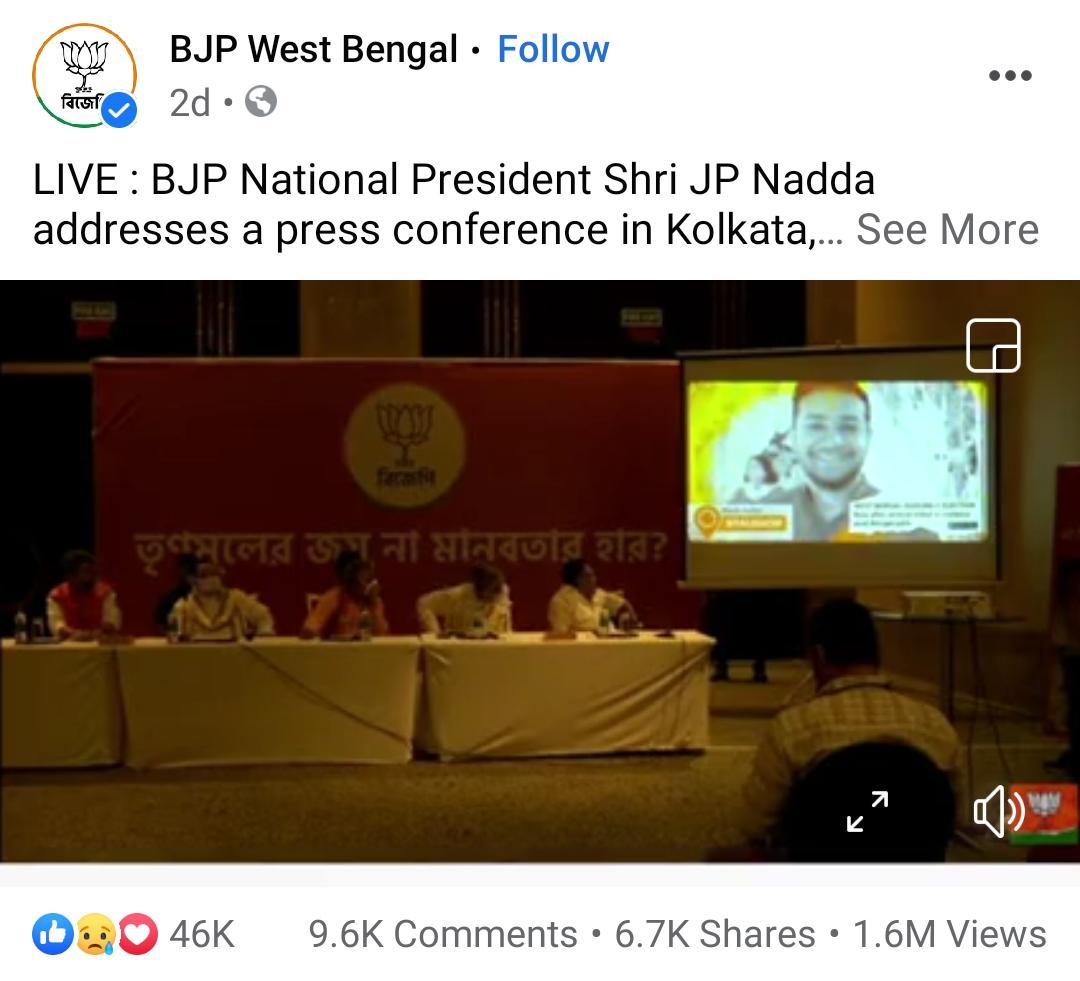 In our investigation, we found that the viral image used in the video as Manik Moitro is actually of a journalist of India Today whose name is Abhro Banerjee.

On May 6, India Today journalist Abhro Banerjee himself took to Twitter and confirmed that the image shared by BJP West Bengal is of him and not Manik Moitro. He tweeted, "I am Abhro Banerjee, living and hale and hearty and around 1,300 km away from Sitalkuchi. BJP IT Cell is now claiming I am Manik Moitra and died in Sitalkuchi. Please don't believe these fake posts and please don't worry. I repeat: I am (still) alive." 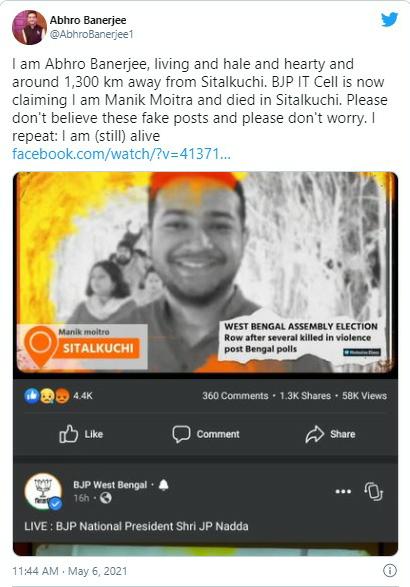 As per the article of India Today, Abhro Banerjee said "I woke up a little late this morning and saw over 100 missed calls. Even before I could check what happened, my friend, Arvind, told me that the BJP IT cell has used my picture in place of Manik Moitro who had allegedly died in Sitalkuchi.". I was shocked as I am 1400 km away and the kind of misinformation can be quite damaging.

The photograph used with the name 'Manik Moitro' was picked up from the author page of Abhro Banerjee on the IndiaToday.in site, who is currently in Delhi.

The BJP clarified that the error was due to a "hyperlink". The statement of BJP reads, "The image of Mr Abhro Banerjee was erroneously included in the video while using an article by him as a source for the content". 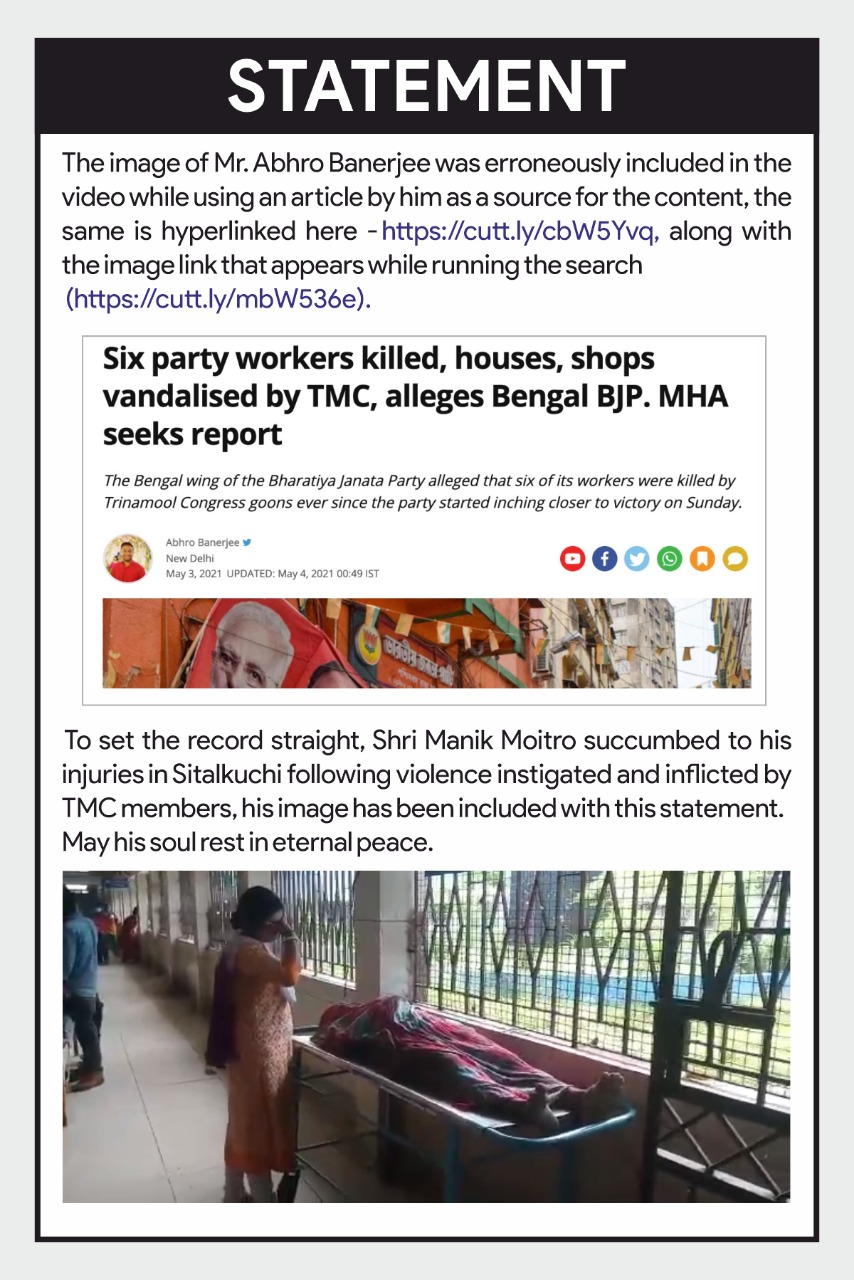 BJP reiterated that Manik Moitro indeed succumbed to his injuries in Sitalkuchi following violence instigated and inflicted by TMC members. His image was also included in the clarification post.

After the Trinamool Congress emerged victorious, various instances of post-poll violence have even reported from Bengal. The BJP has alleged that TMC-backed “goons” have killed a number of its workers, vandalised houses, looted shops, attacked women.