A video of a daughter fights mother to give water to Covid positive father in Andhra Pradesh is shown related to post-poll violence in West Bengal. The incident is not connected to the ongoing violence in the state.

Multiple instances of violence, loot, and plunder have been reported across West Bengal since 2 May, after the results for the Legislative Assembly elections were declared and the Trinamool Congress (TMC) came back to power with a massive majority.

Amid this, several social media users shared a video of a girl resisting an elderly woman who was giving water to a man lying on the ground claiming that the man has been a victim of the ongoing violence in the state. Social media users are sharing these videos and demanding the central government to impose President Rule in the state.

A Twitter user name Sandeep Thakur shared the video with a claim that "The matter cannot be solved by strikes, give control to the army and impose President’s rule in Bengal"(Translated from Hindi) 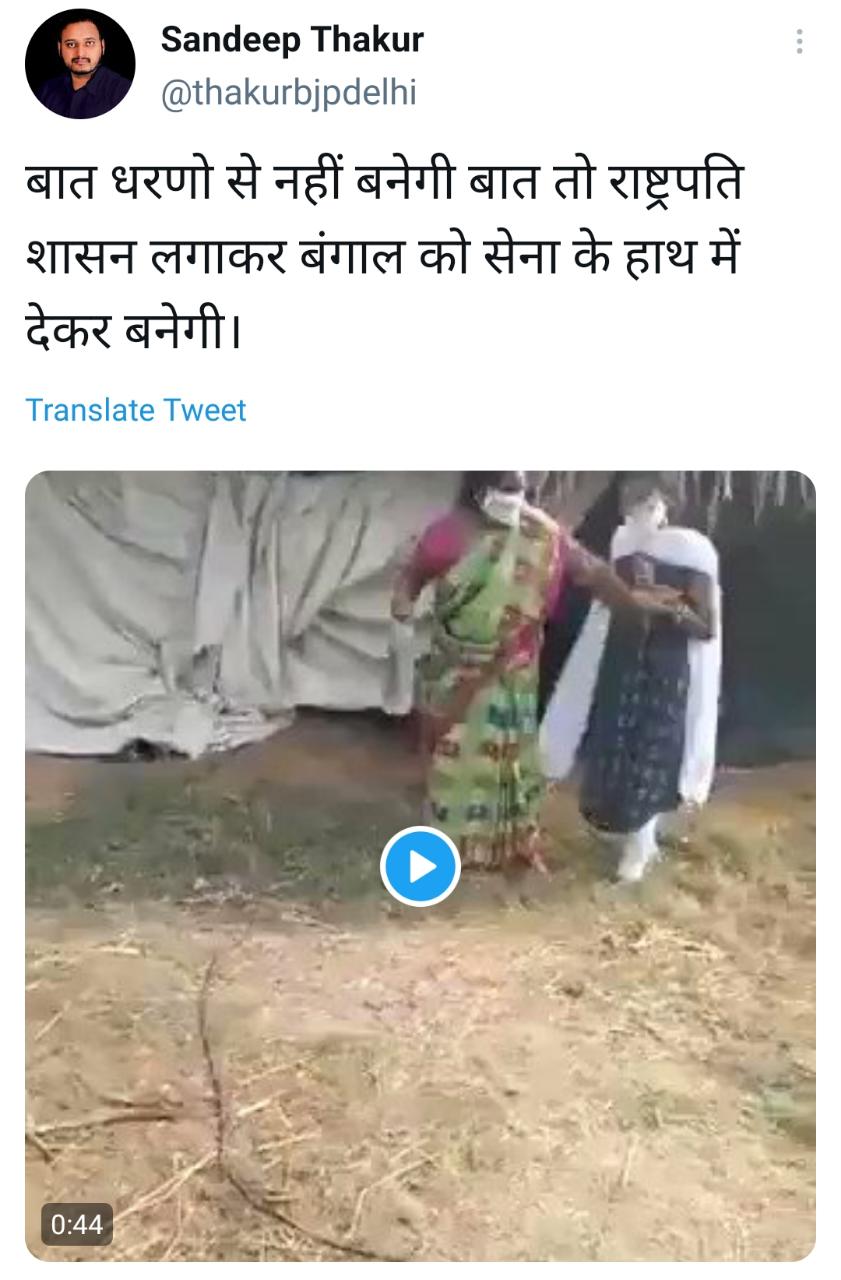 In our investigation, we found that the viral claim is misleading. The man in the viral video was a COVID-19 patient from Andhra Pradesh. The incident is not connected to the ongoing violence in the state.

After doing a reverse image search on Google using related keyframes, we found a video on the YouTube channel of NDTV published on May 5, 2021. The description of the video reads, "Teen Tries To Give Water To Covid Positive Father In Andhra, Stopped By Mother."

We also found a news report of India Today dated May 5, 2021, in which the same snapshots from the video can be seen. The headline of the article read, “Heartbreaking: Wailing daughter fights mother to give water to Covid positive father in Andhra village”. 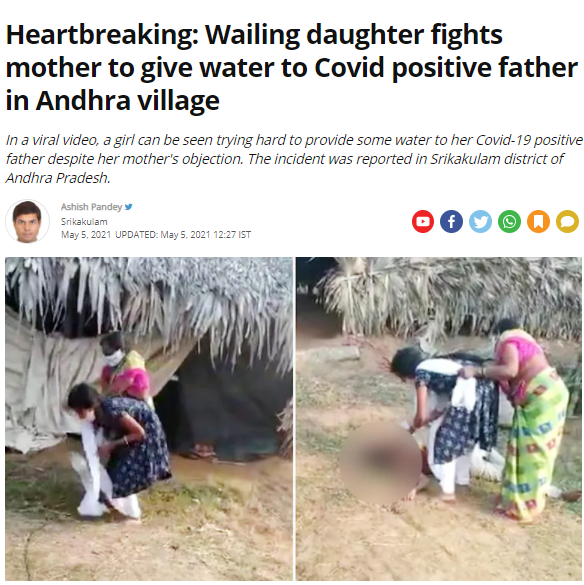 According to the report, the video is from Andhra Pradesh where a daughter wailed and wept as she tried all means to provide water to her Covid-19 positive father even as her mother tried hard to stop her from going near him. The 50 years old man, Asiranaidu, a native of Koyyanapeta in G Sigadam Mandal of Srikakulam district, breathed his last in front of his daughter and wife.

In Conclusion, a video of a daughter fights mother to give water to Covid positive father in Andhra Pradesh is shown related to post-poll violence in West Bengal. The incident is not connected to the ongoing violence in the state.