RBI Governor Shaktikanta Das has not made any such statement that the vaccine will be available to all by the end of 2022. He was referring to some forecasts related to the global economic growth of the International Monetary Fund (IMF). DD News falsely misquoted his speech.

Recently, Reserve Bank of India Governor Shaktikanta Das held a press conference on 5 May 2021 announcing measures to deal with the second wave of pandemic fallout.

A tweet by Doordarshan News carrying a statement attributed to the Reserve Bank of India (RBI) Governor Shaktikanta Das, saying “Vaccine would be available to all by the second half of 2022,”  is getting viral on social media. 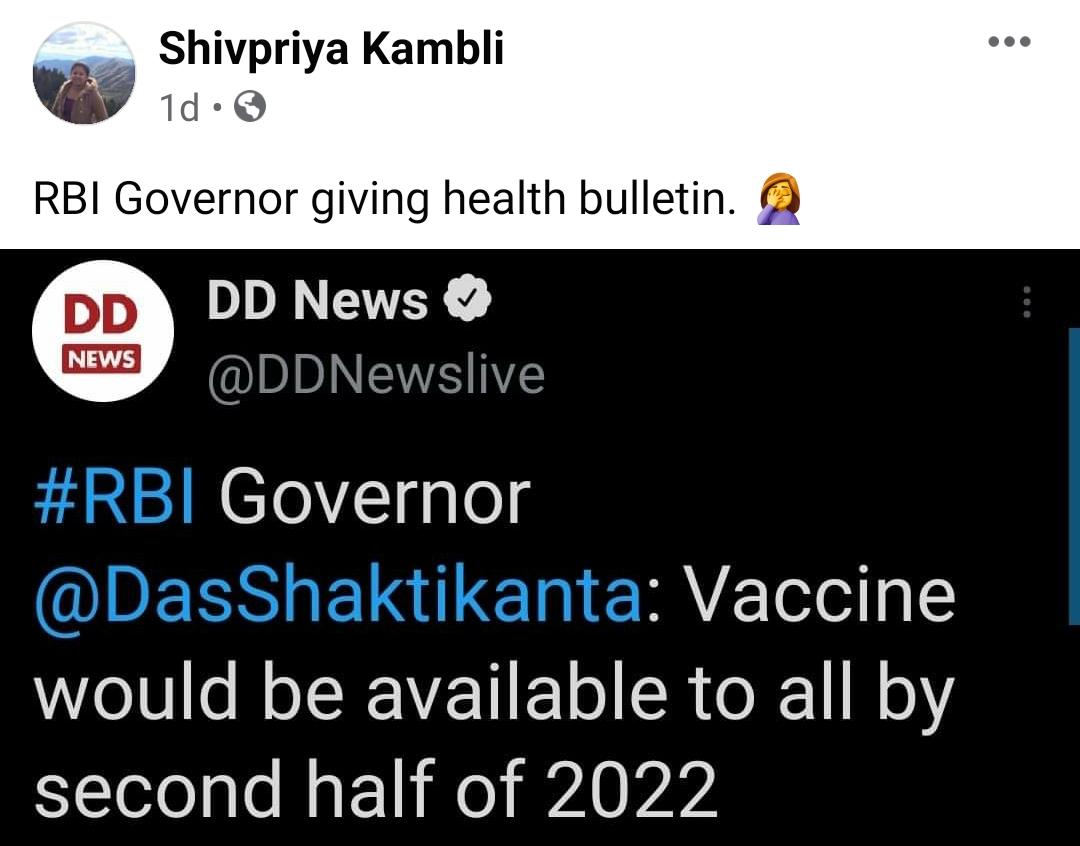 In our investigation, we found that the viral claim is misleading. RBI Governor Shaktikanta Das has not made any such statement that the vaccine will be available to all by the end of 2022.

We watched the live video of Shaktikanta Das's press conference on 5 May on the Youtube channel of the RBI. In the part of this video that DD news tweeted, they are saying, "In April 2021, the International Monetary Fund (IMF) revised up its global growth projection for 2021 to 6.0 percent (from 5.5 percent projected in January 2021) on the assumption that vaccines would be available in advanced economies (AEs) and some emerging market economies (EMEs) by the summer of 2021 and in most other countries by the second half of 2022.” The part of the video where Das is referring to the IMF’s projection can be seen from 4 minutes 35 seconds.

In this video, Shaktikanta Das was referring to the International Monetary Fund (IMF) World Economic Outlook report published in January 2021.

However, we did not find any such media report in which RBI Governor Shaktikanta Das was quoted saying that by the end of 2022, the vaccine would be available to all Indians.

In conclusion, RBI Governor Shaktikanta Das has not made any such statement that the vaccine will be available to all by the end of 2022. He was referring to some forecasts related to the global economic growth of the International Monetary Fund (IMF). DD News falsely misquoted his speech.