An old video from November 2020 showing a stray dog nibbling at the dead body from the stretcher is being falsely shared as a recent one amid the COVID-19 crisis in the country.

Amid the deadly second wave of coronavirus in the country, a disturbing video of a stray dog nibbling at the dead body from the stretcher is getting viral on social media claiming that this shows the recent pandemic crisis in the country.

A Facebook user name Sayeed Bin Omer shared the video with a claim that "Look at this, this is too much, now the dogs have started eating the dead bodies." (Translated from Hindi ) 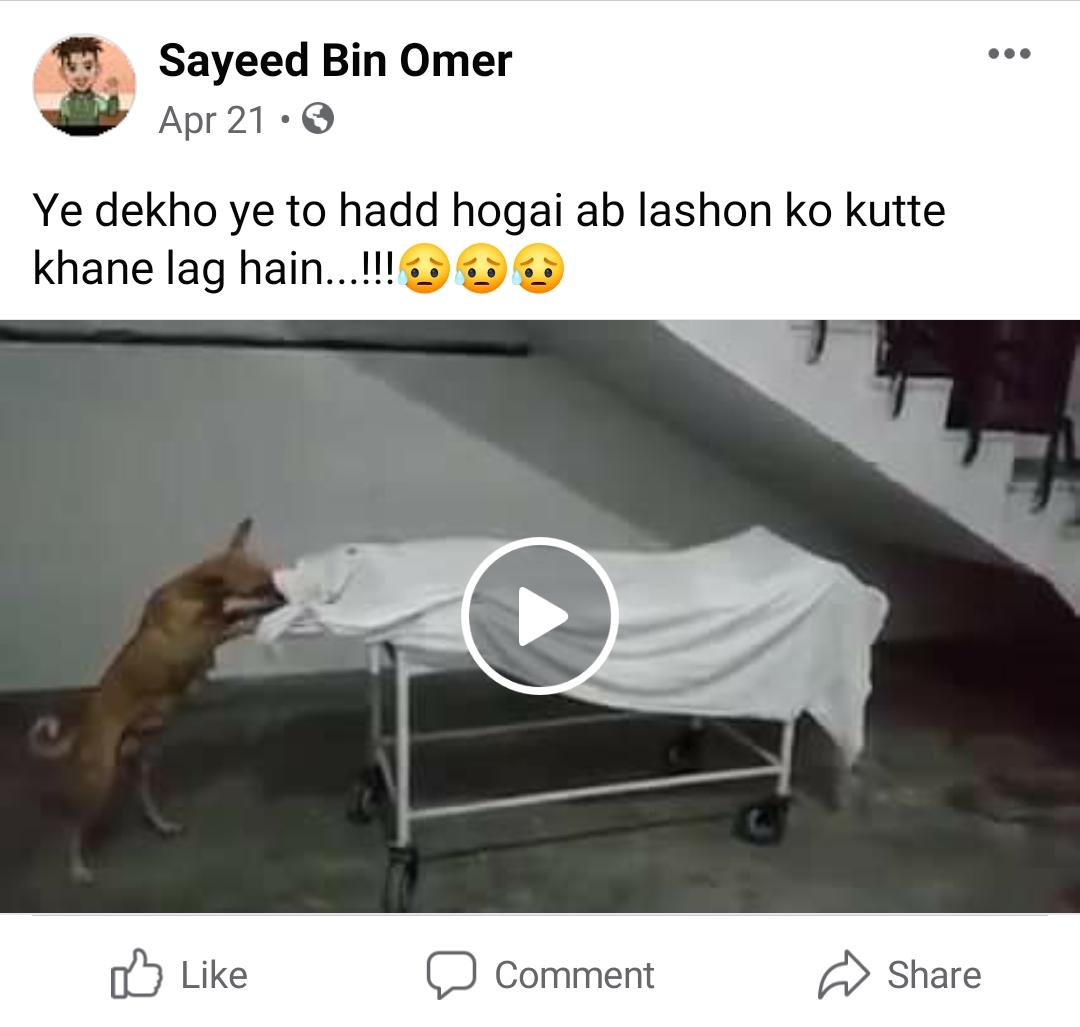 In our investigation, we found that the viral claim is misleading. The viral video is an old one from 2020 and it has nothing to do with ongoing COVID-19 crisis in the country

After doing reverse image research using related keywords on Google, we found the same video was uploaded by NDTV on November 20, 2020. The description of the video reads, "A video of a stray dog nibbling at the dead body of a girl inside an Uttar Pradesh government hospital in the state's Sambhal district has caused widespread outrage. The disturbing incident took place on Thursday after the girl was brought to the hospital following a road accident; it's not clear whether she died before reaching the hospital." 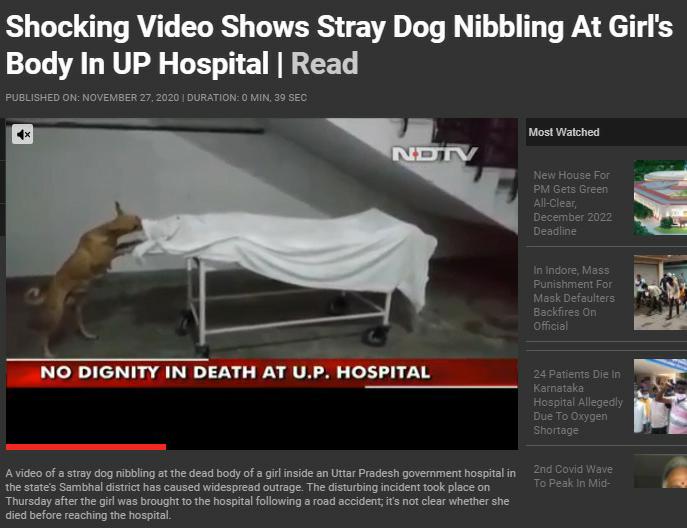 The Hindu reported that after disturbing visuals of a dog licking a corps went viral, two staffers were suspended by Chief Medical Officer Dr. Amita Singh for negligence. 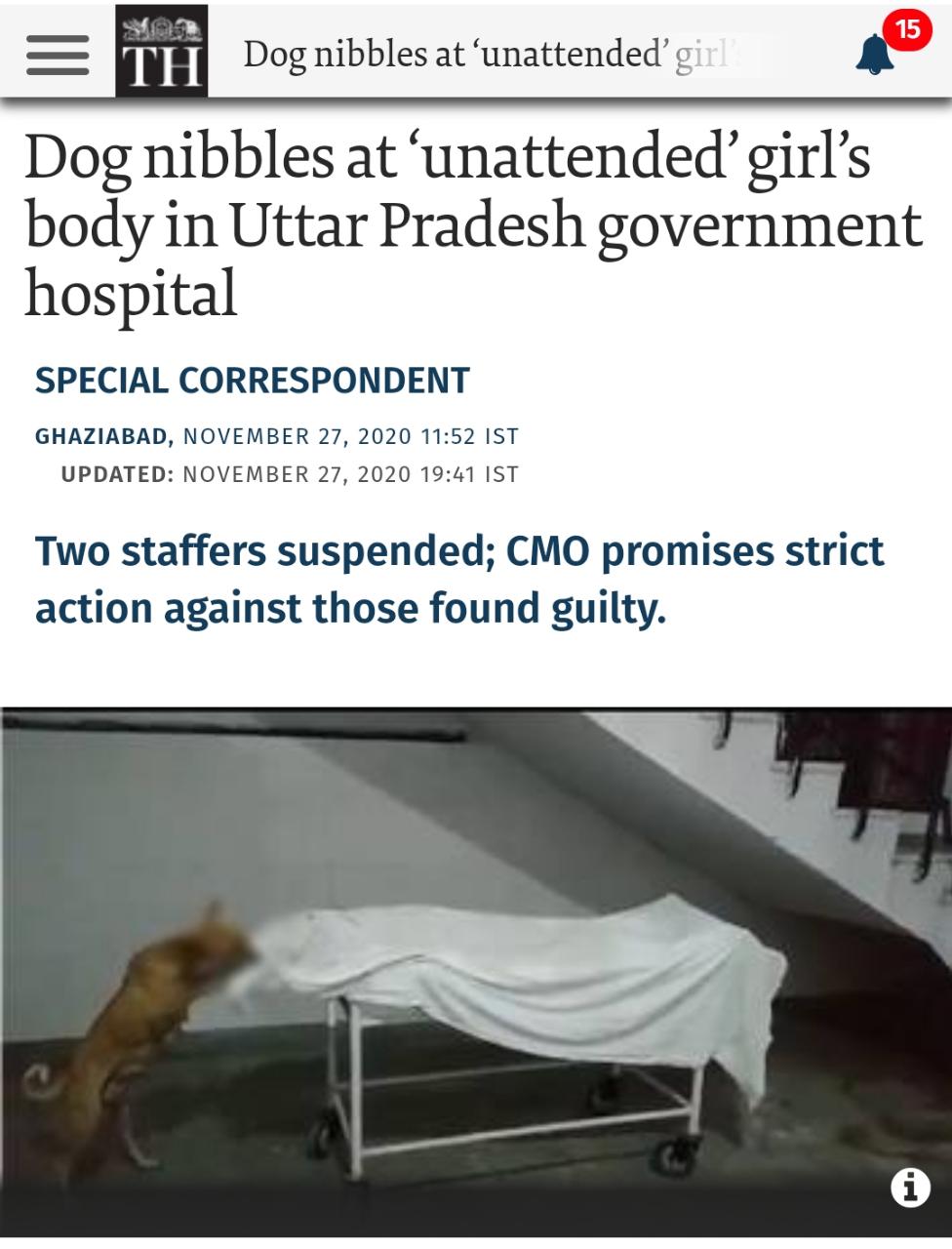 As per the report of Times Now the father of the deceased girl said, “The body of my daughter, who died in an accident, was brought to the hospital around two hours ago. There is clear negligence by the hospital staff as it has been lying unattended and dogs are feeding on it.”

In conclusion, an old video from November 2020 showing a stray dog nibbling at the dead body from the stretcher is being falsely shared as a recent one amid the COVID-19 crisis in the country.