The viral image was captured during the April 2015 earthquake in Kathmandu, Nepal. The image is over 6 years old and not related to the recent Assam earthquake.

Recently, a massive earthquake of 6.4 magnitudes hit Assam, parts of Northeast India, and North Bengal on April 28, causing extensive damage to buildings and forcing people to scamper out of their homes.

Amid this, a picture of a partially collapsed building is getting viral on social media with a claim that the building collapsed due to a major Earthquake in Assam. 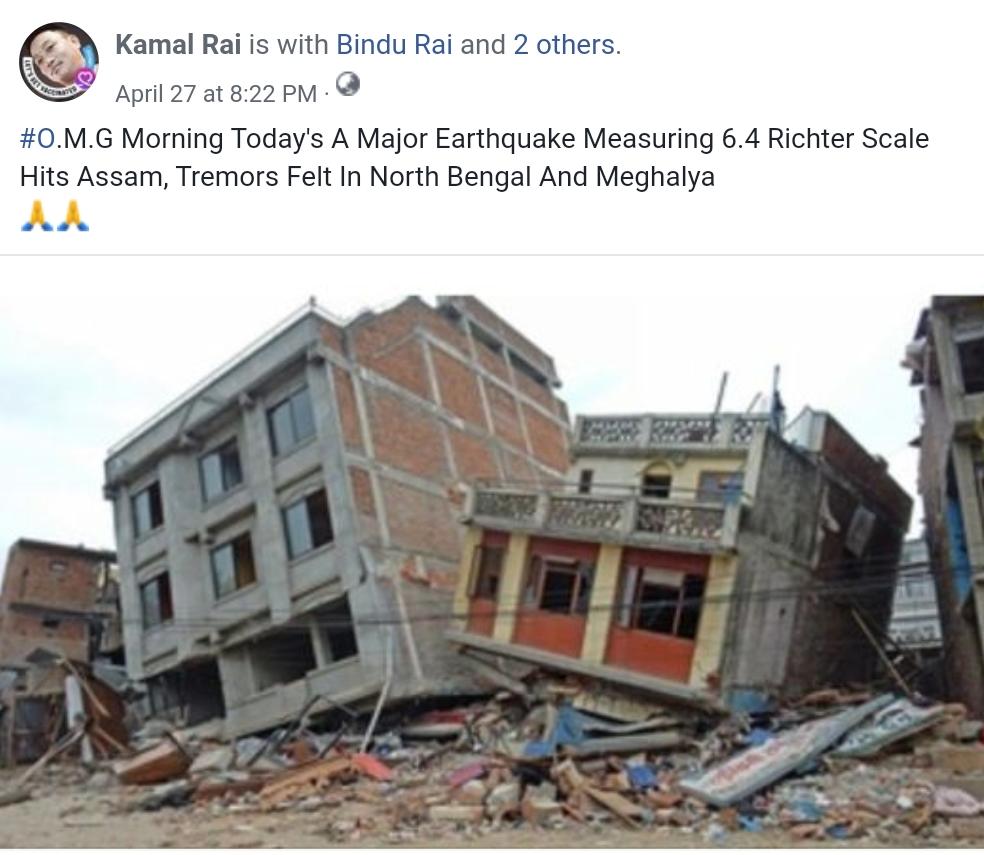 In our Investigation, we found that the viral claim is misleading. The image is 6 years old from Kathmandu, Nepal and it has nothing to do with Assam.

After doing reverse image research on Google, we found a news article by The Guardian published on 30 Apr 2015. According to the article, the picture was captured on 25 April 2015, in Kathmandu. 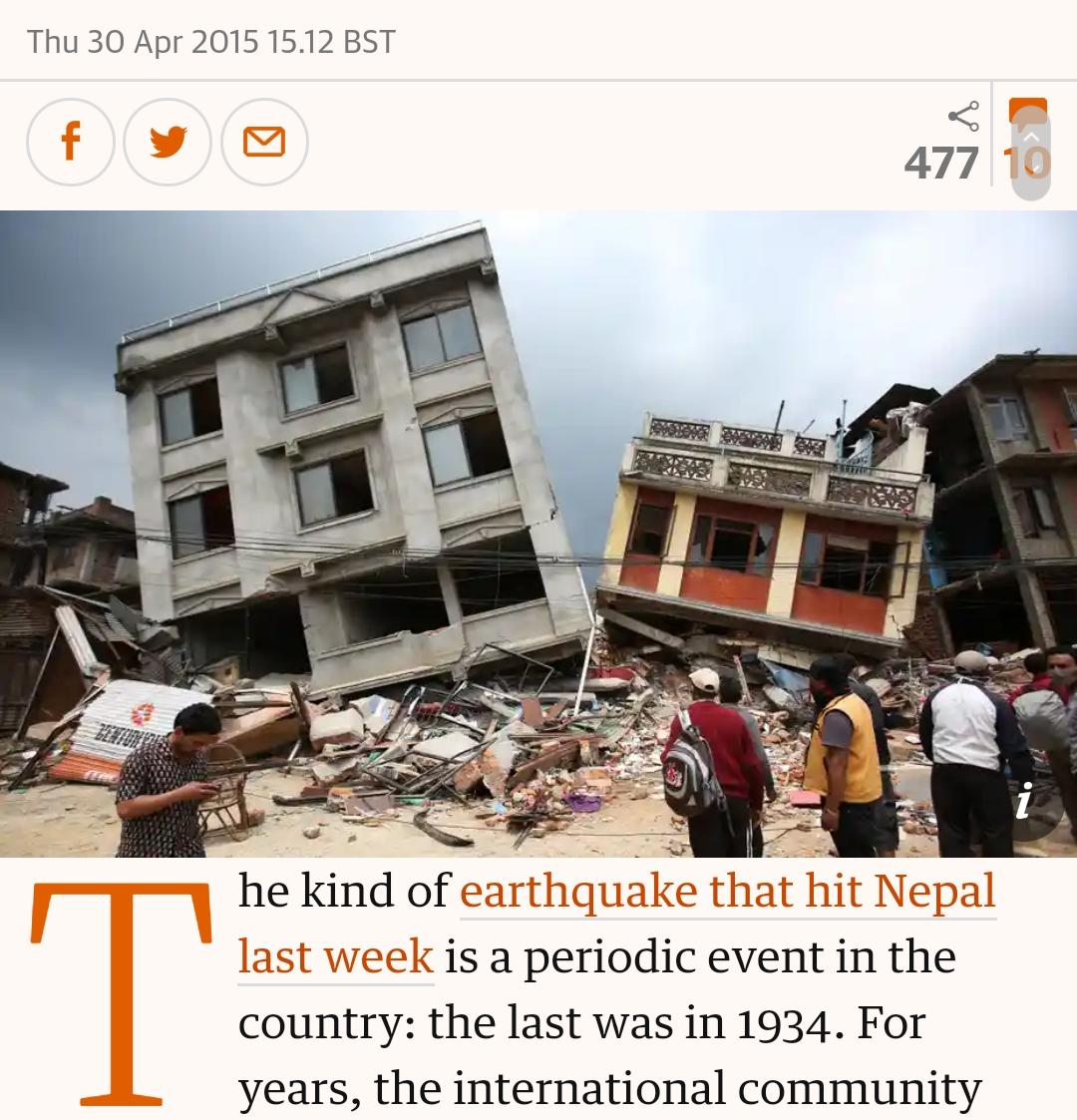 According to media reports, a major earthquake of magnitude 6 struck India's rugged northeastern state of Assam on 28 April, causing cracks in the walls and floors of some structures, but no immediate casualties were reported.

However, an incident was captured on a video in which a building in Nagaon tilts against its adjacent building because of the recent earthquake in the state of Assam. News Agency ANI tweeted the video on his Twitter handle. 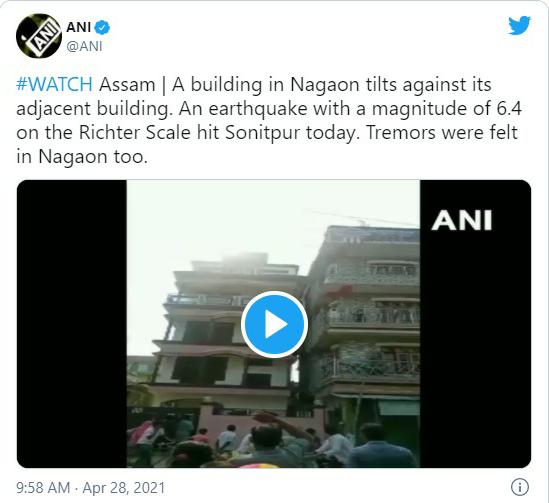 In conclusion, The viral image was captured during the April 2015 earthquake in Kathmandu, Nepal. The image is over 6 years old and not related to the recent Assam earthquake.