An old image from Bihar's Purnia dating back to 2017 is being falsely linked to the ongoing COVID-19 crisis in the country.

An image has surfaced on social media platforms showing disturbing visuals of a man carrying his wife's body home on a motorbike with the claim that the image is from Gujarat showing the impact of the second wave of COVID-19.

A Facebook user shared the image with the caption in Bangla that can be roughly translated to, "Son accompanied with father carried his mother's corpse. Gift of golden Gujarat. Fekuji's gift and they will make golden Bengal. Shame. Shame. (Mamata is pride of humanity)" 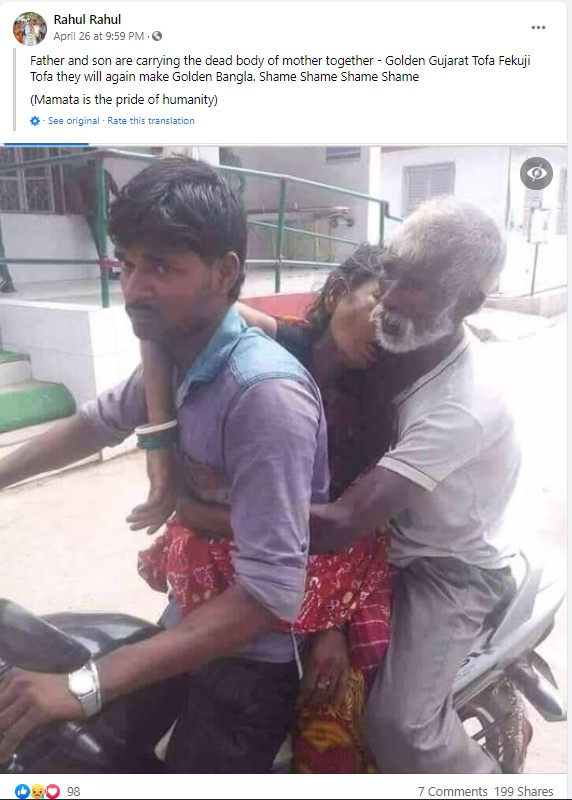 At the time of writing this article, this post has received almost 200 reshares.

The image is also doing rounds on Twitter claiming that it shows visuals of the current COVID-19 crisis. 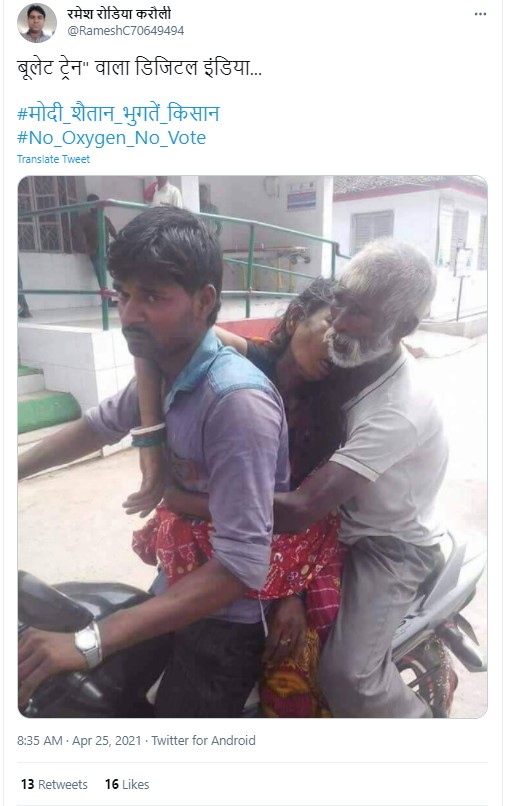 In our investigation, we found this claim to be false. The image dates back is from Bihar and it dates back to 2017.

With the help of reverse image search, we found this image carried in a report by the Hindustan Times dated June 4, 2017. According to the report, the incident happened in Bihar's Purnia where a man and his son had to carry his wife's body home because they were denied a mortuary van.

An excerpt of the report reads, "Both father Shankar Shah and son Pappu are wage laborers and were working in Punjab when they were informed that Susheela had taken ill. They rushed back and got her admitted to the Purnia Sadar hospital, where she died of her illness. "After the death of my wife I was told to take away the body and when I requested the medical staff on duty for a vehicle, to carry it back to my village, they told me to arrange for it on my own," said Shah. 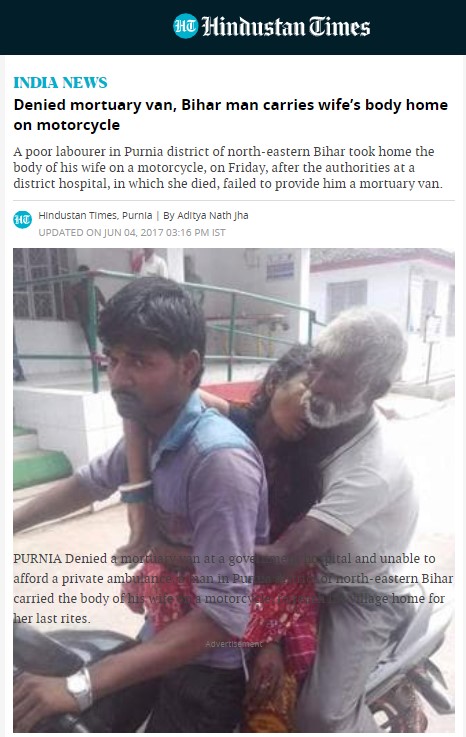 The Asian Age and Indian Express also reported the incident.

In conclusion, an old image from Bihar's Purnia dating back to 2017 is being falsely linked to the ongoing COVID-19 crisis in the country.