A video showing Oxygen Express operated by Indian Railways is being shared with a false claim that it shows oxygen tankers from Pakistan making their way to India.

As the COVID-19 crisis worsens in the country, several countries including Pakistan have come forward to help India in battling the second wave of novel coronavirus. Amid this, a video of a train carrying tankers has surfaced on social media claiming that it shows oxygen tankers from Pakistan making their way to India.

A Facebook user shared the video with the caption, "Oxygen tankers For Indians Help Going from Pakistan To India Viral Video." 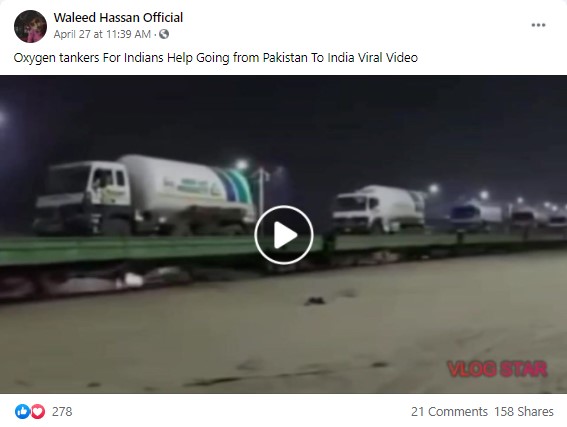 This post has been reshared over 150 times at the time of writing this article. 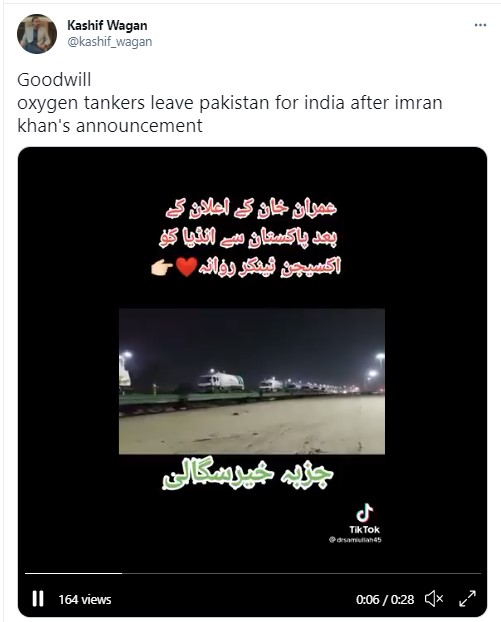 In our investigation, we found this claim to be false. The viral video actually shows Oxygen Express operated by Indian Railways which carrying seven empty tankers from Navi Mumbai to fill them up at Visakhapatnam.

With the help of a relevant keyword search, we found the same video carried in a Hindustan Times report dated April 20, 2021.

According to the video description, the Oxygen Express left for Vizag with seven empty tankers from Kalamboli Goods Yard in Navi Mumbai. The empty tankers were to be filled with medical oxygen in Vizag and returned to Maharashtra. 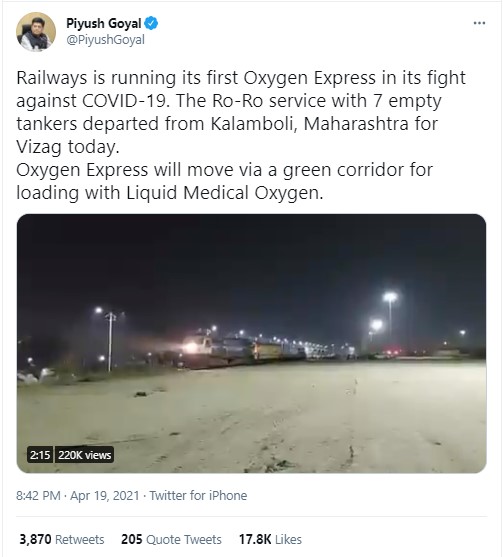 According to reports published by Financial Express and the Firstpost, the tankers were to be filled with oxygen at the Visakhapatnam Steel Plant and brought back to Maharashtra, which is facing a shortage of oxygen to treat critical Covid patients. The ramp was developed overnight by Central Railway Zone, Mumbai division, at Kalamboli to facilitate loading and unloading of the tankers.

However, it is true that several countries such as Australia, China, Germany, France, UK, Saudi Arabia, and Pakistan have stepped up to provide relief facilities to India.

In conclusion, a video showing Oxygen Express operated by Indian Railways is being shared with a false claim that it shows oxygen tankers from Pakistan making their way to India.