The claim that the Ghaziabad girl Shakti Pandey, who had broken her piggy bank to donate to PM CARES last year, lost her life due to a shortage of oxygen is FALSE.

Amid the surging COVID-19 cases in the country, a short video clip has surfaced on social media platforms claiming that a Ghaziabad girl who’d broken her piggy bank to donate Rs 5,100 to the PM CARES fund has lost her life due to the lack of oxygen.

The video was shared on a Facebook page with a caption that can be roughly translated to, "The girl who had donated Rs 5,000 to PM CARES has lost her life due to lack of oxygen.” 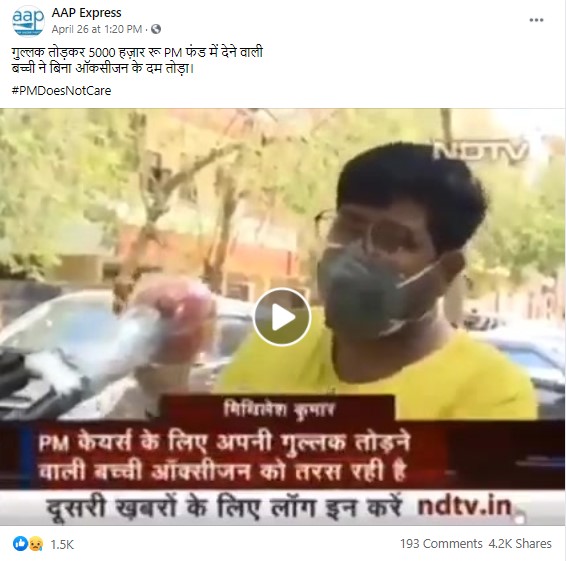 At the time of writing this story, the post has been reshared over 4000 times. 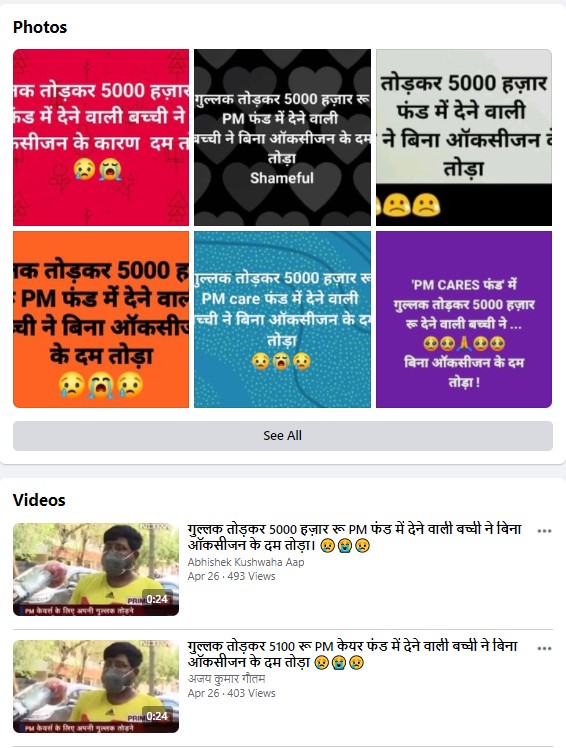 In our investigation, we found this claim to be false. It is true that the girl's father had to struggle to arrange oxygen for her when she was recently hospitalized after contracting Covid. However, the claim that the girl, Shakti Pandey, passed away is false.

On performing a relevant keyword search, we found the longer version of the NDTV video report. The report, dated April 22, 2021, addresses the issue of oxygen shortage in Ghaziabad hospitals.

In the video, one can notice the same man wearing a yellow t-shirt, Mithilesh Kumar, who’s visible in the viral video can be seen talking about the difficulties he had to face to arrange oxygen for his hospitalized daughter. There’s no mention of the girl’s demise here.

UP Police also took to Twitter and clarified the claim about Shakti's demise is false. The tweet further states an FIR has been registered against some people in this matter. 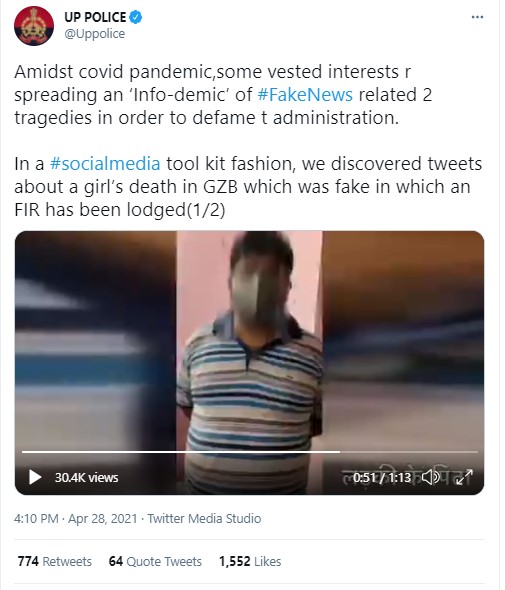 India Today also reached out to 18-year-old Shakti’s father, who clarified, “I was sad to hear about the fake news of my daughter’s death being circulated on social media. She is doing well now. As a precautionary measure, she’s still in isolation in a separate room. She had Covid and was admitted in Avantika Hospital. We had to struggle due to oxygen shortage in the hospital. But as of now, she is fine.”

“My daughter was very excited last year when the PM CARES Fund was announced, and she had broken her piggy bank to donate. But she’s currently quite upset looking at the way Covid patients are suffering,” Mithilesh added.

In conclusion, the claim that the Ghaziabad girl Shakti Pandey, who had broken her piggy bank to donate to PM CARES last year, lost her life due to a shortage of oxygen is FALSE.