Recently, an image is being widely shared on social media platforms showing a TIME Magazine cover with Prime Minister Narendra Modi's photo calling him a 'superspreader'.

A Facebook user shared the image with the caption saying, "Destroying India. Thank you TIMES for showing the truth about Modi." 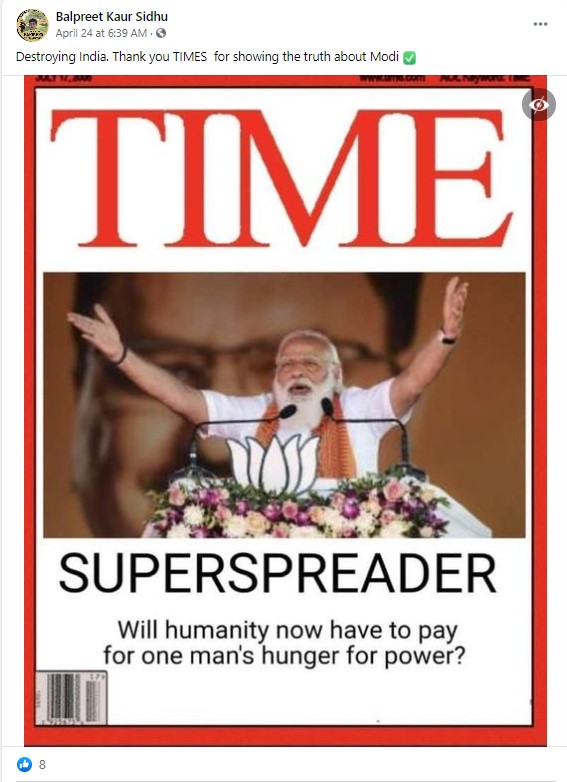 The text on the viral magazine cover reads, 'Superspreader, Will humanity now have to pay for one man's hunger for power?'

The same purported cover image of TIME Magazine is also being widely shared on Twitter. 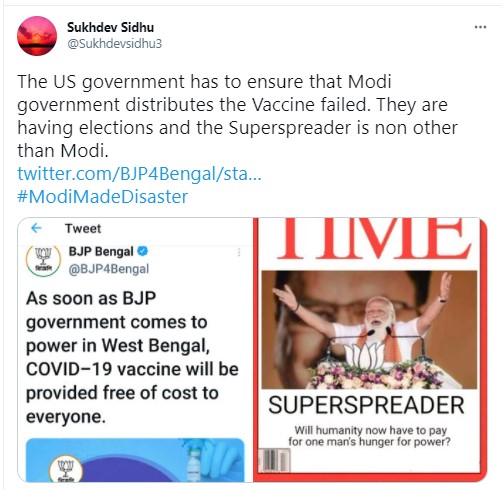 In our investigation, we found this claim to be false. TIME magazine has not featured Prime Minister Narendra Modi calling him a 'superspreader' on its cover. Also, the cover-dated 17 July 2006 (the date mentioned on the top of the cover image) was about ‘The end of cowboy diplomacy.'

On checking the Vault section of TIME Magazine, we did not find any such cover published by the magazine.

When we searched for the Magazine cover dated July 17, 2006, we can see that the cover says, ‘The end of cowboy diplomacy'. Therefore, the photo in the post is edited to include the PM’s picture using the original cover of 2006. 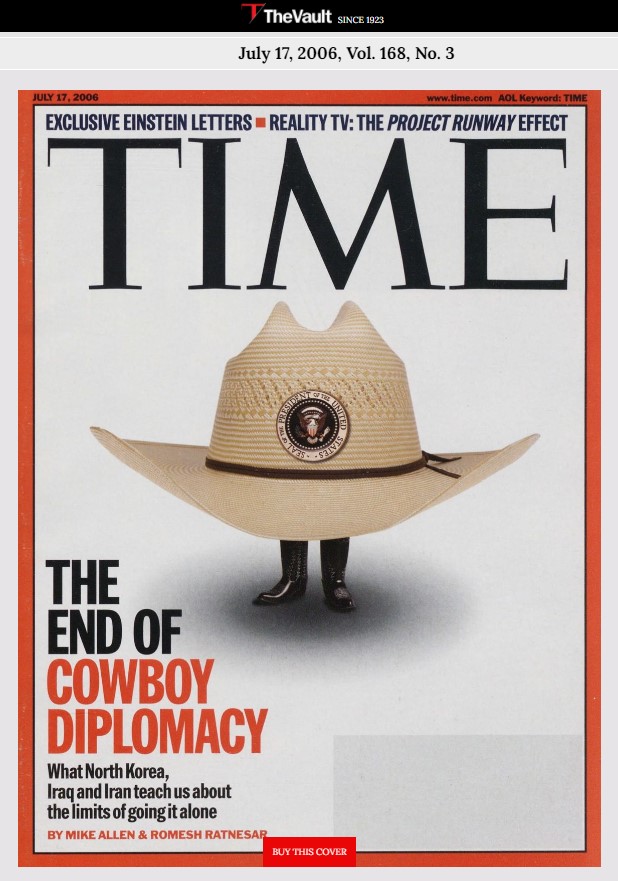