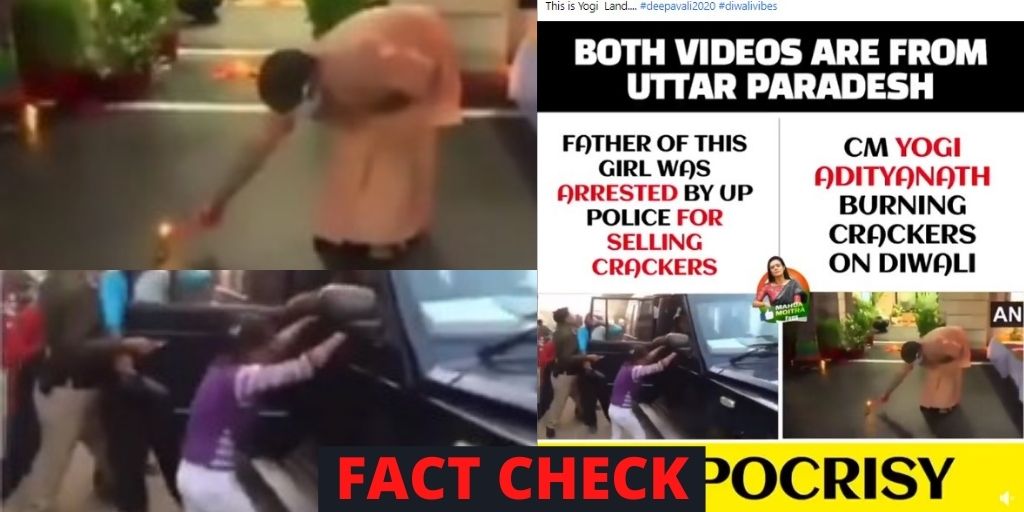 The video showing UP CM Yogi Adityanath lighting crackers is not from Diwali 2020. It is related to the deepostav organized ahead of Bhoomi puja for the construction of Ram Temple in Ayodhya. The incident of UP Police arresting a firecracker seller is true, however, he was released after the video went viral and created outrage online.

A user named Jyotish Hoshali shared the video with a caption saying, "This is Yogi Land.... #deepavali2020 #diwalivibes." 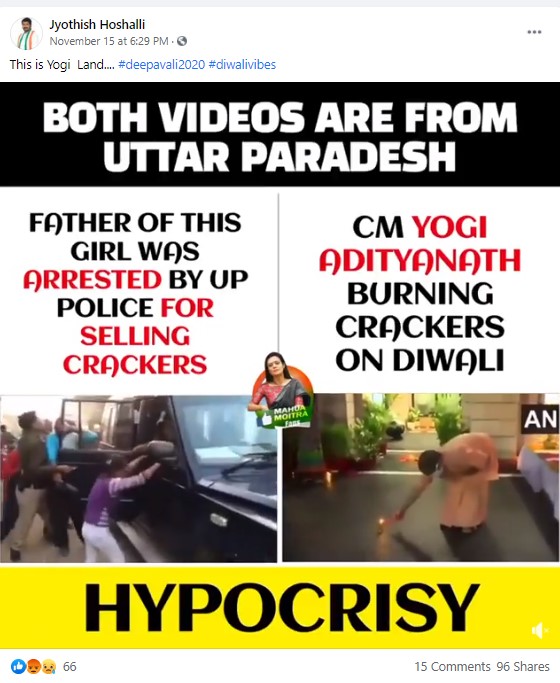 The same video was also shared on Twitter with the same caption and this tweet has also been shared multiple times. 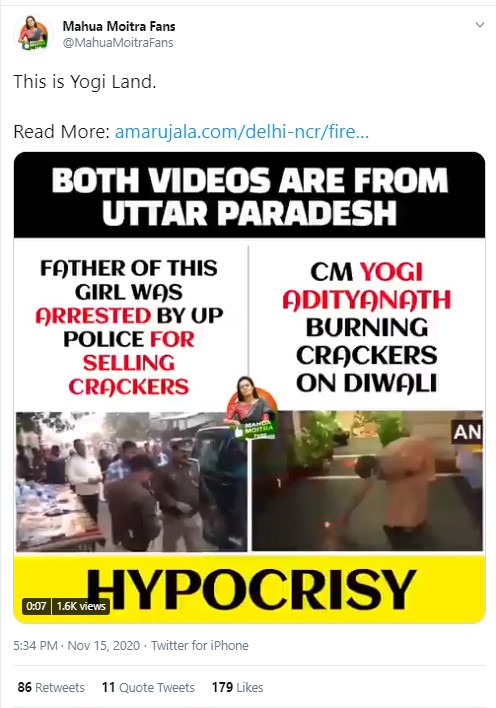 In our investigation, we found this claim to be misleading. The video showing the UP chief minister is not from Diwali which was celebrated on November 14 this year but is from August ahead of the foundation stone laying ceremony of the Ram Mandir in Ayodhya. The incident of UP Police arresting a firecracker seller is true and is a recent one, however, it is noteworthy that he was released after the video went viral and created outrage online.

With the help of a relevant keyword search on Google, we found a news article dated 04 August 2020 which carried an image similar to the visuals of the video in the post where the UP CM can be seen lighting firecrackers. According to the article, the image shows Yogi lighting firecrackers as part of Deepotsav which was celebrated on 04 & 05 August 2020 in order to commemorate the Bhoomi Puja for the construction of Ram Temple in Ayodhya. The article carries a tweet by news agency ANI showing the same visuals as used in the viral video.

One India and Swarajya also published reports on this.

The other video in which police were seen forcefully arresting a firecracker vendor for selling crackers despite resistance from her daughter by banging her head to the police vehicles from an incident that took place in Bulandshahr in Uttar Pradesh on 13 November 2020. According to an ABP report, the Uttar Pradesh government had taken action against the police officials for their 'inhumane' behavior toward the minor girl.

According to an NDTV report, UP CM Yogi Adityanath ordered the release of the vendor and he sent sweets & gifts to the young girl.

In conclusion, the video showing UP CM Yogi Adityanath lighting crackers is not from Diwali 2020. It is related to the deepostav organized ahead of Bhoomi puja for the construction of Ram Temple in Ayodhya. The incident of UP Police arresting a firecracker seller is true, however, he was released after the video went viral and created outrage online.