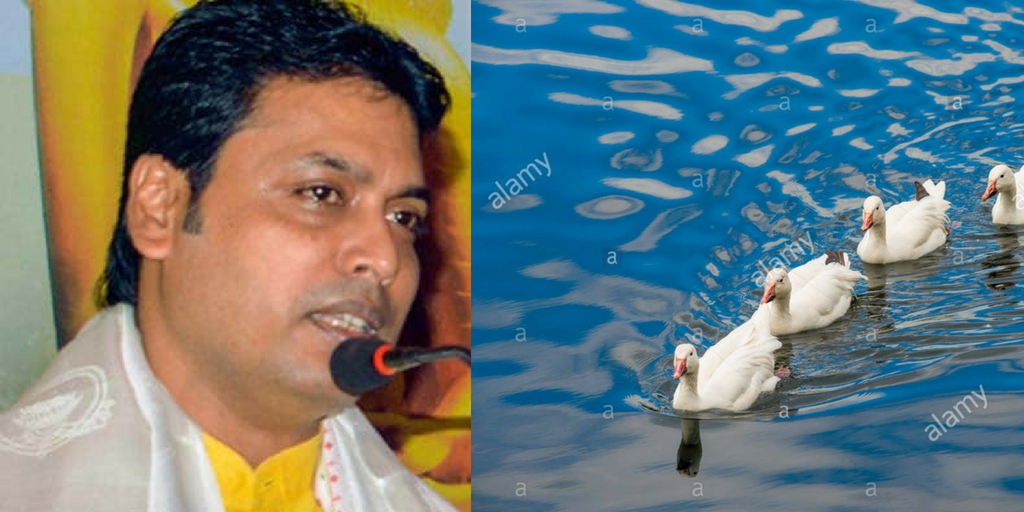 As per IIT-Kanpur, the ducks help in aeration in lakes. As the ducks swim, the disturbance on the water surface facilitates aeration. The same was also confirmed by A. Debbarma, a scientist at the Indian Council of Forestry Research and Education.

The Tripura chief minister Biplab Dev, while speaking at a boat race event in the Rudrasagar lake in Tripura said: "ducks swimming in water helps increase the level of oxygen in a water body." He also said that his government will distribute around 50,000 ducks among the local population. Source: ANI

After this statement, he was mocked on social media and by mainstream journalists and news portals. India Today instead of reporting decided to mock him. Other media houses like DNA, CNN News 18, Indian Express reported it as a major gaffe by Biplba Dev. Pro AAP blogger Dhruv Rathee, who had earlier called PM Modi a liar for his claim of tea seller using methane gas from the gutter as a fuel, twitted "Biplab Deb is Back! Scientists across the world are feeling jealous of this man! His new discoveries might make them jobless". 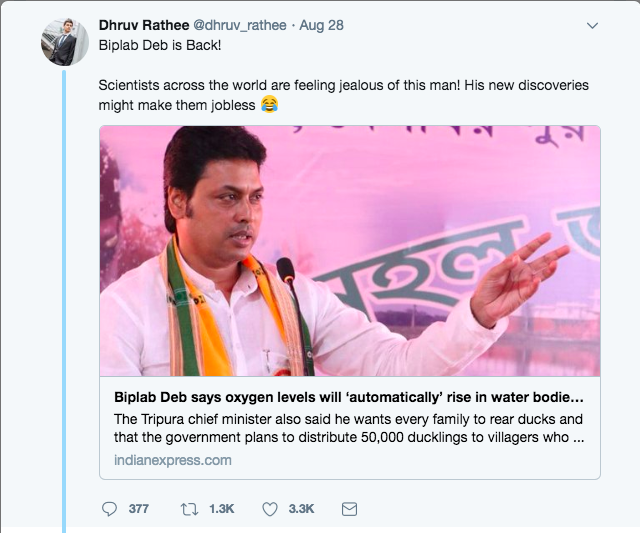 Fact Check: Is the claim of Biplab Dev true?

A. Debbarma, a scientist at the Indian Council of Forestry Research and Education said ducks are "natural aerators" and their excreta helps in growth of fish. "Duck-fish farming is integrated farming. Ducks' excreta helps the growth of fish. They are natural aerators and help in increasing [the] oxygen level [of water bodies]. This has been proved through studies," Debbarma was quoted as saying by news agency ANI. 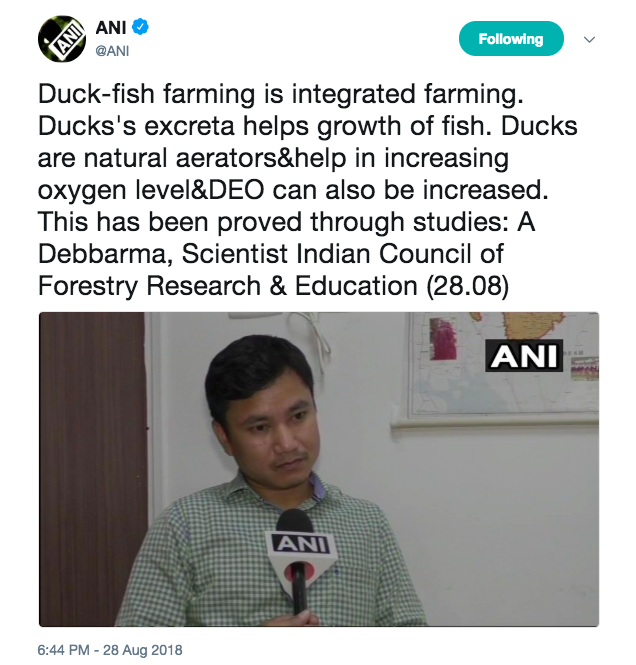 This is a very depressing trend in India media and journalists that they have started mocking leaders without any fact check. People like Dhruv Rathee will continue their propaganda but we certainly expect better from our media.