Meanwhile, a claim started getting viral on social media that the video game was conceptualized by the late actor Sushant Singh Rajput and was stolen by actor Akshay Kumar and launched it himself.

A Twitter user Vibhor Anand put out a tweet claiming that "Dear SSRians, I can say with 200 % surety that this is the same AI Gaming Project which Sushant was working on. Dear Akshay Kumar, would you please share the original coding of this game with my team to investigate?" 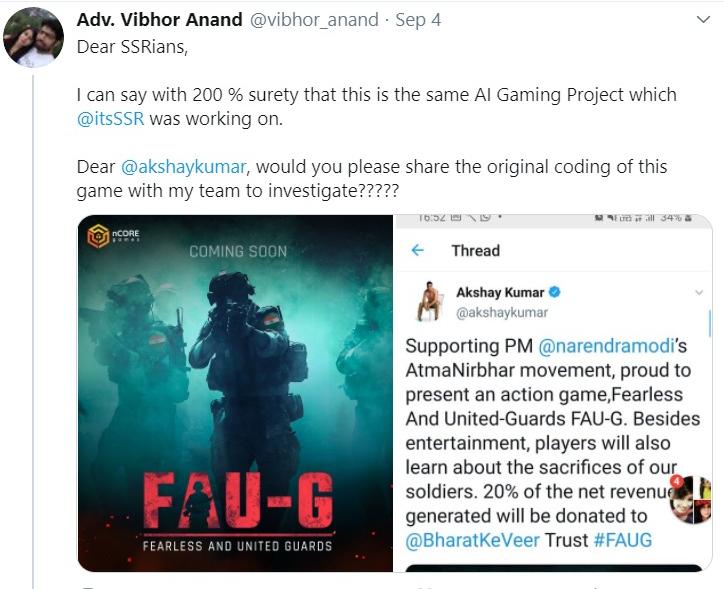 The viral post received 1800 likes and 1000 retweets at the time of writing this article. 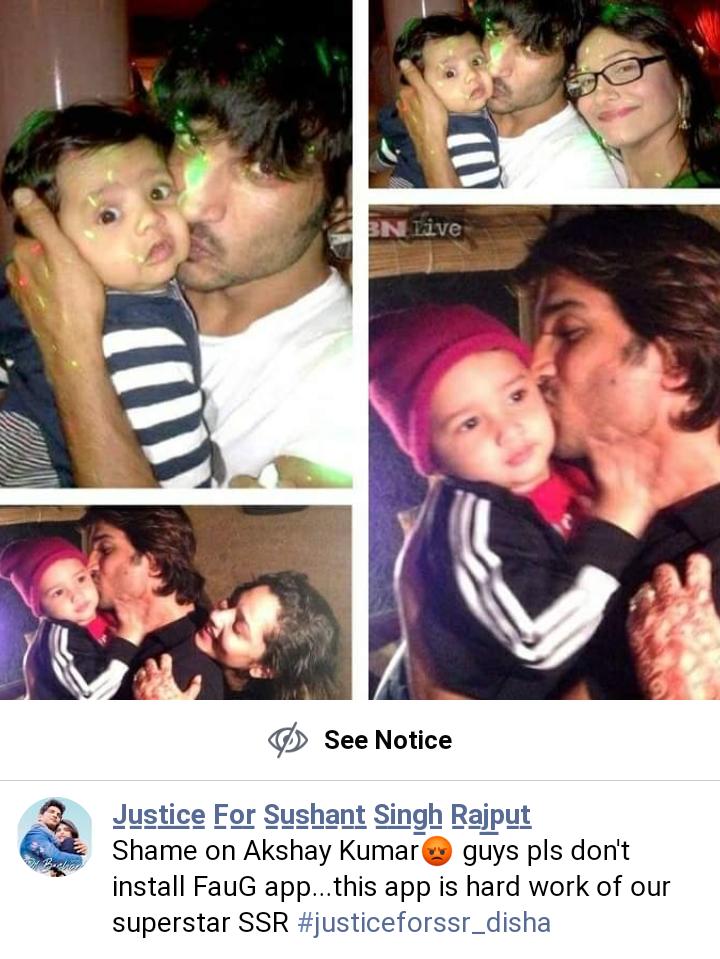 In our investigation, we found that the viral claim is false. FAU-G game is made by a company called 'nCore Games' which has nothing to do with Sushant Singh Rajput.

We found that Co-founder of Indian game developing company nCore Games, Vishal Gondal, took to Twitter to clarify that the rumors are false and baseless. He clarified that only Akshay Kumar, who is the face of FAU: G, has been a mentor to the company. 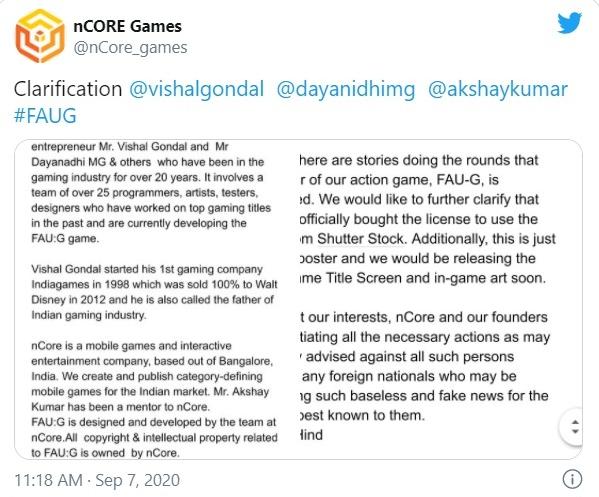 According to the statement, nCore was founded in 2019 by people who have been in the gaming industry for over 20 years. It involves a team of over 25 programmers, artists, testers, designers who have worked on top gaming titles in the past and are currently developing the FAU-G game and it’s designed and developed by the team at nCore and all copyright & intellectual property related to FAU-G is owned by nCore. Also, addressing accusations that the poster of FAU-G has been plagiarised, Gondal points out that they have officially bought the license to use the image that has been released for publicity from Shutter Stock.

The statement adds, “to protect our interests, nCore and our founders will be initiating all the necessary actions as may be legally advised against all such persons including any foreign nationals who may be percolating such baseless and fake news for the reasons best known to them.”

Sushant Singh Rajput posted an Instagram about his interest in gaming in the month of April. Where he stated that he is learning computer game coding from the Khan Academy and that he was "just scratching the surface. 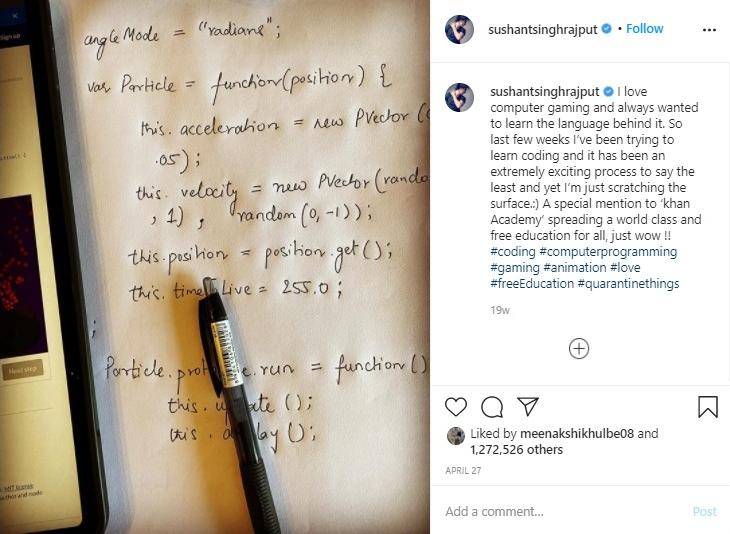 According to a report of Pinkvilla, a producer friend of Sushant had revealed that the late actor was planning to design a game, with his business partner.

The video game FAU-G was already under development from February, it is unlikely that Rajput - who was learning coding in April - would be able to come up with such a game by himself before his demise.

Earlier also, some unrelated pictures are being shared with a false claim that Akshay Kumar and Maharashtra chief minister Uddhav Thackeray's son Aaditya has launched the same app on which late actor Shushant Singh Rajput was working. You can read the full story here.