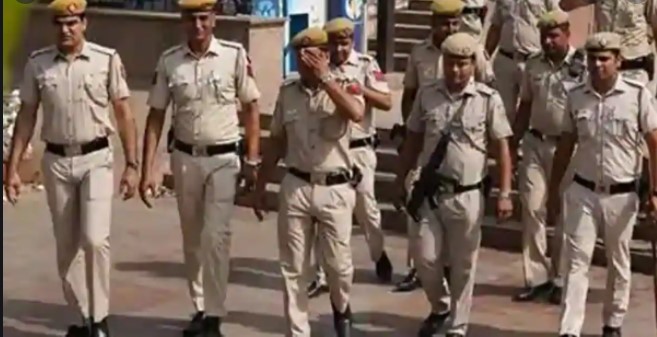 In a shocking incident, a 45-year-old cab driver was killed, allegedly by two men who boarded his vehicle on September 6, while the driver was returning from Bulandshahr in Uttar Pradesh after dropping off booked passengers when he took up a few unknown people and offered them a ride.

Following the incident, few media organizations reported that Aftab Alam was forced to chant Jai Shri Ram. The Wire claims that it is in possession of an audio clip wherein the perpetrators, who sound drunk, ask Aftab Alam to chant Jai Shri Ram. Amar Ujala's report states that Aftab’s son Mohammad Sabir has claimed that after his father called him to recharge the FastTag.

However, Noida Police on Monday refuted media claims that a Muslim cab driver, Aftab Alam, was lynched by a communal mob after asking him to chant ‘Jai Shri Ram’.

Taking to Twitter, DCP Central Noida stated that the cab driver was returning from Bulandshahr in Uttar Pradesh after dropping off booked passengers when he took up a few unknown people and offered them a ride. On the way, a scuffle seems to have broken out following which he was killed. His mobile phone has gone missing from the scene. He was brutally beaten and then in the same car dropped near Mohan Swaroop Hospital. 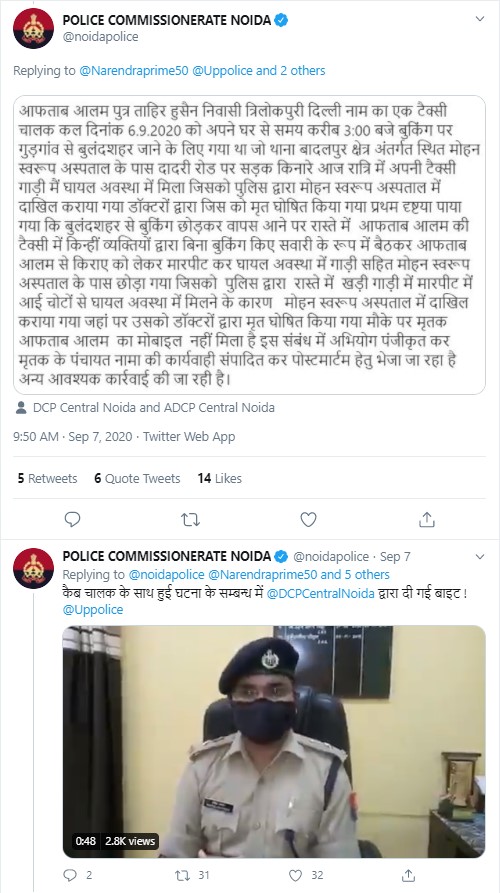 Here is the video byte given by the police:

The driver's son also claimed that at around 41 minutes into the call recording the accused can be heard saying ‘Jai Shri Ram’. Clarifying the same, Noida Police said that they have examined the audio recording and the victim, Aftab Alam, was not asked to chant Jai Shri Ram. It was further clarified that the portion where one can hear ‘Jai Shri Ram’ prima facie it appears like it was a greeting by someone they might have purchased things from or a conversation amongst themselves. However, the police is still investigating all possible angles. 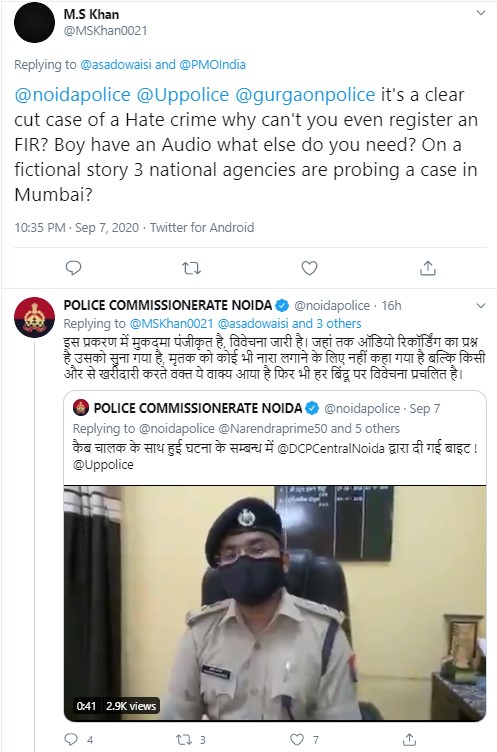 As of now, the police has sent his body for postmortem and an FIR against unknown assaulters is registered under section 394 (voluntarily causing hurt in committing robbery) 302 (punishment for murder) and 201 (causing disappearance of evidence of offence, or giving false information to screen offender).