Fact Check: Did Kangana Ranaut make calls to boycott 'The Kapil Sharma Show' as it is produced by Salman Khan? 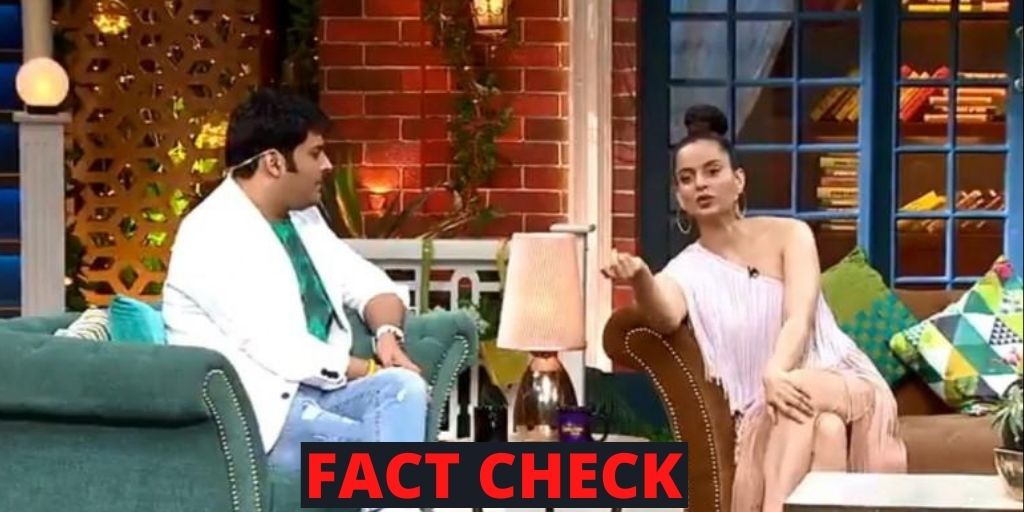 The claim that Kangana Ranaut made a call to boycott of The Kapil Sharma Show since it is produced by actor Salman Khan is false.

Amid the ongoing war of words between Shiv Sena leader Sanjay Raut's and actor Kangana Ranaut, a screenshot of a tweet, purportedly by Kangana Ranaut is going viral on social media platforms. The viral tweet shows Ranaut asking people boycott to The Kapil Sharma Show aired on Sony as it is produced by actor Salman Khan.

A Facebook user shared the screenshot of a tweet in Hindi which translates to 'I completely boycott the Kapil Sharma Show because it is produced by Salman Khan. Those who will boycott this show with me write Yes. Those who brought darkness upon Sushant's household, let's ensure their lives are darkened. #SolarEclipse2020' 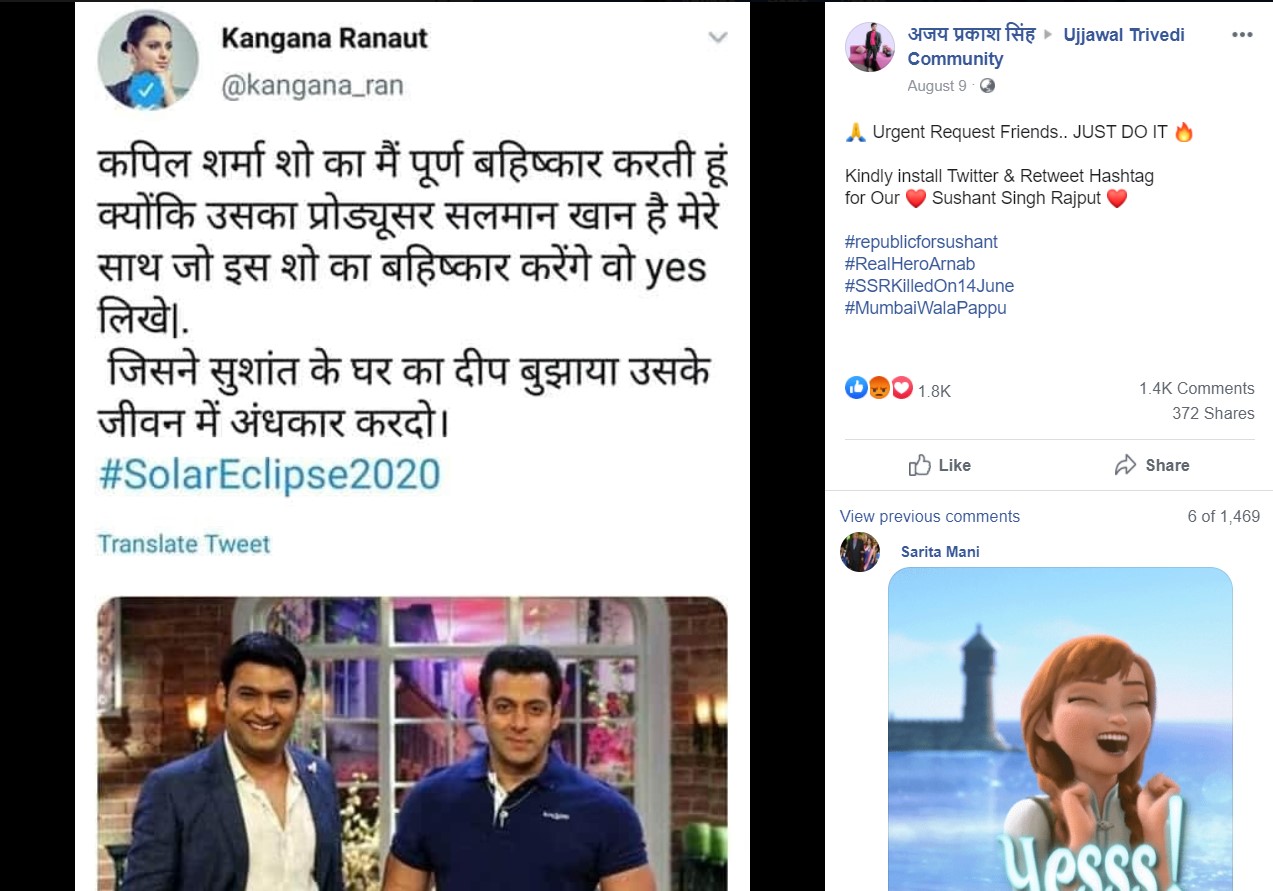 At the time of writing this article, this post has been shared over 350 times. 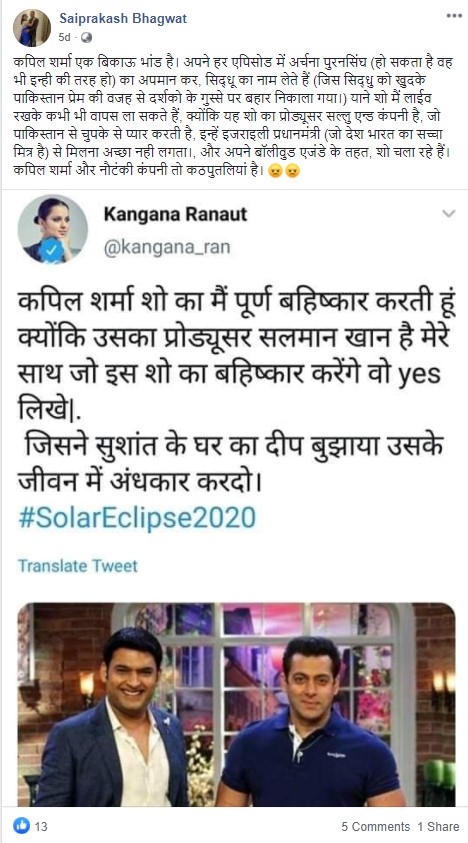 With the help of the Wayback Machine website, we were able to find archives of the now non-existent Twitter handle and found several posts from June 2020 which called out for the boycott of actor Salman Khan and his movies. 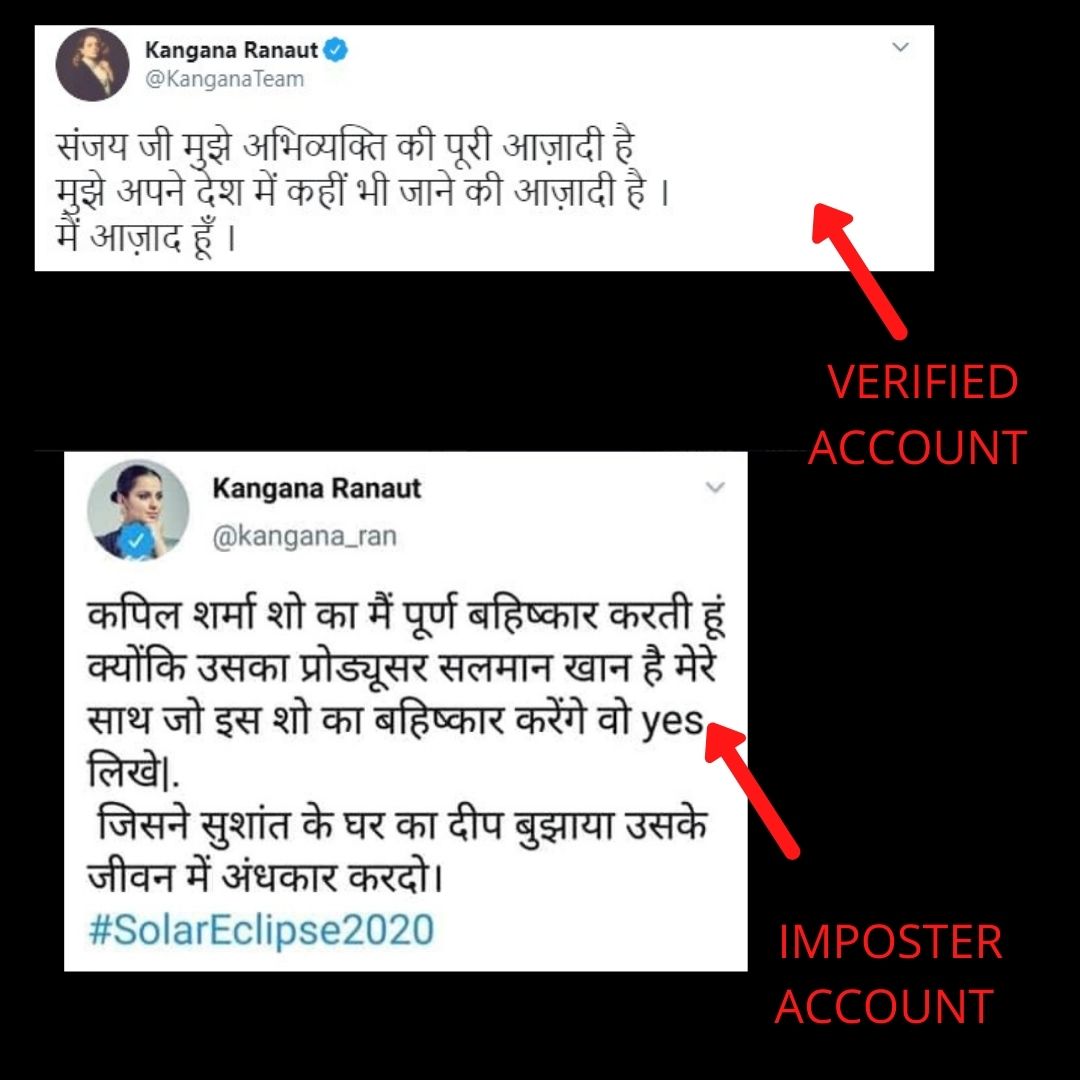 We did not find any such report on the internet and also checked the verified Twitter handle of Ranaut - @KanganaTeam for any such tweets but found nothing similar to the boycott call given in the viral post.

In conclusion, the claim that Kangana Ranaut made a call to boycott of The Kapil Sharma Show since it is produced by actor Salman Khan is false.