The woman in the image is former Congress MLA from Assam, Rumi Nath, who was injured during a mob attack in 2012 and is not related to domestic abuse by her Muslim husband.

A picture of women with injury marks on her face is getting viral on social media with the claim that a Hindu woman who married a Muslim man was subjected to domestic violence.

A Facebook user name Nirbhay Desai shares two pictures, the first one shows a happy looking couple posing together, and the second image shows the same woman with several injuries on her face. The caption reads“This woman from Assam left her husband and younger daughter to marry a jihadi Zakir Hussain and become Rubia! Now, whats Zakir Hussain did to her after marriage!” { Translated from Hindi } 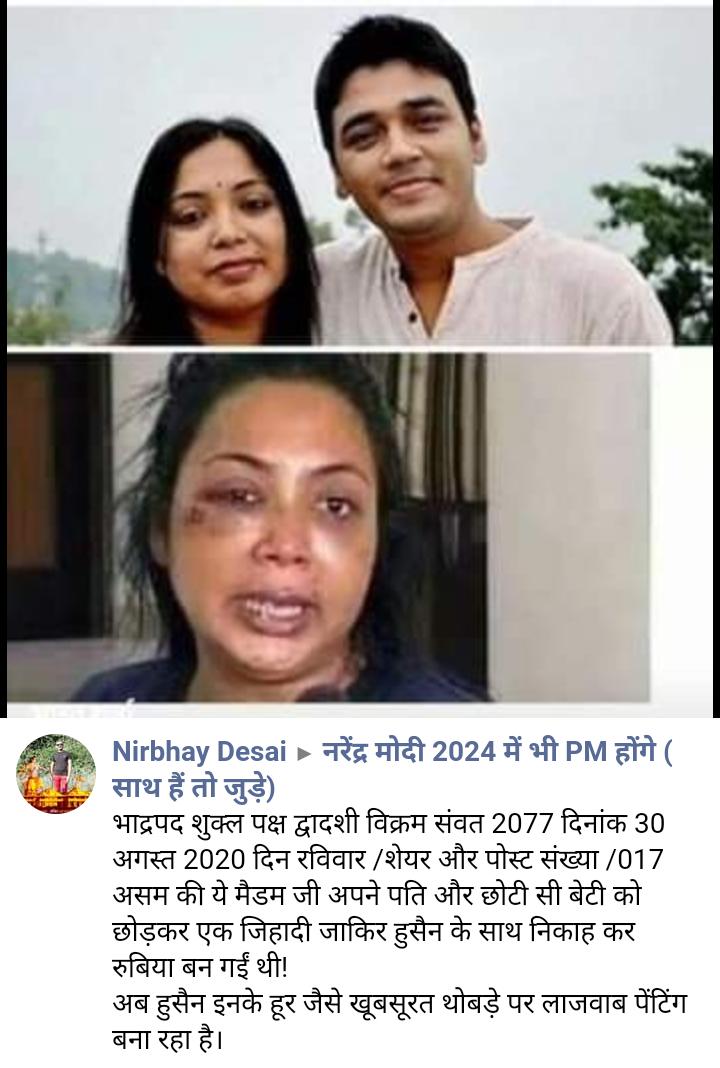 The same picture was also shared by a twitter user Manjeet Bagga with the same claim. 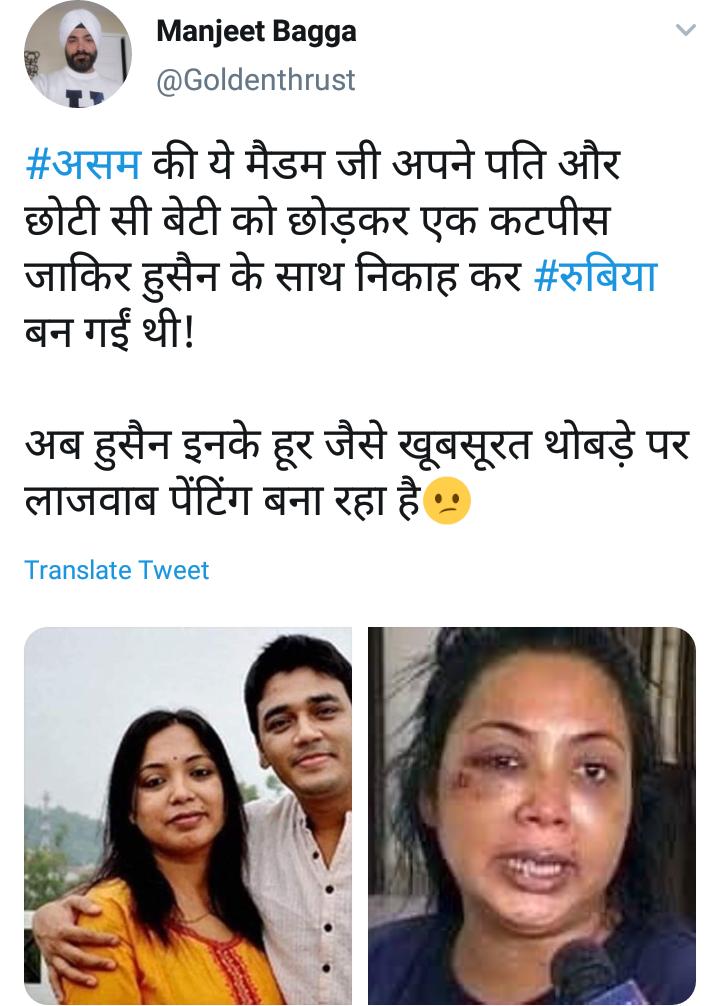 In our investigation, we found that the viral claim is false. The matter is from 2012 when a former Congress MLA, Rumi Nath was beaten up by a mob in Assam's Karimganj.

After doing a reverse image search on google, we found similar images of injured Rumi published in multiple media reports.  According to Times of India news report published on June 30, 2012, titled "Assam MLA and her second husband beaten up", Congress MLA Rumi Nath and her second husband Jaki Zakir, whom she married without divorcing her first husband, was beaten up by a mob of around 100 people at a hotel in Karimganj town in Assam. 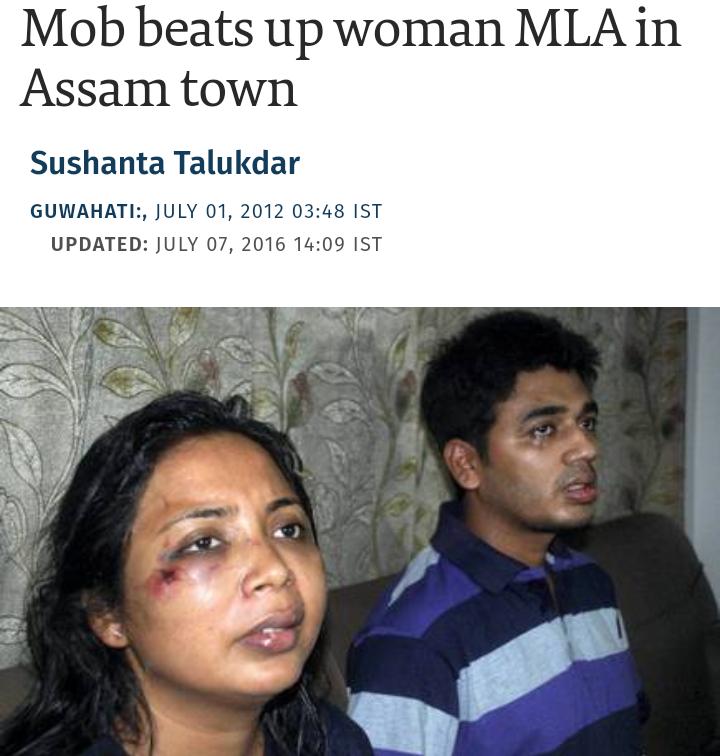 Rumi Nath married Jaki Zakir, a Muslim, and converted to Islam. She had allegedly not divorced her first husband.

According to a video published by India Today, Rumi Nath and her husband were beaten up and injured when they were attacked by a 100 strong mob at a hotel in Karimganj. The photo of Rumi used in the viral post has also been taken from this interview. She clarified that the attack on her had no communal motive but was rather a “political conspiracy”. As per the report, police had arrested five people for beating up the couple. 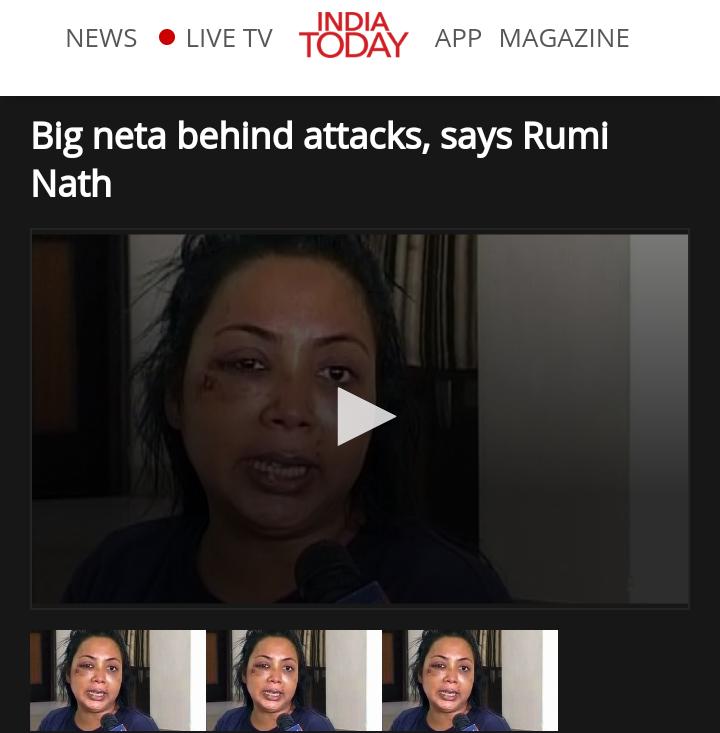 Rumi Nath was first elected to the Assembly in 2006 on a BJP ticket from the Borkhola constituency. She later defected to the Congress and won the seat a second time in the 2011 elections.

In conclusion, the woman in the image is former Congress MLA from Assam, Rumi Nath, who was injured during a mob attack in 2012 and is not related to domestic abuse by her Muslim husband.

In a recently discovered 'Love Jihad' case, a mother-daughter duo was murdered and buried at their home by the woman's lover in Uttar Pradesh's Meerut. A man identified as Shamshad has been named as the main accused in this case. Shamshad is also accused of marrying the woman by changing his name and hiding his religious identity.

According to police, Shamshad fooled Priya by claiming that he is a Hindu remained in a live-in relationship with Priya and her daughter Kashish for around five years. Shamshad told Priya that his name was Amit but when Priya realised that Shamshad is actually a Muslim she started drifting away from him. The couple started fighting continuously and on March 28, Shamshad killed both Priya and Kashish. Shamshad then buried the bodies of Priya and Kashish in the courtyard of their home.