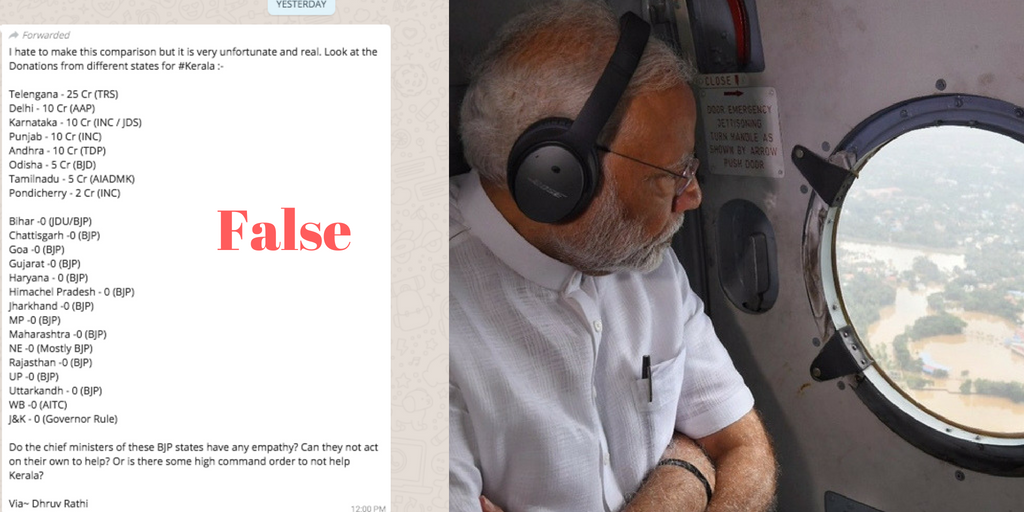 As Kerala battles its worst flood in nearly a century, various rumors and misinformation are getting viral on social media and WhatsApp. We received following message on our WhatsApp group.

I hate to make this comparison but it is very unfortunate and real. Look at the Donations from different states for #Kerala :-

Do the chief ministers of these BJP states have any empathy? Can they not act on their own to help? Or is there some high command order to not help Kerala? 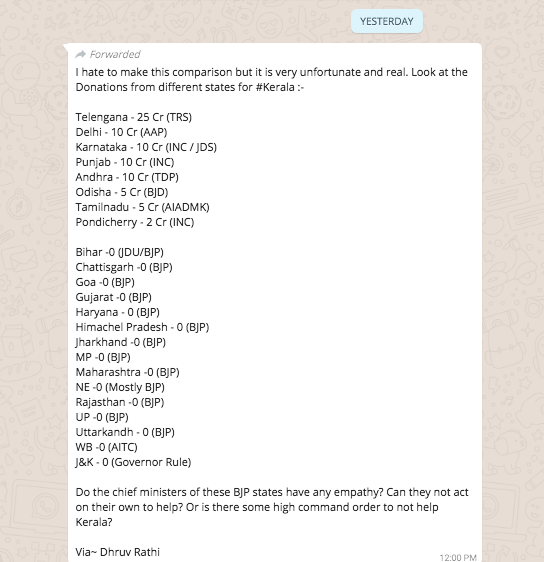 This was first posted on a pro AAP blogger Dhruv Rathee's Facebook page and now it is going viral on Whatsapp. (Note: he has now updated his post)

Delhi CM Kejriwal promised to give 10 cr on 17th night and by 18th evening all other major states joined in. Bihar donated on 18th Afternoon. UP as well joined in on 18th evening.

These types of announcement take time and within 24 hours all major states had announced their official aid for Kerala. Another lie was spread by Dhruv Rathee that Karnataka has increased the aid amount to 200cr. 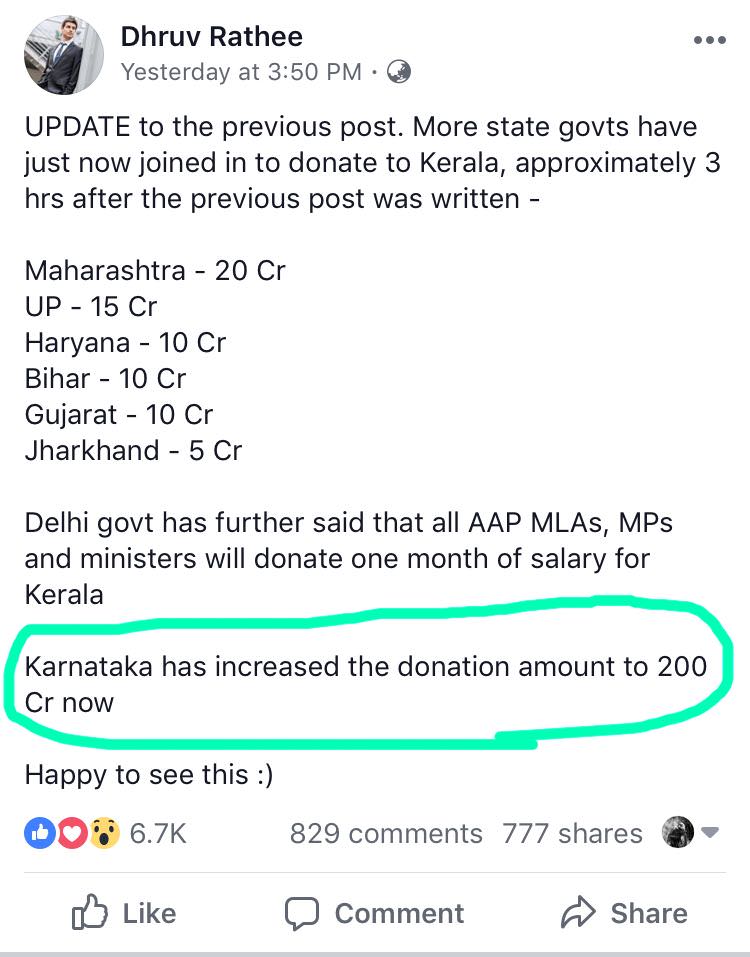 But again it was a plain lie since 200cr aid was for its own districts which are also flooded. Reference

Later, he deleted 200 cr part from his post without any clarification.

Even on Twitter people are sharing different messages claiming while all other states have announced the donation to Kerala, BJP ruled states haven't done anything towards it. Here is one such Tweet. 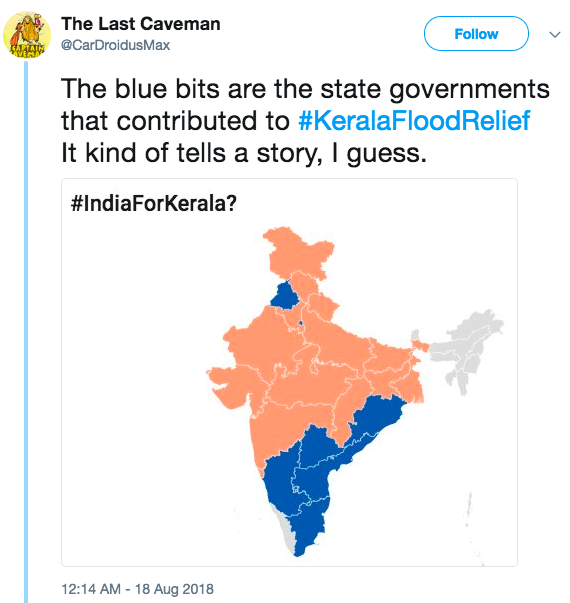 The viral message is not true. Home Minister Rajnath Singh had announced Rs 100 crore as immediate relief in assurance to the state due to floods and rains. The Rs 500 crore grant was announced by PM Modi after inspection of the flood-affected areas in addition to the Rs 100 crore.

Here is the list of states and their donations

We advise our readers not to trust such politically motivated WhatsApp forwards and social media posts.