It is true that Maharashtra government has approved the project to set up the water ambulance service between Gateway of India in south Mumbai to Mandwa in Raigad district. However, the picture shared by Shivsena members is outdated and unrelated.

Shiv Sena party member and member of parliament Priyanka Chaturvedi recently quoted a tweeted by Amey Ghole, a Shiv Sena corporator where he has claimed that the Maharashtra government has initiated a boat ambulance and has thanked the CM of Maharashtra for this. 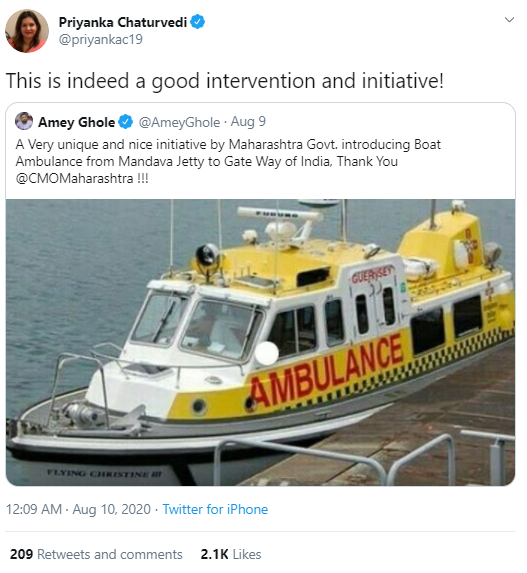 Many Twitter users were trolling the Shiv Sena members after finding out that the image used by Amey Ghole is not a boat ambulance in Maharashtra but it is from an island in Europe called Guernsey (the name is also written on the boat itself). Following this, we did a reverse image search of the picture and found that the image was first published in an article reporting the news about the opening of the marine ambulance back in 2012. Therefore, not only is the image not from India, but it is also very outdated. 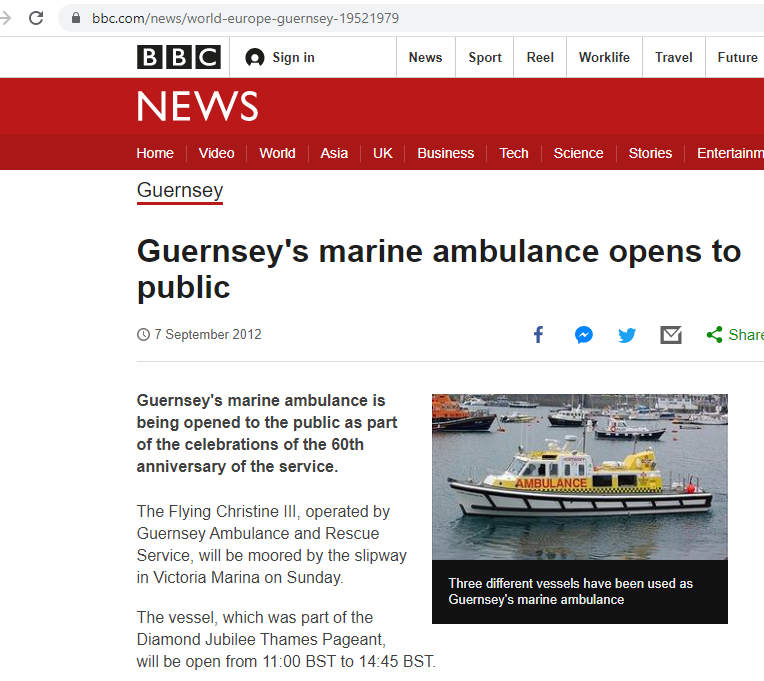 However, we did search for news articles to see if Ghole’s claims are right and The Print has published an article reporting that “The health department has approved the project to set up the water ambulance service between Gateway of India in south Mumbai to Mandwa in Raigad district”. It is to be noted that the government has just approved and the process of issuing tenders has just started and the services have not begun.
Thus, the base of the story is true but there are several misleading aspects in the tweet, such as using an outdated image, making it seem as though the boat is in function when only the plan has been approved and another major party member retweeting this misleading tweet.