A job commercial by a private agency in a newspaper regarding alleged recruitment in eight categories of posts on Indian Railways is doing rounds on social media. 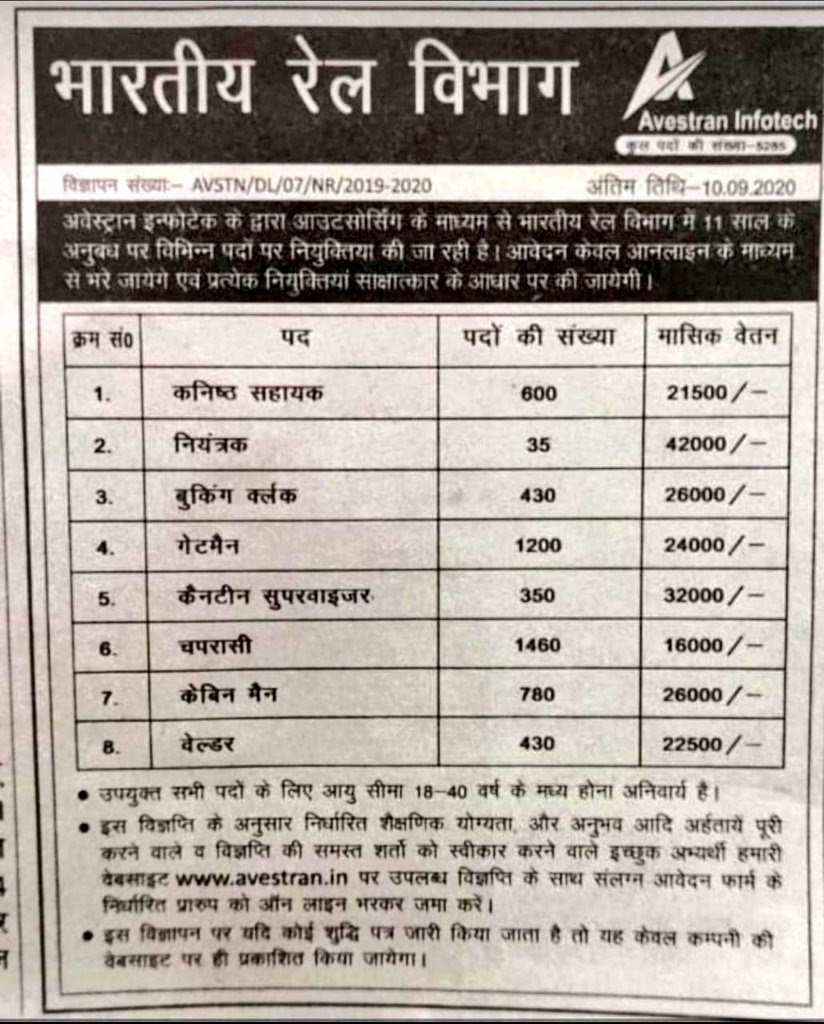 The above advertisement was given by an organization named Avestran Infotech having website address www.avestran.in on August 8. It was mentioned in the advertisement that the Indian Railways hiring for 5,285 number of posts in 8 categories on the Outsourcing basis for 11 years contract. The last date of the receipt of the application has been mentioned as September 10, 2020.

The fact-check arm of the press Information Bureau clarified that the widespread claim is false and said "Ministry of Railways has not outsourced the jobs mentioned in the viral notice, the qualification is also wrong and there is no discrimination on the basis of gender in railways." 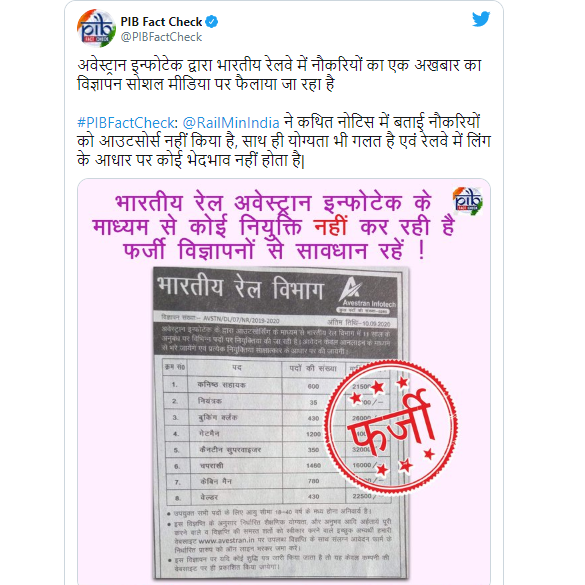 The Railway Ministry has called the claim made in this advertisement fake and clarified, "All that Advertisement for any Railway recruitment is always done by Indian Railways ONLY. No private agency has been authorized to do the same. The said issuance of said advertisement in question is illegal". 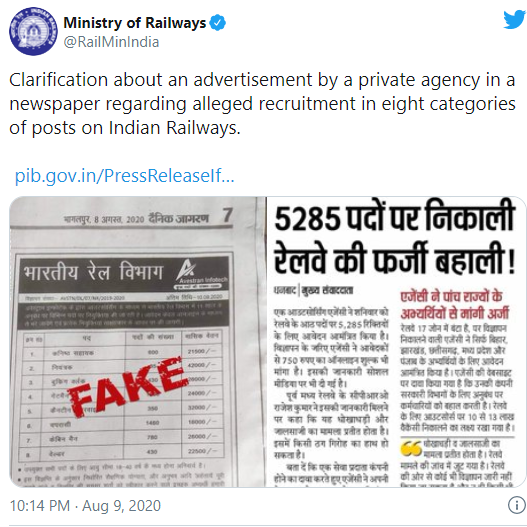