AAP’s Sanjay Singh built up a fake narrative to sensationalize an image of a woman crying over her martyred brother as a blind widow crying over her husband and gave it a political angle by blaming Modi as well.

Recently, an image of a woman breaking down and crying in front of the Kargil War memorial is being widely shared by netizens. It has been pointed out that this image was also viral back in 2018 when AAP leader Sanjay Singh tweeted it, claiming that this woman crying is the blind widow of a Kargil martyr.

The image started surfacing Twitter again after some users quoted Sanjay Singh’s tweet with tweets showing how he gave a false narrative to a woman crying at the Kargil memorial. 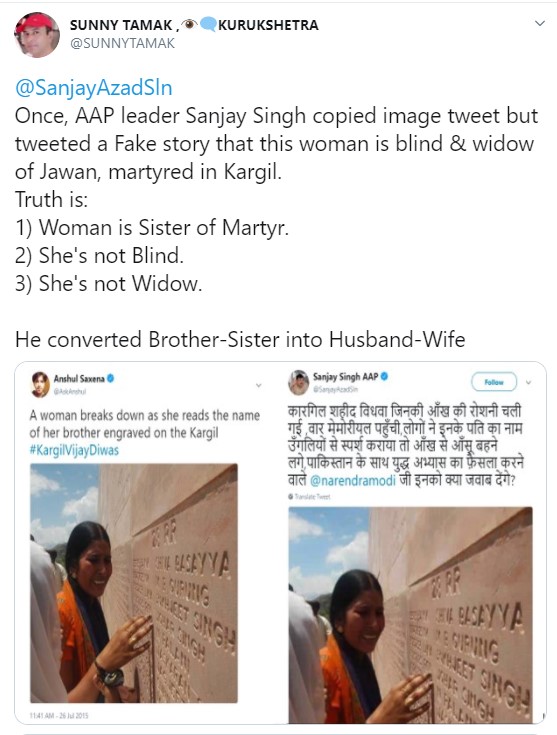 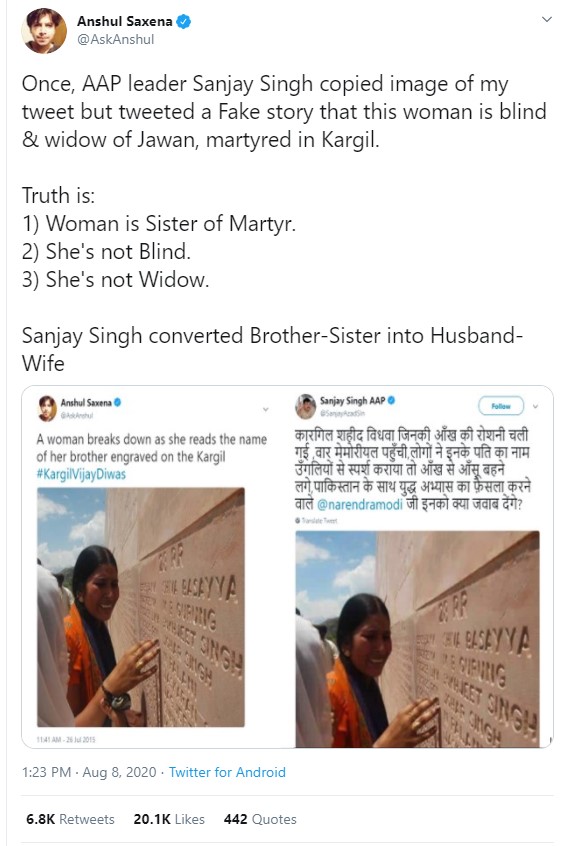 To verify these claims against Sanjay Singh, we did a reverse image search of the image of the woman and one of its first and original sources is from 2006. The original source reports that the woman is the sister of one of the martyred Indian soldiers in the Kargil war. 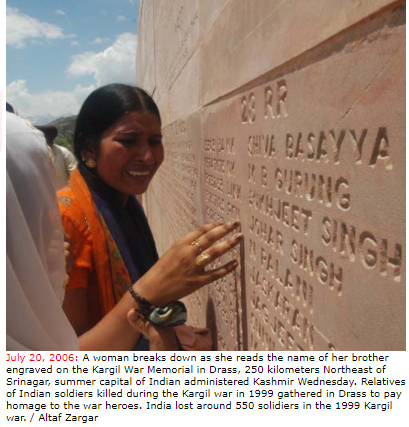 In conclusion, AAP’s Sanjay Singh had built up a fake narrative to sensationalize an image of a woman crying over her martyred brother as a blind widow crying over her husband and gave it a political angle by blaming Modi as well.