An image doing rounds on social media purportedly showing an advertisement on Hindi news channel Aaj Tak for Dr. Morepen’s product Burnol, which was allegedly placed during the coverage of the Ram Temple’s Bhoomi Poojan.A number of social media users are sharing the viral image where some found it to be funny while others questioned the placement of the ad and the message that has gone out. 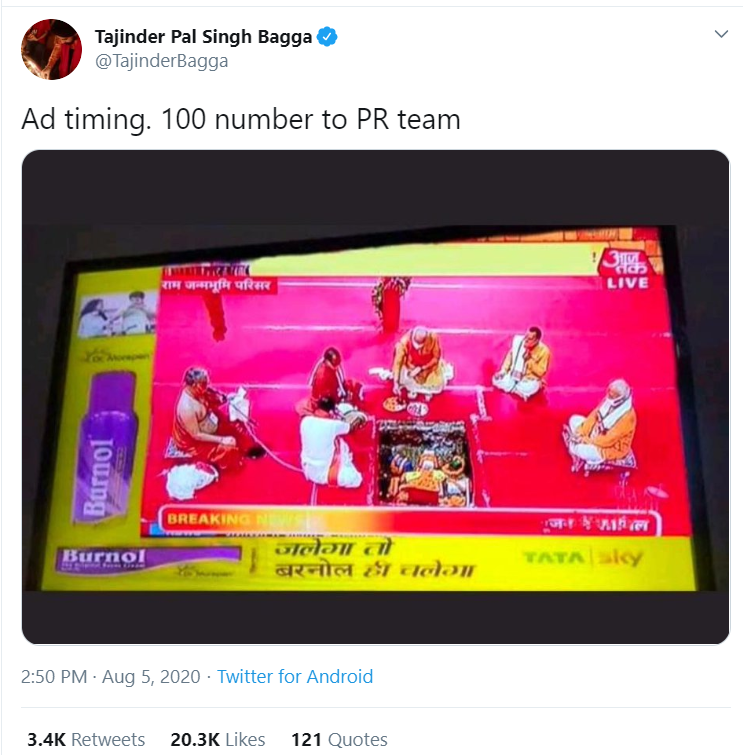 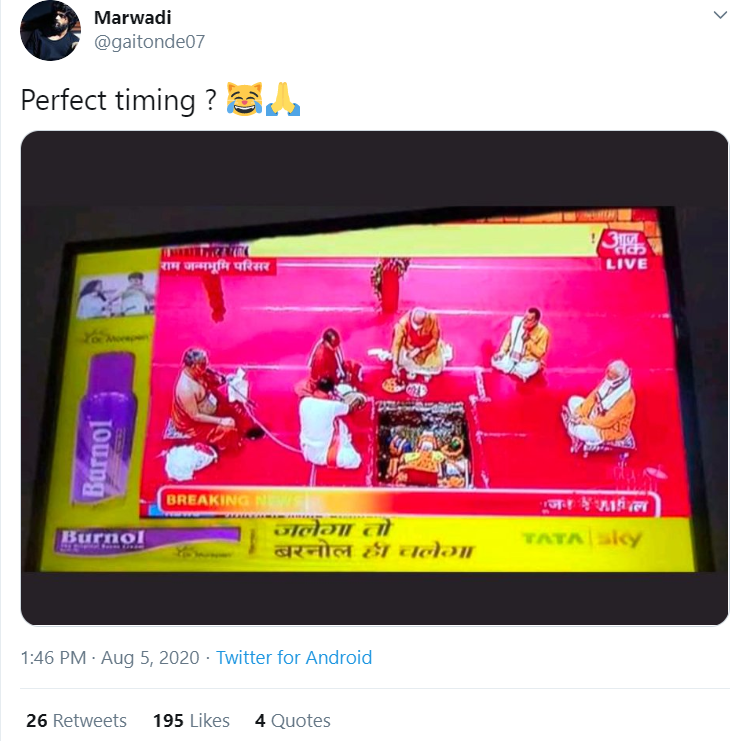 The image was widely circulated on WhatsApp.

However, it turned out that the purported image doing rounds on social media was fake. India Today group took to Twitter and clarified that this viral image is morphed. Aaj Tak did not run any ad of the mentioned brand during the RamMandir 'bhoomi pujan'.