A picture Sooraj Pancholi with his friend, Anushri Gaur was shared on social media with a false claim that he was linked to Sushant’s ex-manager Disha Salian.

Actor Sushant Singh Rajput and his former manager Disha Salian’s cases are getting more and more complex. Now, many conspiracy theories are being propagated on social media alleging Sooraj Pancholi's involvement in their deaths.

A picture is getting viral where Sooraj Pancholi was posing with a girl who was being claimed as Sushant’s ex-manager, Disha Salian. A parody account of Kangana Ranaut had posted an image claiming that"Pancholi said he doesn't know Disha. He Never Met Her In His Entire Life.' 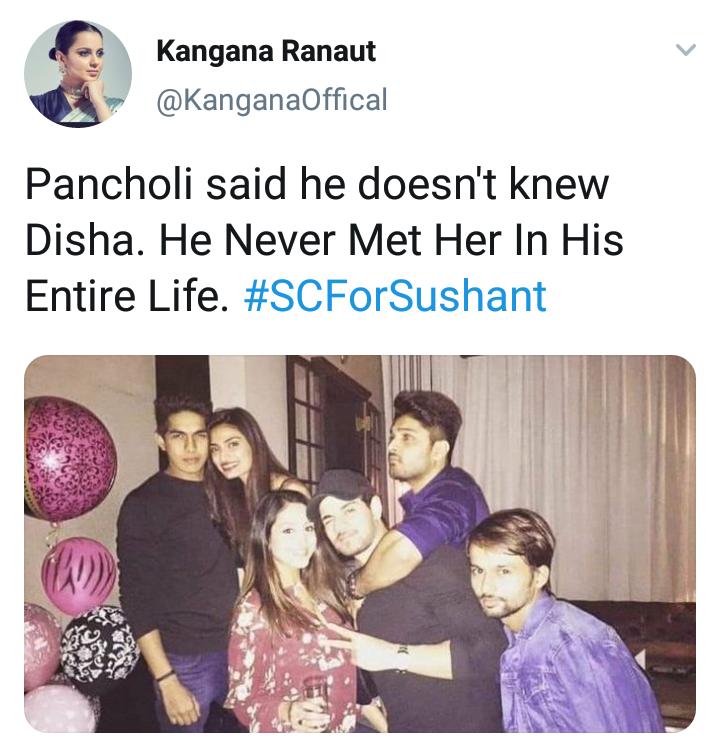 The viral post received 1,969 likes and 1,089 retweets at the time of writing this article.

In our investigation, we found that the viral claim is false. The person with Sooraj Pancholi in the image is his friend, Anushri Gaur not Disha Salian.

On August 5, tagging his friend on the post, Sooraj Pancholi took to Instagram and wrote, "Complete bullshit!! Is this the media we are supposed to trust?? That girl in the picture which was clicked in 2016 is not “Disha Salian” that is my friend @agaur21 (Anushri Gaur) who doesn’t even live in India.". Sooraj Pancholi further addressed the media and added, "Please stop brainwashing people and PLEASE stop harassing me and dragging me into this! Start being responsible for your actions as it can ruin someone’s life! I have said this before and I’m saying it again “I have never met or spoken to Disha Salian in my life” 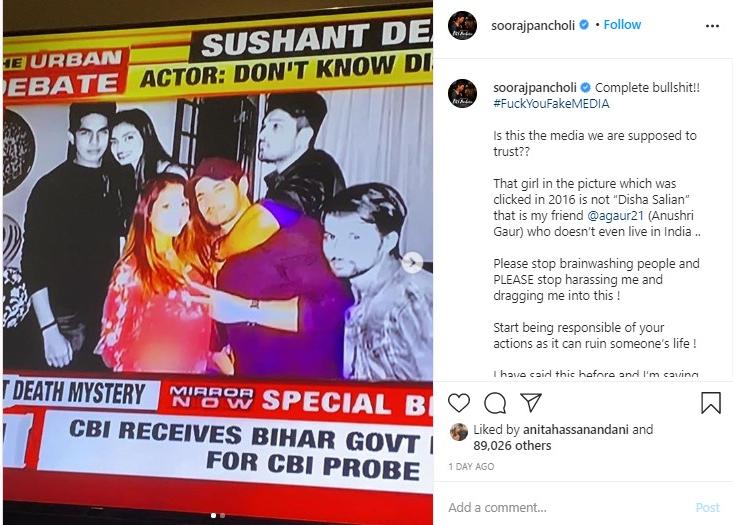 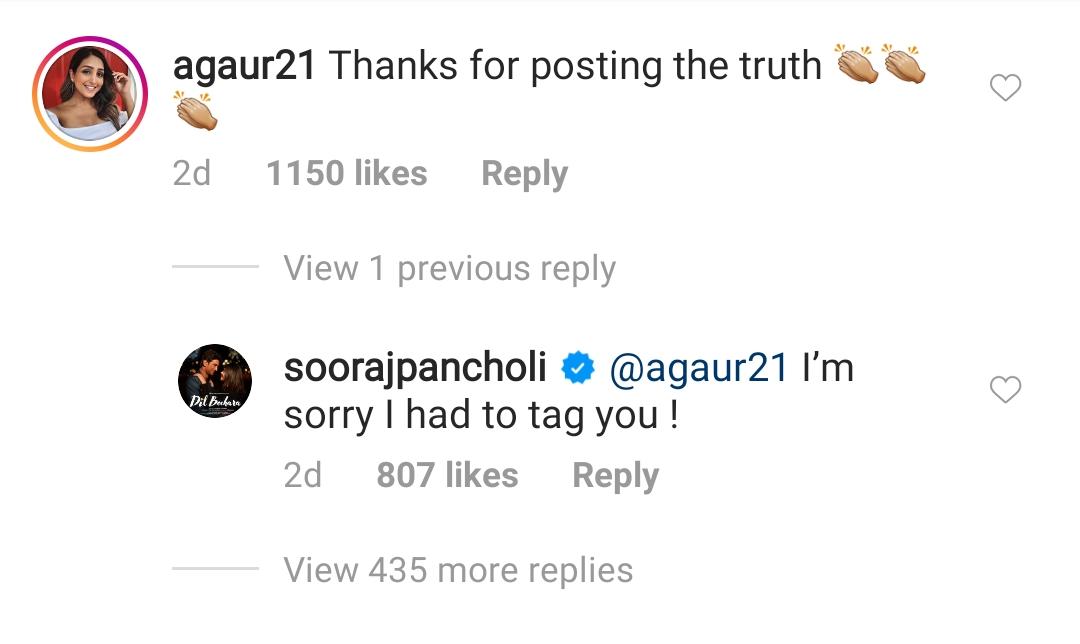 In a conversation with India Today, Suraj reacted to his name being mentioned in relation to the Sushant Singh Rajput death case. The actor said, "They are dragging me into this for no reason at all. It’s better I say nothing. Let them do what they have to. Thank you for reaching out. If there is something, I will reach out to you.” He also said that search before making such allegations, these things need to be investigated very well.