Kanpur-based gangster Vikas Dubey, who was killed in the encounter, is believed to have a stronghold in the major political parties. Now, a picture of gangster Vikas Dubey dancing along with BJP spokesperson Sambit Patra is going viral on social media.

A Facebook user name Kalim Akhtar shared the picture with a claim that 'This is our Sambit Patra who is dancing with Vikas Dubey and shouts a lot on TV channels claiming that our image is clean". ( Roughly translated from Hindi) 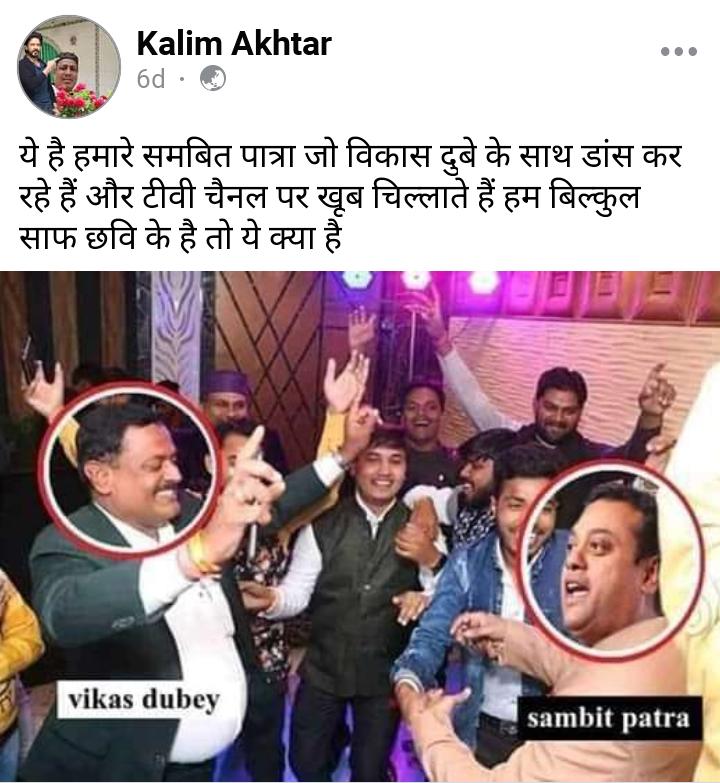 The picture is also going viral on Twitter with the same claim. 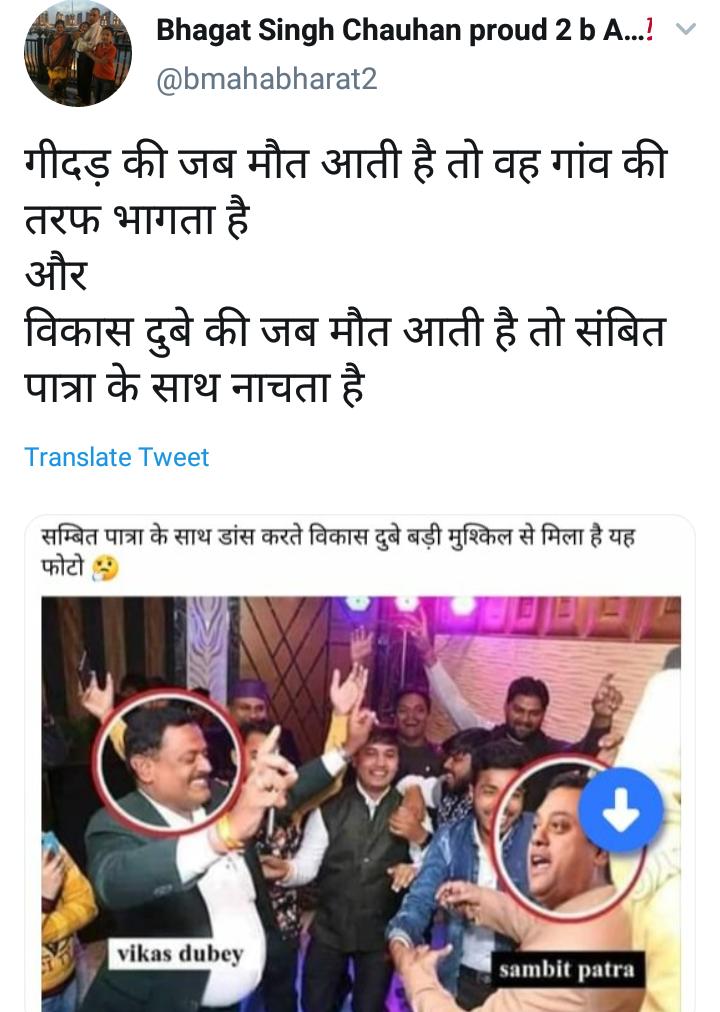 In our investigation, we found that the viral claim is false. The picture of Sambit Patra dancing with gangster Vikas Dubey is photoshopped.

After doing reverse research of the image we found the original photo in an article published by a Hindi newspaper website ‘Amar Ujala’. According to the report, originally the picture is of Jai Bajpai, the closest to Vikas Dubey. Jai has also been arrested by the police. 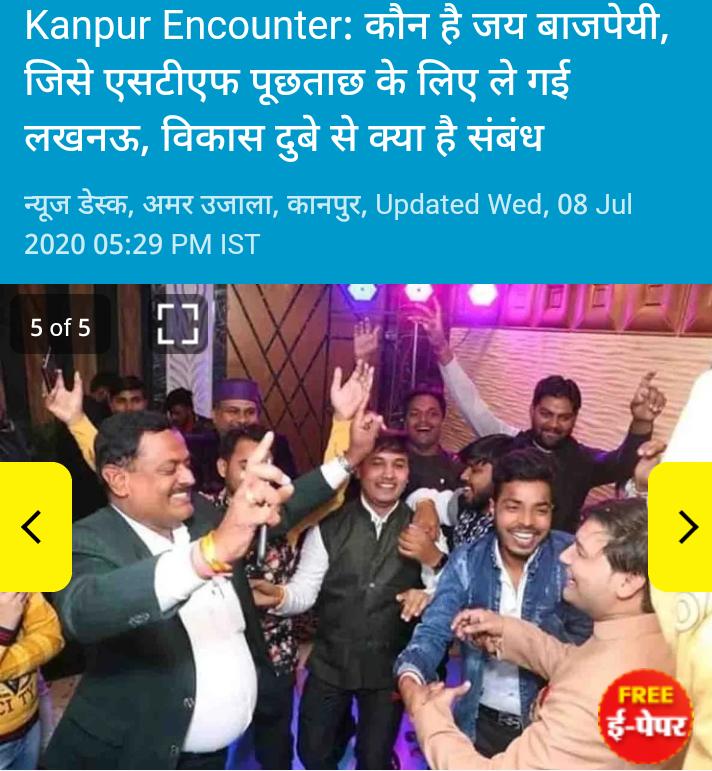 After comparing both the viral and real images, it is clear that Sambit Patra’s face was superimposed on one of the men in the original picture with Vikash Dubey.  You can see the comparison of both the photos below.

In conclusion, in our investigation, we found the picture of Sambit Patra dancing with gangster Vikas Dubey is photoshopped. The face of Vikash Dubey's close friend Jai Bajpai has been replaced by the face of Sambit Patra with the help of Photoshop.