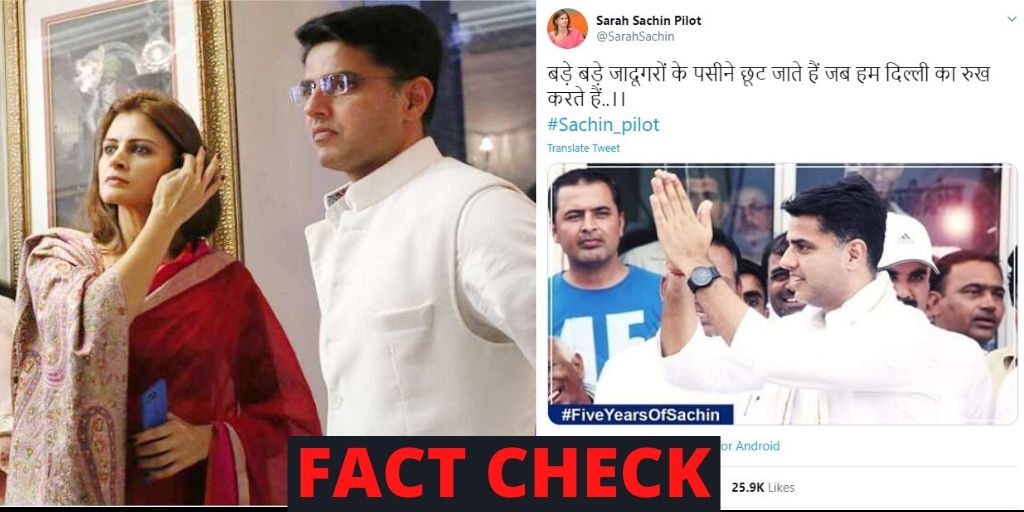 IANS fell for a fake Twitter handle of Sachin Pilot's wife, Sara Pilot, and published a story based on it.

In the backdrop of the political crisis in the ruling Congress party in Rajasthan, where reportedly deputy CM Sachin Pilot is rebelling and is camping in Delhi with around 25 MLAs. Amid this, news agency IANS published a story saying that Sachin Pilot’s wife Sarah Pilot has attacked the state CM on Twitter. Several other media houses including Outlook, Newstrack, and Free Press Journal published the wire copy of IANS. 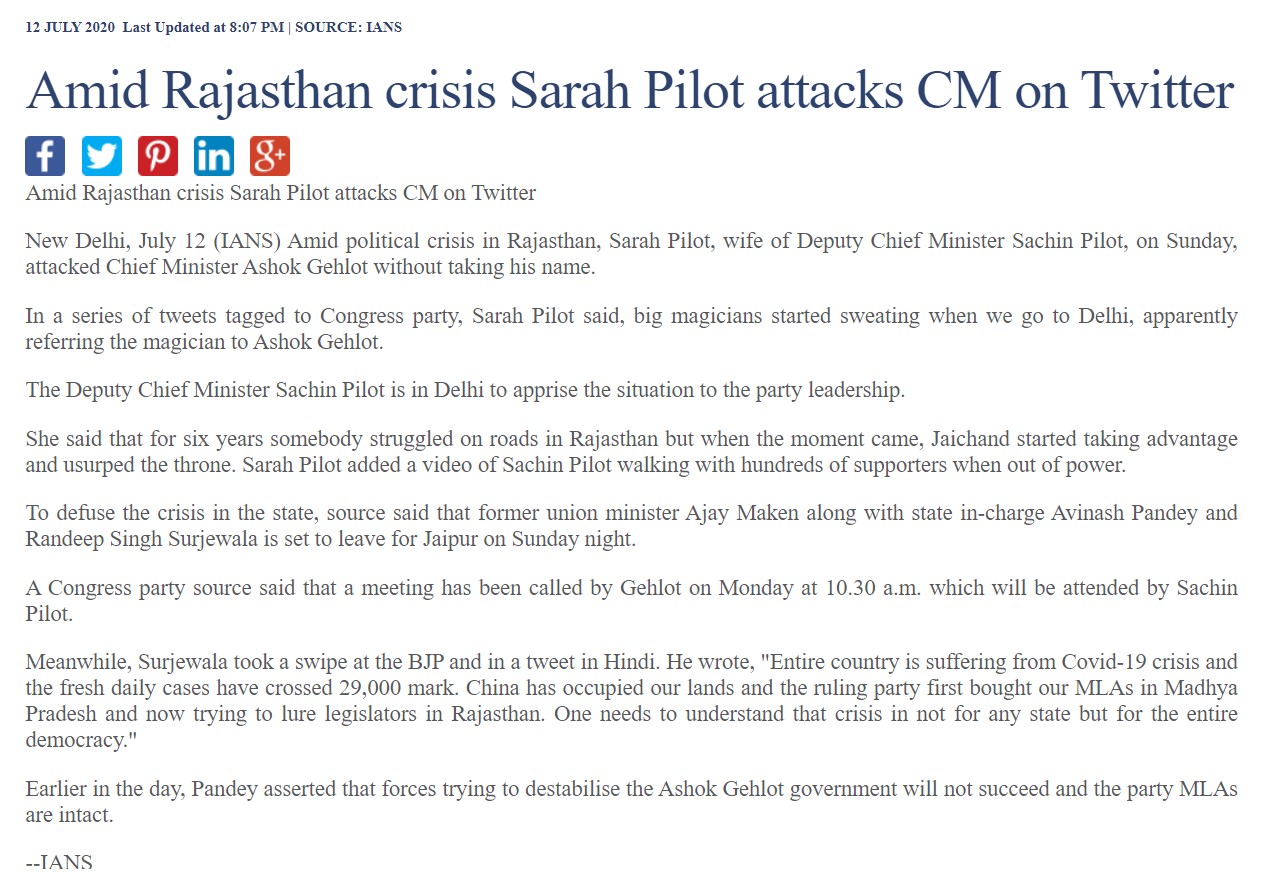 As per the  Sarah Pilot posted a series of tweets directed at Rajasthan CM. The report quoted Sarah Pilot as saying that big magicians have started sweating when we go to Delhi, apparently referring to Ashok Gehlot as a magician. It also mentioned that she said that for six years somebody struggled on roads in Rajasthan but when the moment came, Jaichand started taking advantage and usurped the throne.

The IANS report didn’t link or embed any of the tweets of Sarah Pilot. But the same tweets which were mentioned in the report were found in the Twitter account with the name Sarah Sachin Pilot, the account name of which is @SarahSachin. 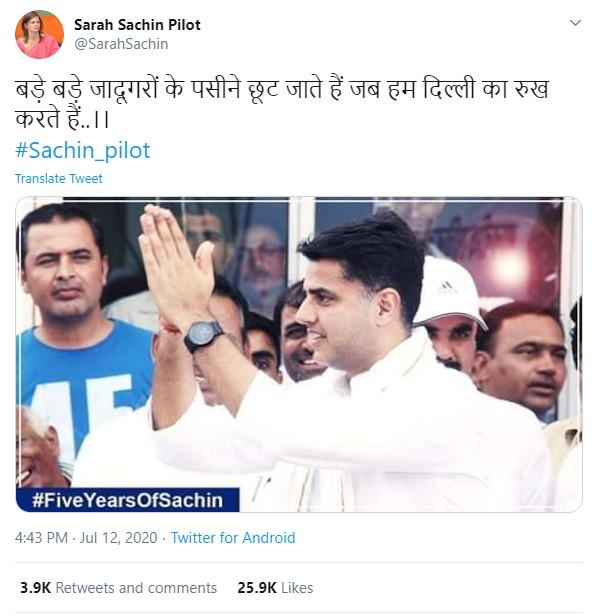 However, The twitter handle which has been quoted by IANS is a fake handle.

A look at the Twitter handle immediately gives an idea of it being fake. The account was created in March 2019, but the account is not verified. Moreover, the account is neither followed by Sachin Pilot nor by Omar Abdullah, her brother. The account is filled with spelling errors. The name of Sara Pilot is spelled wrongly as 'Sarah'. 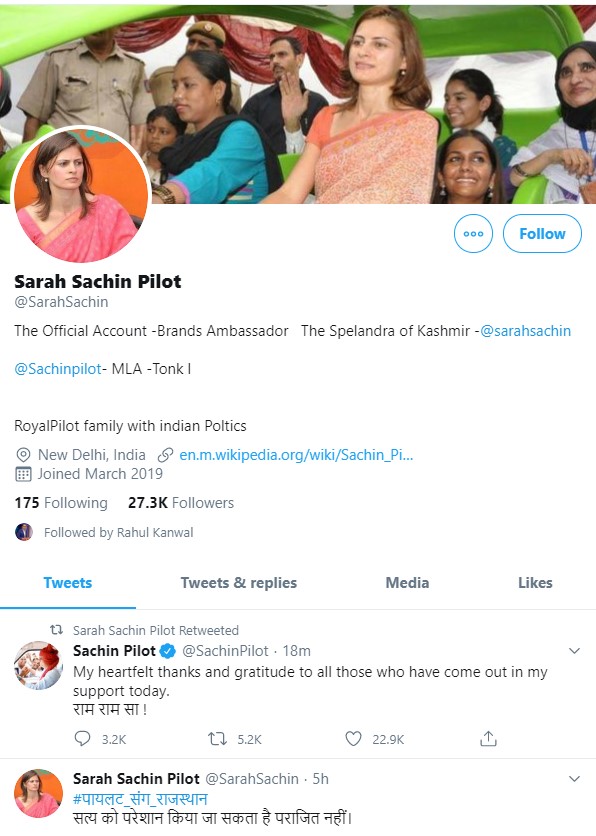 Tabeenah Anjum, a journalist based out of Rajasthan, pointed out that the account is fake. She wrote that she is surprised to see tweets from fake accounts making it to the mainstream news. 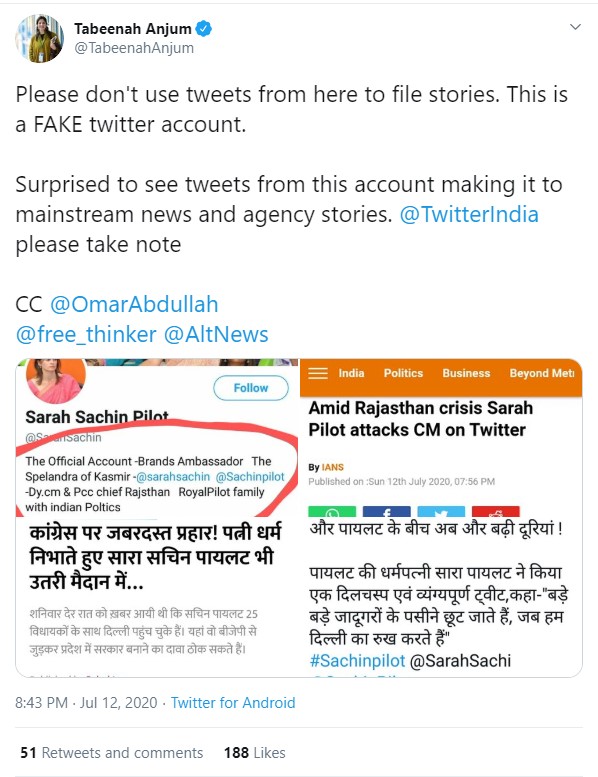 In conclusion, IANS fell for a fake Twitter handle of Sachin Pilot's wife, Sara Pilot, and published a story based on it.