The claim made by a journalist named Ashraf Wani that a Kashmiri woman in Pampore was killed by bullets fired by the Indian Army is false.

On July 9, an Indian Army convoy was attacked by a group of terrorists in Pampor. At 6 PM, an ambulance with QRT (Quick Reaction Team) moving from Khrew was fired upon by terrorists from near a Mosque at Laddoo Mor, Lethpora, Awantipora.In the attack, one soldier and one civil lady sustained injuries in the crossfire.

However, amid this, Ashraf Wani, the India Today journalist took to Twitter and claimed that a lady died after she was hit by a bullet in Pampore after the Indian Army had fired against “youth pelting stones”. 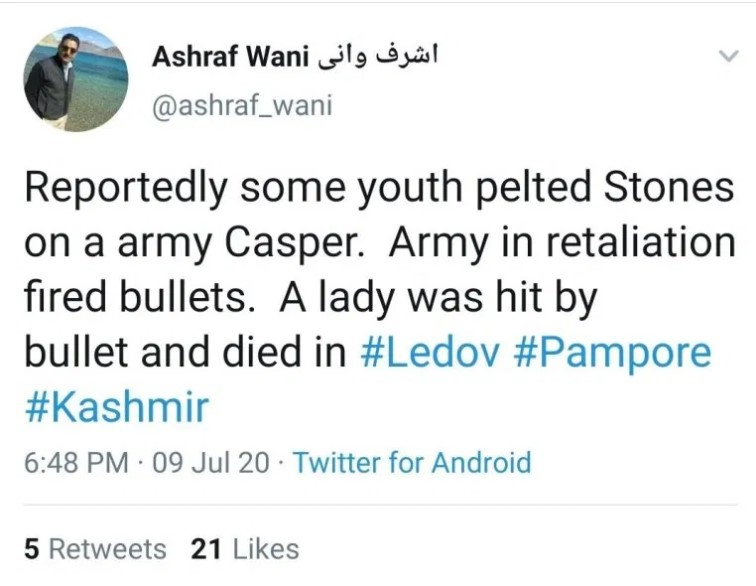 The woman in question was caught in a crossfire between Army and terrorists after terrorists fired at an Army convoy from a mosque in Pampore. She sustained minor injuries and was discharged from the hospital after being administered first aid.

Senior journalist Aditya Raj Kaul posted the image of the injured lady, who was referred to as dead by Ashraf Wani, to state that the injured lady was absolutely fine and back home from the hospital after getting first-aid.

“The injured lady is absolutely fine and back home from the hospital after getting first-aid. She was caught in between crossfire when terrorists fired at Army Convoy from near a Mosque in Pampore of Pulwama. Don’t believe fake news of some idiots,” read the tweet from Kaul. 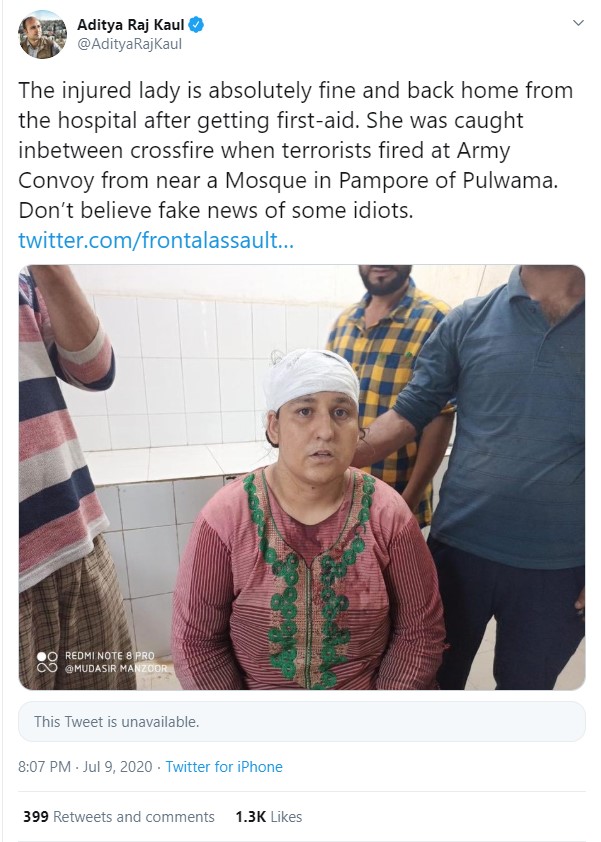 Zee News too reported about the incident.

In conclusion, the claim made by a journalist named Ashraf Wani that a Kashmiri woman in Pampore was killed by bullets fired by the Indian Army is false.