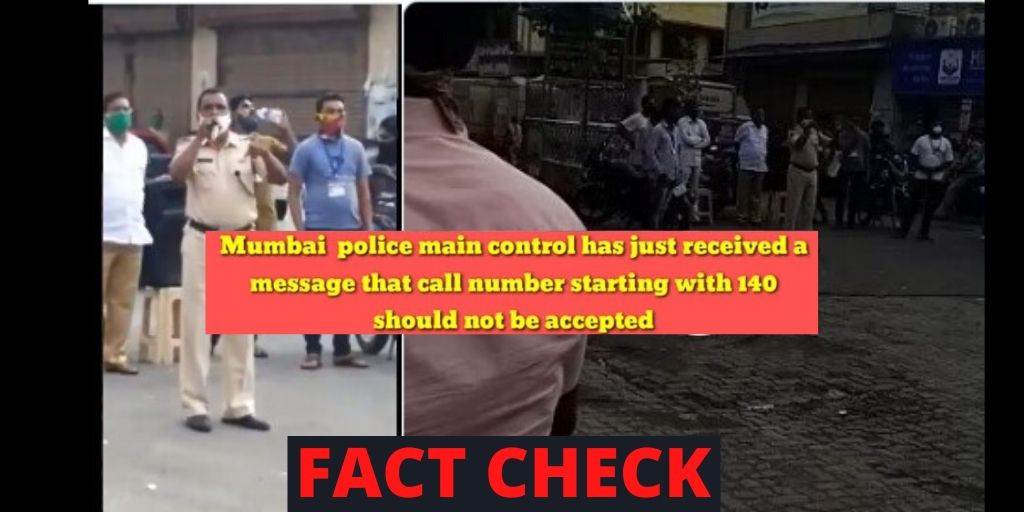 Recently, a video is being widely circulated on various social media platforms in which a police constable is making an announcement on loudspeakers warning people to accept calls from numbers starting with +140 as one can lose bank balance just by accepting the call.

The video is doing rounds on WhatsApp along with a message stating, "Mumbai Police Main Control has just received a message that call numbers starting with 140 should not be accepted. Forward this information to all groups, even if it is a public group."

The same video is also viral on Twitter with the same claim.

Many YouTube channels also uploaded the same video with a similar claim.

In a few other videos also, some policemen can be heard making similar announcements in Marathi.

Firstly, one cannot lose bank balance just by accepting the call and for this to happen, one needs to share their confidential banking or personal details or OTP with such callers.

While researching, we found  Maharashtra Police’s Cyber department clarification that people should not panic as the numbers starting with +140 are telemarketing calls.

In a series of tweets, Maharashtra Police’s Cyber department wrote, "There is a video clip doing the rounds on social media of a police constable telling people not to accept calls from numbers starting with +140. We would like to clarify that numbers starting with +140 are telemarketing calls. In any case, and in ALL cases, People should NOT share their confidential banking or personal details or OTP with such callers. " 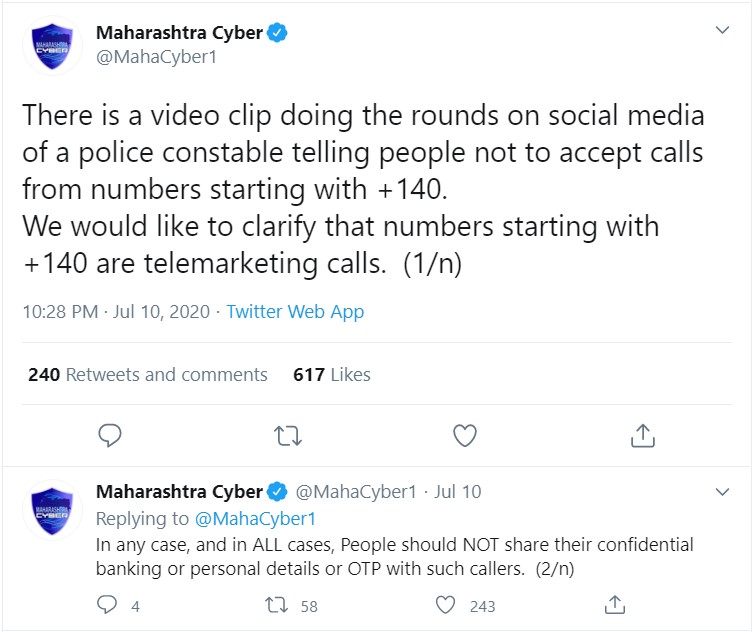 However, there is no clarification on videos of police officials making these announcements.

Meanwhile, a promotional campaign by an online streaming platform, Sony Liv, for a new web series led to panic among Mumbai residents. Many people received a phone call from a man who reported witnessing a murder and this call was part of the campaign.

Reportedly, the calls also spawned rumors of banking fraud with claims that answering calls from numbers beginning with the digits 140 would lead to bank accounts being hacked.

However, after Mumbai Police asked the company to call off its campaign, Sony Liv issued an apology on Twitter saying, "SonyLIV deeply regrets the recent promotional test activity for its show “Undekhi” which has caused anguish to some people. Our intention was never to cause distress to anyone. We sincerely regret any inconvenience caused and offer our apologies." 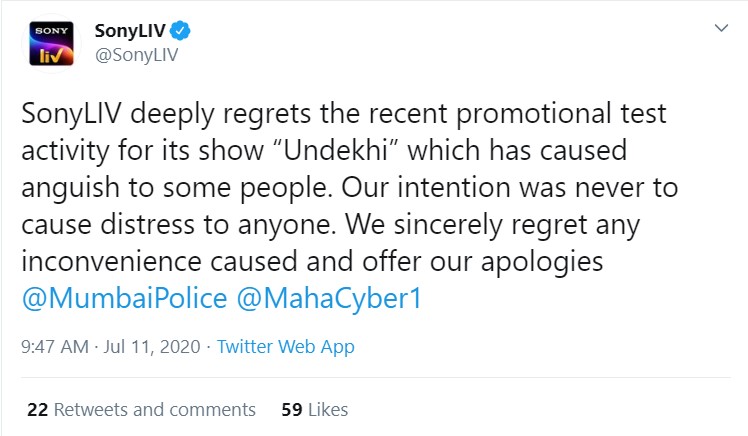