The infographic claiming that 19 lakh EVMs were stolen from BJP ruled state is misleading.

Infographics with a message claiming that 19 lakh EVMs were stolen from BJP ruled states including Gujarat, Madhya Pradesh, and Chattisgarh are being shared on Twitter.

A user named S Kumar shared the image with the caption, "Easy Vote Management = EVM Who stole 19 lakh EVMs still not known neither EC has registered an FIR so far nor probe has been ordered despite PILs were filled in Court in MP & other places !?! Who is suppressing probe?"

We also received a request to check the truth behind the claim made through the infographic. 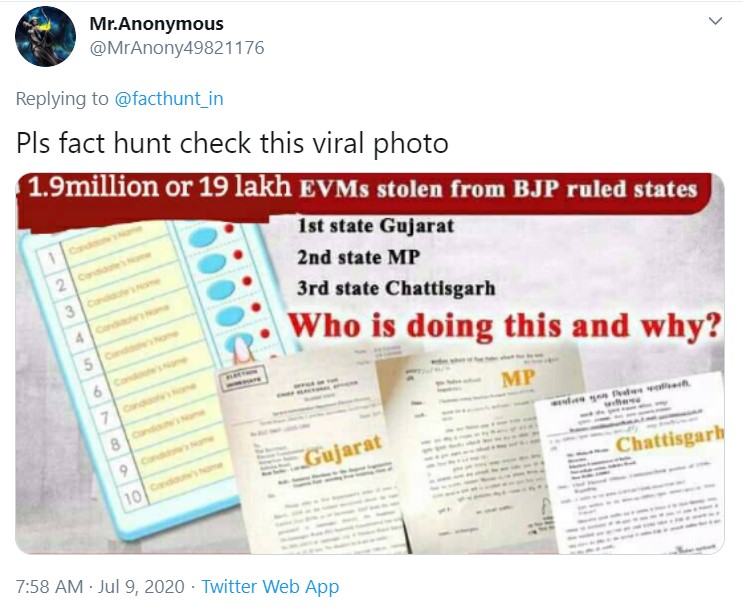 In our investigation, we found some news reports dating back to May 2017 and 2019 about an RTI reply which claimed that over  19 lakh Electronic Voting Machines have gone missing in a 25-year period.

A report by news magazine Frontline pointed out that while records obtained by a Right to Information (RTI) activist have revealed that 19 lakh EVM machines were delivered by public sector undertakings BEL and ECIL,  however, the Election Commission (EC) claimed that it never received them.

The following screenshot presents the startling figures from the RTI findings published in a news report. 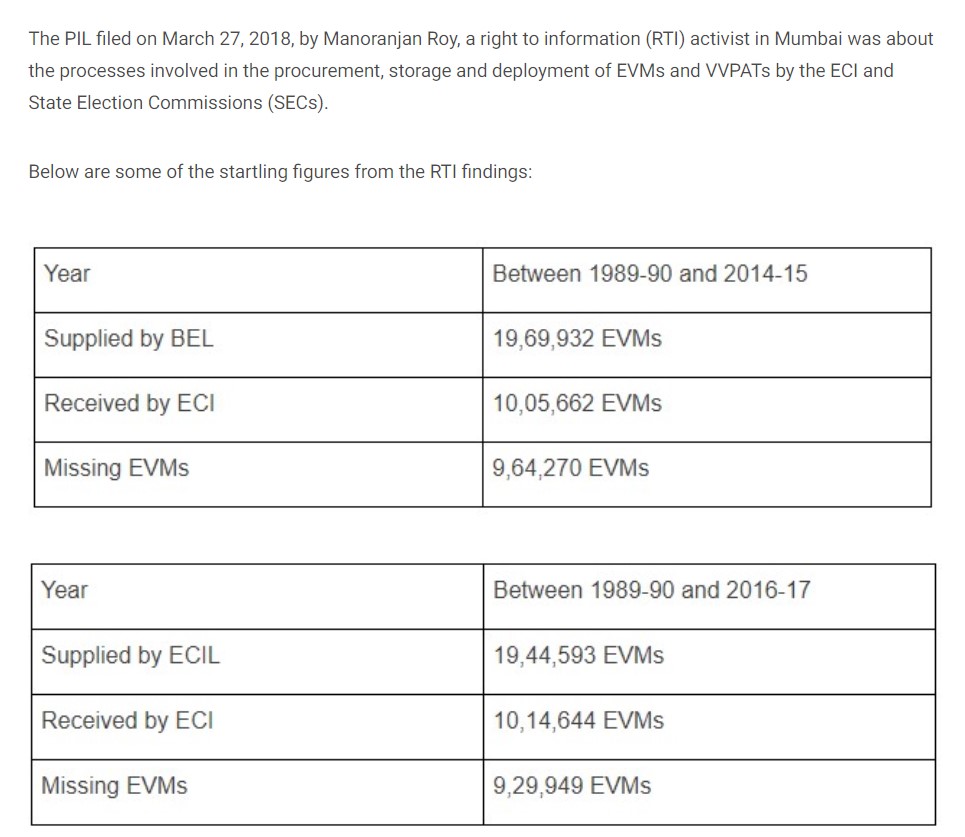 The RTI response from the EC also established that in the past few years, EVMs have been stolen or robbed only in the states that are under BJP rule now – namely Gujarat, Madhya Pradesh, Chhattisgarh, and Assam.

The report also highlighted the financial irregularities of Rs 116.55 crore.

As one can infer from this information that all 19 lakh EVMs were not stolen from BJP ruled states but are missing, reportedly over a period of 25 years.

Hence, it can be concluded that the infographic claiming that 19 lakh EVMs were stolen from BJP ruled state is misleading.