Misleading post falsely presents man putting a foot on Hindu idols as a Muslim named Mohammad Ansari. The man seen in the viral image has been arrested hurting religious sentiments and been identified as Azad Kumar Gautam, a resident of Varanasi district.

Recently, an image of a man putting his foot on a Hindu idol is doing rounds on Facebook saying with a claim that the man is named Mohammad Ansari.

A Facebook user shared the video with a caption in Hindi that can be roughly translated to, "Make this Muslim man, Mohammad Ansari, so famous that he never dares to step in a temple again." 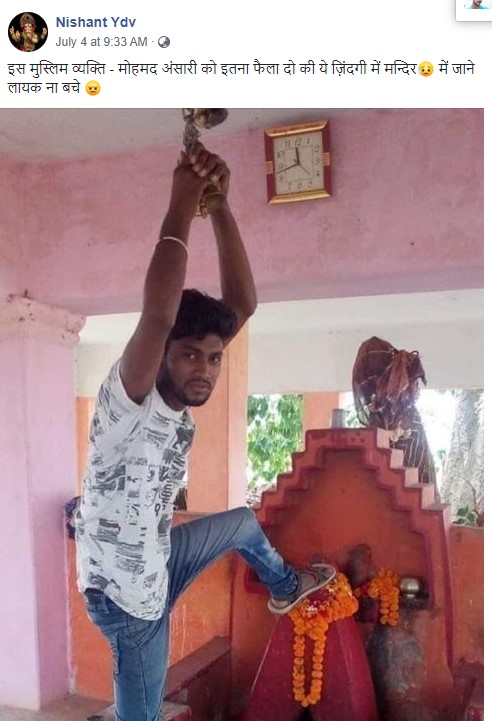 Many other users on Facebook also shared this image with the same claim. 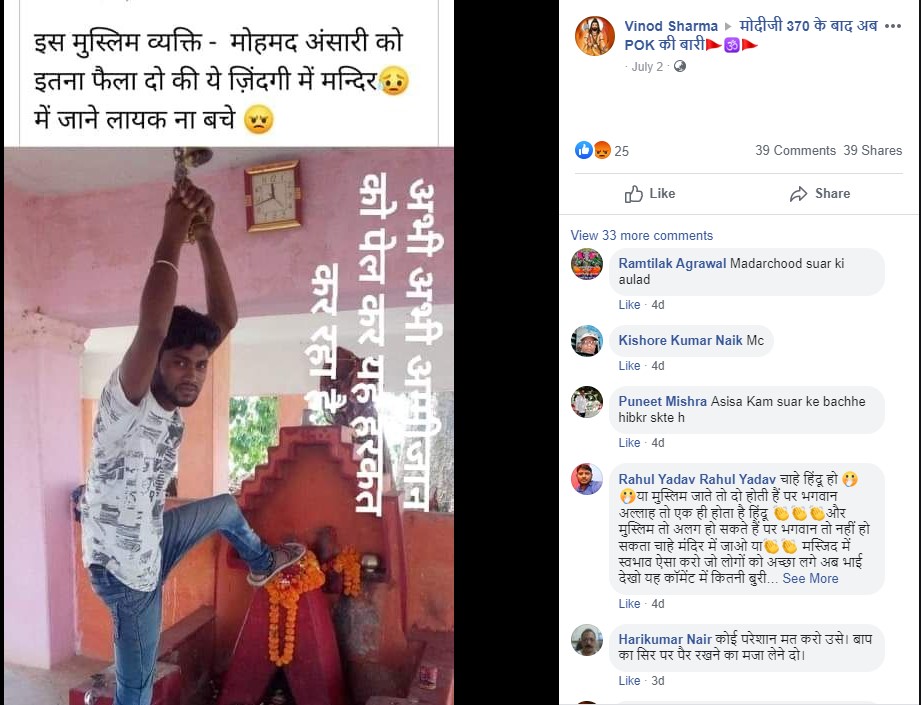 We also received a request to verify the claim. 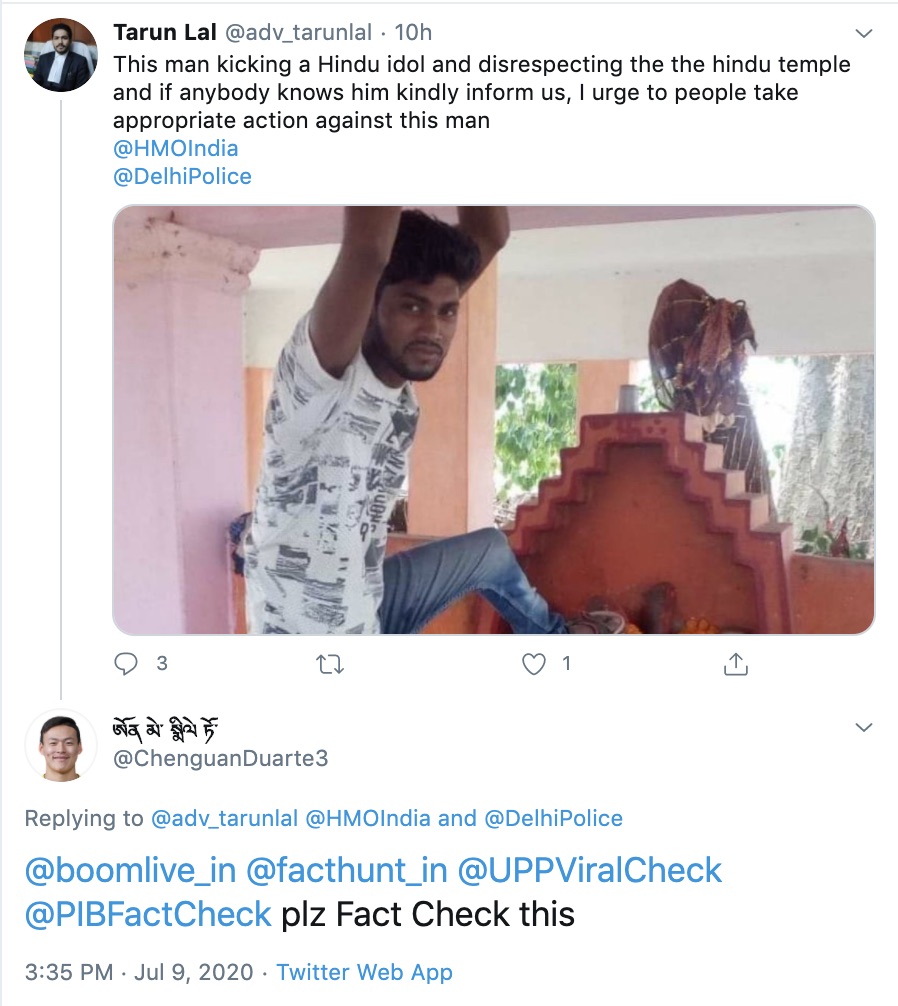 In our investigation, we found that the claim is misleading. The incident dates back to April 2020, and the man seen in the man Azad Kumar Gautam, a resident of Kardhana village in Varanasi.

With the help of a reverse image search, we found a Twitter user named Neeraj Dwivedi, who tweeted the picture on May 11, tagging Varanasi and Uttar Pradesh police. The user had written that the man is a resident of Kardhana village in Varanasi under Mirzamurad police station, and a member of the Bhim Army.

In reply to this tweet, the official Twitter handle of ADG, Varanasi zone informed that the police had already taken action on the matter and the man was sent to jail. Varanasi police also replied to a tweet saying that action against the accused was taken by Mirzamurad police on April 24. 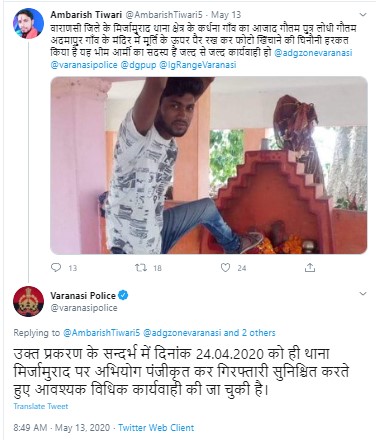 We also found a news report on the incident by the Hindi news website "Amar Ujala" on April 24, according to which, Azad Gautam had put his foot on the idol in the village temple and posted the picture on Facebook. Villagers lodged a complaint, following which the police arrested him and seized his phone.

In conclusion, misleading post falsely presents man putting a foot on Hindu idols as a Muslim named Mohammad Ansari. The man seen in the viral image has been arrested hurting religious sentiments and been identified as Azad Kumar Gautam, a resident of Varanasi district.