The viral post asking people, not to worry over oil prices is more than a year old and is being shared with false claim. The video isnot related to the present Indo-China face-off.

In the wake of a violent clash between Indian and Chinese Army and soaring prices of petrol and diesel consecutively for 22 days last month, a post doing rounds on social media asking people not to create a fuss over price rise as the nation is on the verge of war.

A Facebook user shared the video with a caption in Hindi that can be roughly translated to, "Friends, sense the situation and stop crying over petrol, diesel, potato, onion, coriander and mint. Hail Bharat Mata. The power of the Indian Army will certainly shock China.” 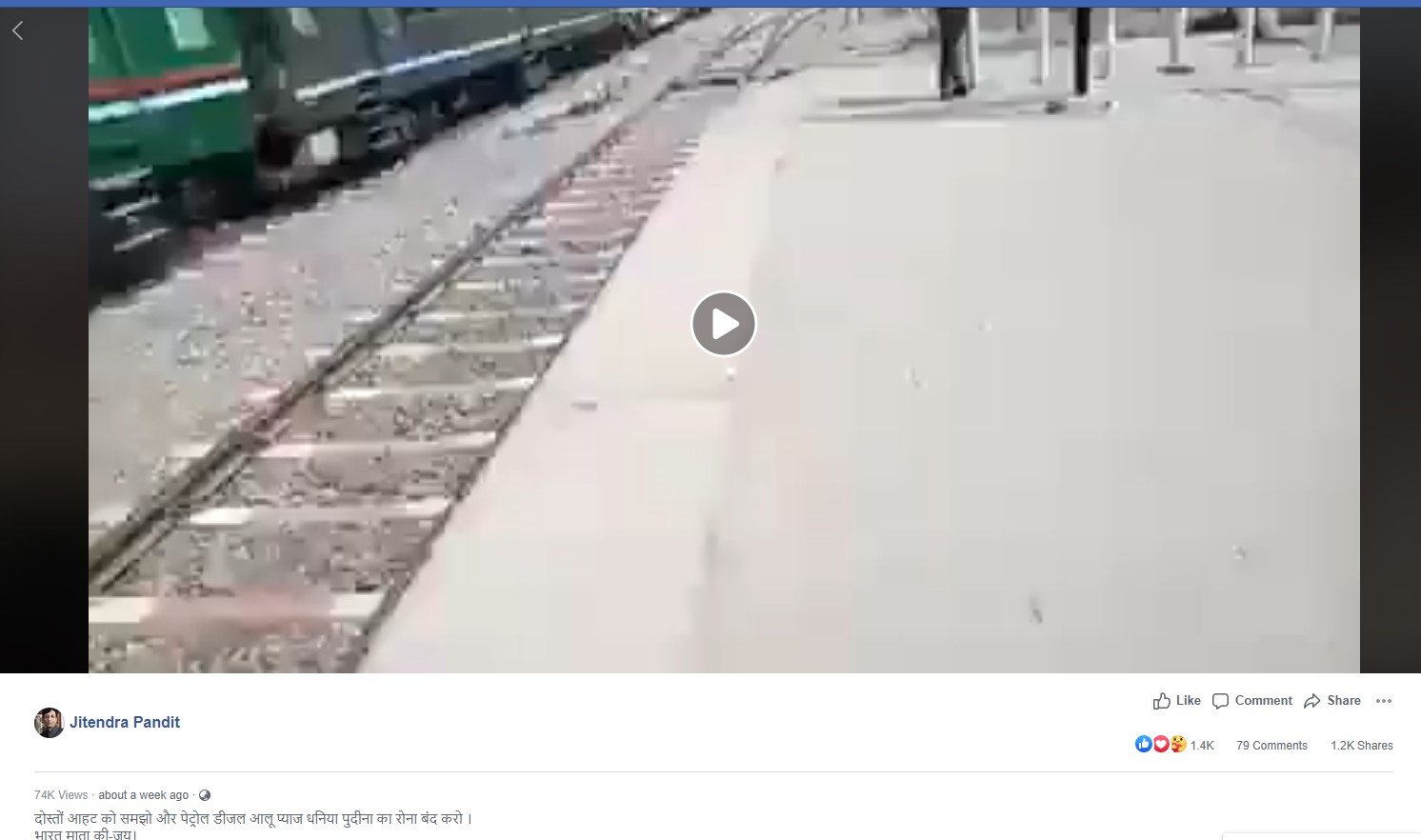 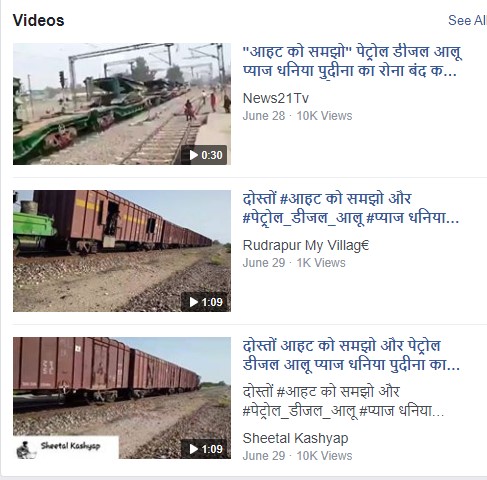 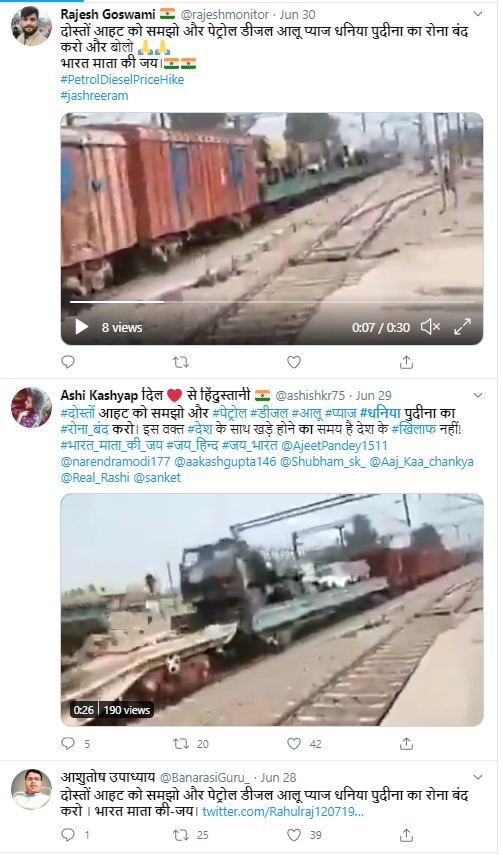 In the video, one can see some of the train compartments have MILITARY written on them, carrying tanks, trucks and other equipment. One can also see that the video is shot at Nangloi in Delhi as the board suggests.

In our investigation, we found this claim to be unverified and false. The viral video is at least a year old.

With the help of reverse image search by extracting the keyframes of the video, we found this video uploaded on a Russian social media site Ok.ru on February 28, 2019. The Russian caption of the video translates to, “Indian tanks transported by rail.”

A better quality version of the same video was also uploaded on a YouTube channel in February 2019. The title of the video reads, "Army Train in Nangloi salute the army."

In conclusion, the viral post asking people, not to worry over oil prices is more than a year old and is being shared with a false claim. The video is not related to the present Indo-China face-off.

You can know more about rising petrol and diesel prices here.