The viral post is misleading. An unrelated image of a rickshaw-puller is being shared to tell a story of an accused of arson and vandalism in last year’s protest against the Citizenship Amendment Act.

Recently, a picture of a man standing with a cycle-rickshaw is being widely circulated on social media platforms with the claim that he is Kaleem from Lucknow, who was jailed and fined Rs 21 lakh by the Uttar Pradesh government for bringing anti-CAA protesters to rallies.

Film actor Ajaz Khan tweeted the picture with a caption in Hindi which can be roughly translated to "Kaleem a rickshaw-puller was fined Rs 21 lakh,76 thousand by Yogi government in Uttar on the charge of carrying anti-CAA protesters on his rickshaw. When Kaleem failed to pay the recovery, he has been arrested and sent to jail, now BJP CM has adopted such policy against workers as well, be ashamed". 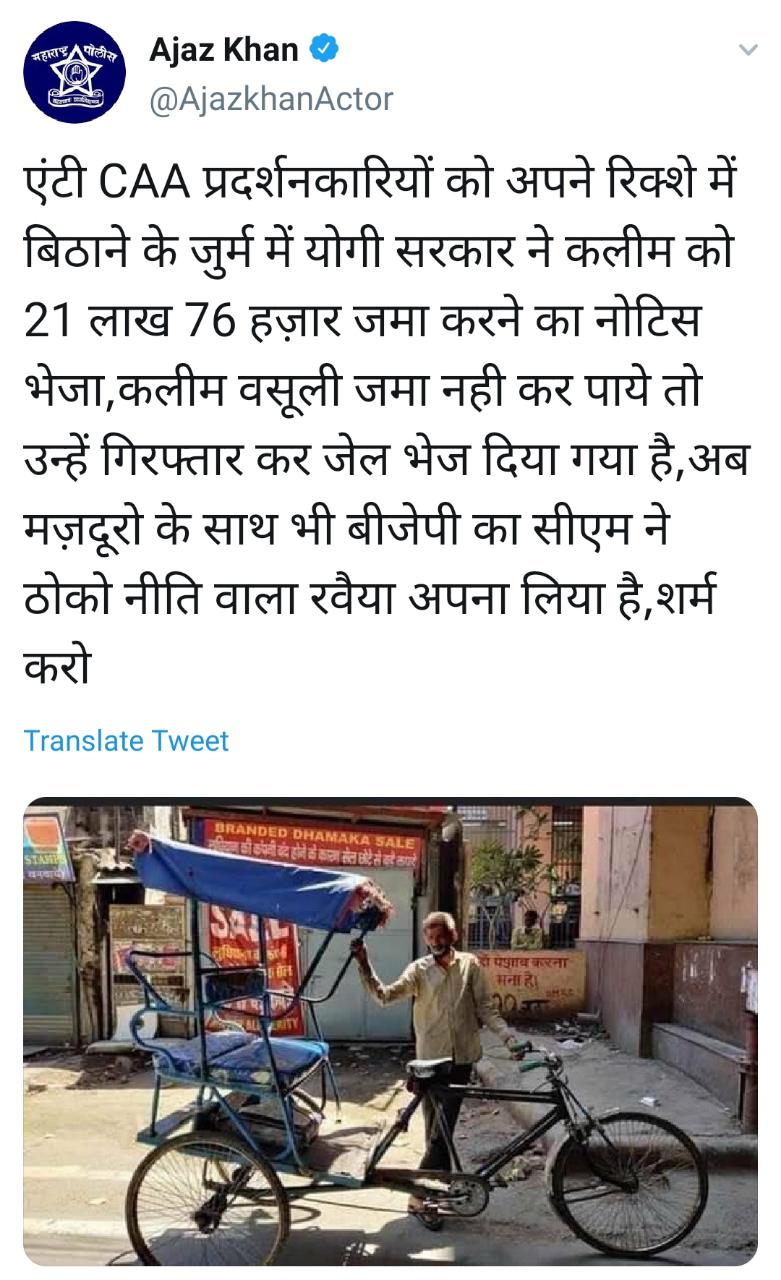 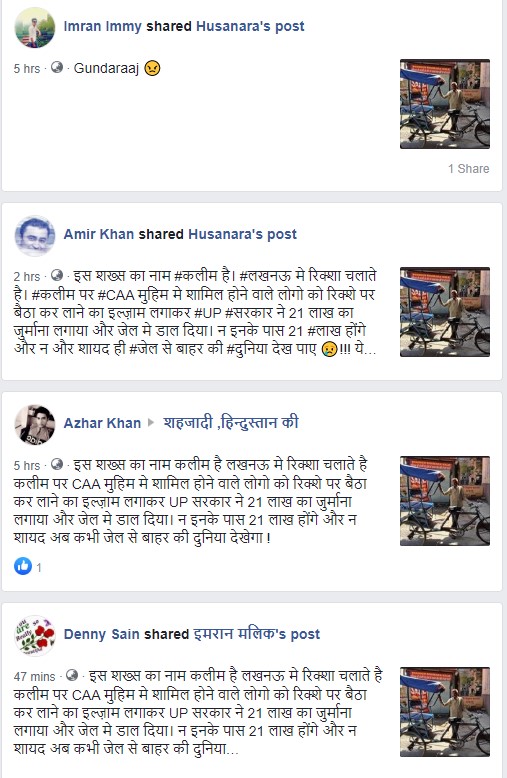 We found this claim to be misleading as the shared image is misleading. With the help of reverse image search, we found this image to be used in an article by “The Hindu” on April 3. 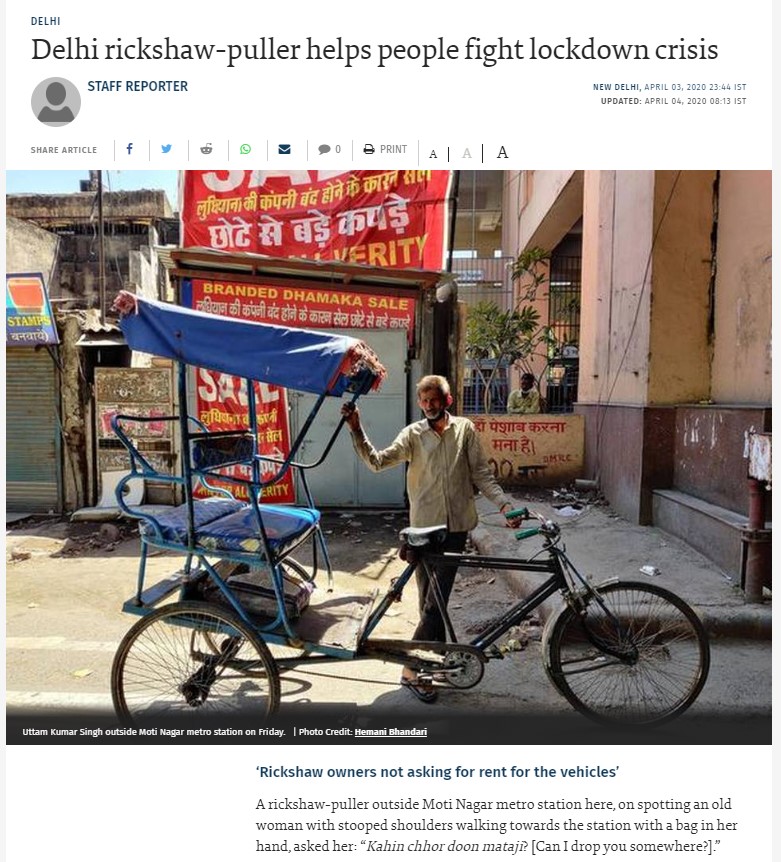 The man seen in the picture is Uttam Kumar Singh in Delhi, who is a rickshaw-puller and helped people in despair during the lockdown. Singh is a resident of Kirti Nagar, who dropped people to their destinations free of cost from Moti Nagar metro station. The picture has been credited to one Hemani Bhandari, who works as a correspondent with “The Hindu”.

However, the incident described in the viral claim is true.

As per The Hindu published on July 4, says that “a rickshaw driver accused of arson and vandalism in last year’s protest against the Citizenship Amendment Act here has become the first person to be re-arrested for failing to pay up the fine — in his case, 21.76 lakh — as recovery for the damage to private and public property”.

The name of the person is Mohammed Kaleem who was accused of violence in Lucknow’s Khadra area on December 19, 2019. Kaleem was out on bail but was arrested again for failing to pay the fine, the article says. Among others, his name was also displayed on hoardings across Lucknow in a bid to “name and shame” the accused.

In conclusion, the viral post is misleading. An unrelated image of a rickshaw-puller is being shared to tell a story of an accused of arson and vandalism in last year’s protest against the Citizenship Amendment Act.