The viral claim is false that Jyoti Paswan was raped and murdered in Darbhanga, Bihar. The girl in the picture is Jyoti Kumari who died of suffocation after being electrocuted in Patore, Darbhanga. Due to similarity in name and height, photographs of the deceased are being spread in the name of Jyoti Paswan.

During the lockdown, Jyoti Paswan, a 15-year-old girl rose to fame for cycling more than 1200 km from Gurugram to Darbhanga in Bihar with her ailing father. Now, netizens are sharing a picture of a dead girl on social media with the claim that Jyoti Paswan was raped and murdered in Darbhanga, Bihar.

A Twitter user name Ravip2105 shared the picture with a caption, "The girl who brought a sick father on a bicycle to Darbhanga in the lockdown has been brutally murdered. This 15-year-old girl, who went to pick up mangoes was strangled to death after being raped. The person must be severely punished." ( Translated from Hindi ) 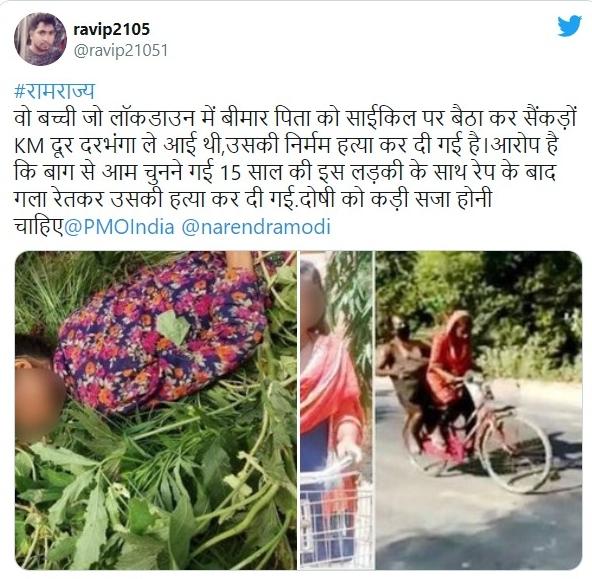 The same picture is also getting viral on Facebook as well. A user Abhishek Dwivedi shared the picture with a claim that "The sad end of the brave daughter Jyoti Paswan, who took her disabled father on cycle for 1500 km. Murdered after being raped. The daughter whose courage appreciated by the world survived Corona but could not escape from rapists. That daughter who was self-sufficient had shown the worth of the rotten system, but the same misadministration put her to death forever. We are ashamed that the spirits are always trampled and crushed in the country. Jungle Raj, Modi Raj." (Roughly translated from Hindi) 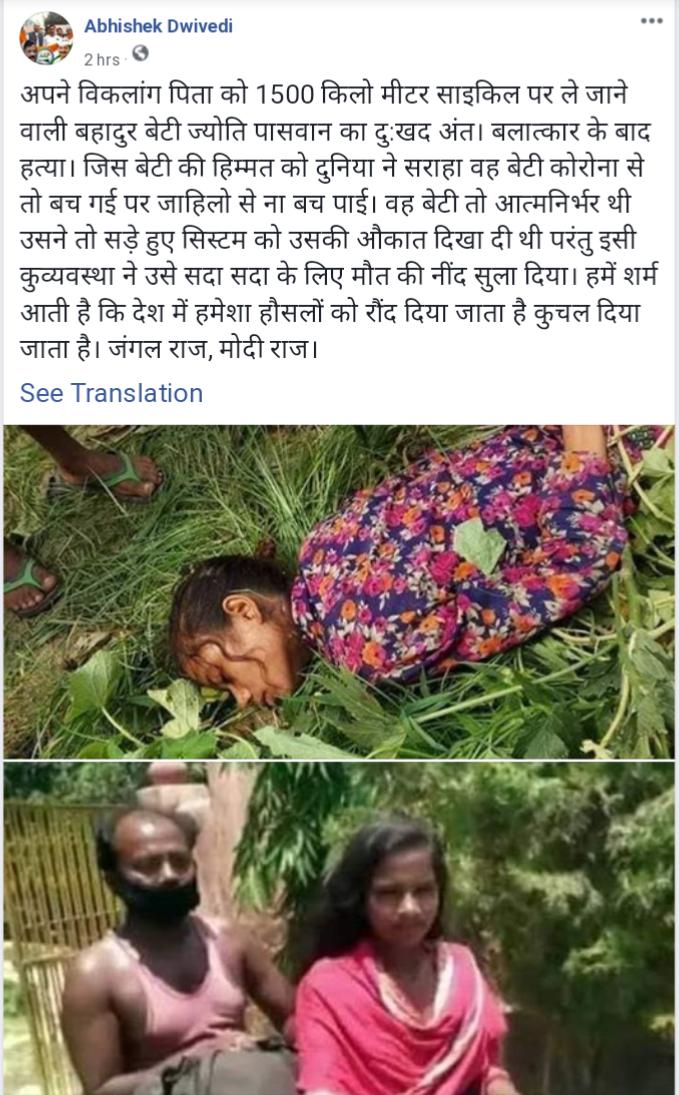 In our investigation, we found that the viral claim is false that Jyoti Paswan was raped and murdered. Jyoti Paswan popularly known as Cycle Girl is alive and well. A girl named Jyoti Kumari has died in another village of Darbhanga but rape has not been confirmed in this case. Due to similarity in name and height, photographs of the deceased are being spread in the name of Jyoti Paswan.

Using relevant keywords, like 'Jyoti Paswan', 'Bihar Darbhanga', 'Darbhanga News' on Google we found a piece of news published in Hindustan newspaper dated July 4,'. According to the report 13-year-old, Jyoti Kumari died of suffocation after being electrocuted in Patore. The postmortem report found no evidence of the teenager being raped. The body of a 13-year-old girl was found on the ex-serviceman's campus on Wednesday, after which she was also suspected of rape. 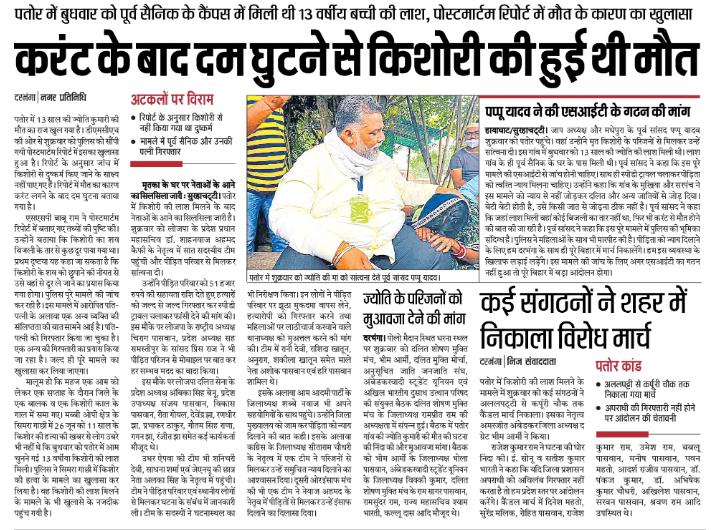 We found the same viral picture of a girl in the news report of thelallantop . 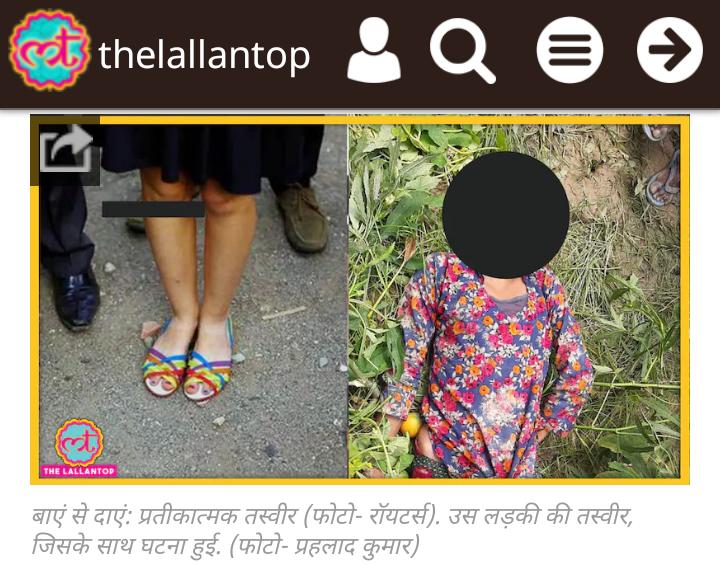 In conclusion, the viral claim is false that Jyoti Paswan was raped and murdered. A girl named Jyoti Kumari has died in another village of Darbhanga. Due to similarity in name and height, photographs of the deceased are being spread in the name of Jyoti Paswan.