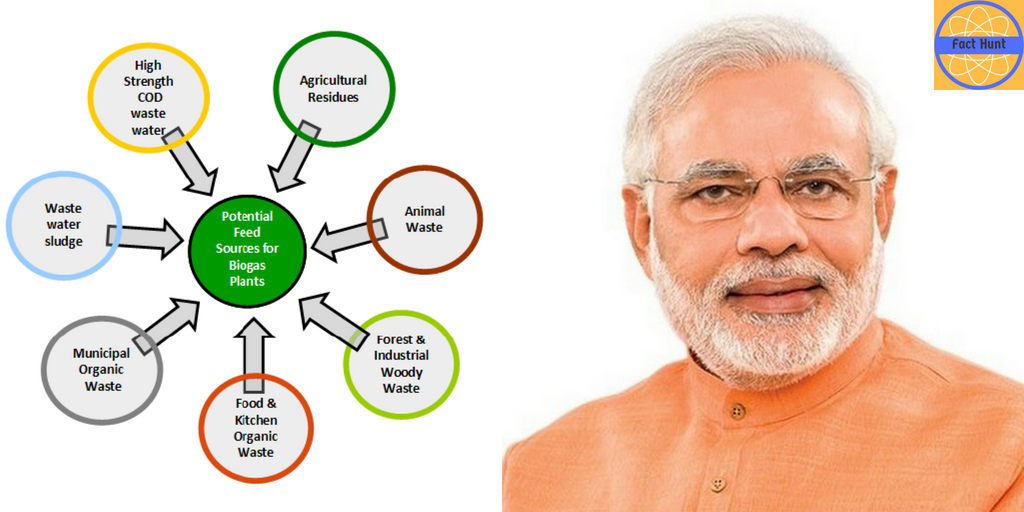 As per a report in Chhattisgarh Khabar, a 12th pass man named Shyam Rao Shirke had successfully used Methane gas from nearby sewage as a fuel. Shyam had done exactly the same thing mentioned by PM in his speech.

Prime Minister Narendra Modi, in his speech at the inauguration of World Biofuel Day 2018 said: "he read in a newspaper, the story of a tea-seller who makes tea using the biogas generated from an adjacent sewage as fuel".

A clip from this speech is going viral on social media trolling the Prime Minister for the above statement and many have accused him of lying. A pro-AAP YouTuber Dhruv Rathee tweeted "I have never seen a bigger liar than our Prime Minister! Does he think people are fools or is he really that stupid that he believes his own bullshit stories?". 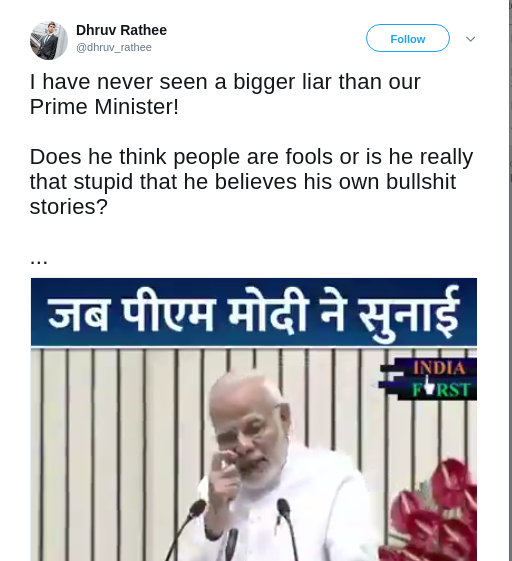 Journalists Sagarika Ghose and Shahid Siddiqui also jumped in. Delhi Chief Minister Arvind Kejriwal also took a dig at PM and tweeted "that's why the Prime Miniter of the country should be educated". 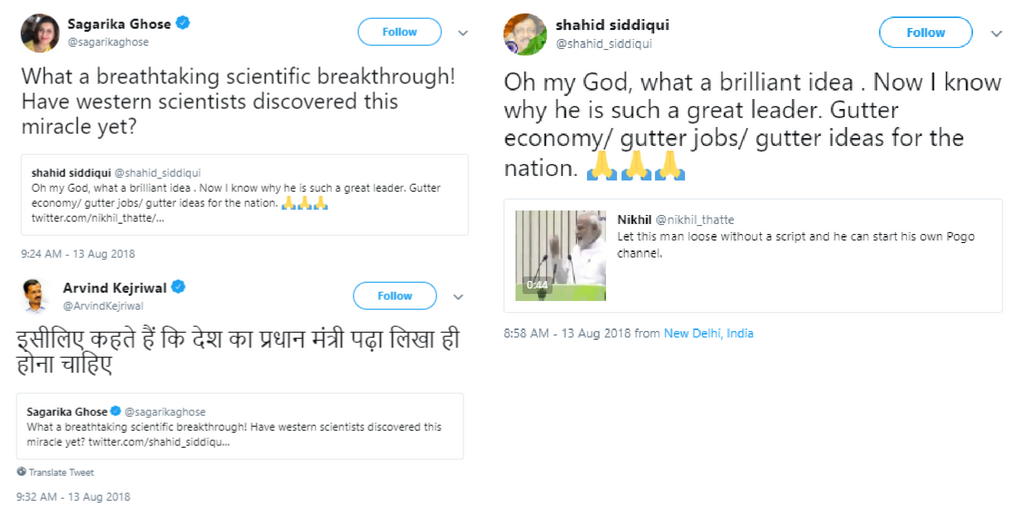 Even Jansatta published an article to mock the Prime Minister. While the Prime Minister's statement looks laughable but when we search on google about it we found the story narrated by the PM. In 2014, Chhattisgarh Khabar had reported the incident.

As per the report, in Chattisgarh, a 12th pass man named Shyam Rao Shirke had successfully used Methane gas from nearby sewage as a fuel. Shyam had done exactly the same thing mentioned by PM in his speech.

We also found another story about Madhya Pradesh family who found combustible gas fuel in their long-unused borewell and has been using it for cooking.

Conclusion: PM didn't lie about the incident as he was referring to this case only.

Methane is the main constituent of natural gas which is a fossil fuel used as a source of energy for heating, cooking, and electricity generation. The familiar smell of natural gas as used in homes is achieved by the addition of an odorant, usually blends containing tert-butylthiol. And there are chances of elements required for these compounds can be found in sewage. Methane is a chemical compound of carbon and hydrogen and there are possibilities of these elements in sewage.

Using Bio-gas as a fuel is not a new concept. As per a report in The Hindu, methane from sewage is used as cooking gas by the residents of Bharat Nagar in Selaiyur.

Here is a report in Aaj Tak about the man who built the machine to use gas from sewage as a fuel. Read it here.

Here is a video on youtube in which a man used methane gas accumulated under the ice to make coffee.