It is true that following the map dispute with India, the pressure is building up on PM Oli from inside and outside his party but the viral video of people demonstrating against the Nepal government is not related to its pro-China stance but the Oli government’s alleged failure to control the Covid-19 pandemic.

Amid the escalated border tension with China and Nepal, a video has gone viral in India, on social media platforms in which a huge number of people can be seen protesting. The video is being shared with the claim that people in Nepal have started to revolt and come out on the streets against their Prime Minister KP Sharma Oli for its pro-Beijing stance.

A Facebook user shared the video with a caption in Bengali that can be roughly translated to, "The people of Nepal have started a revolt against the Prime Minister of Nepal for brokering on behalf of China. Thanks to these residents of Nepal. May the brotherhood of India and Nepal remain intact." 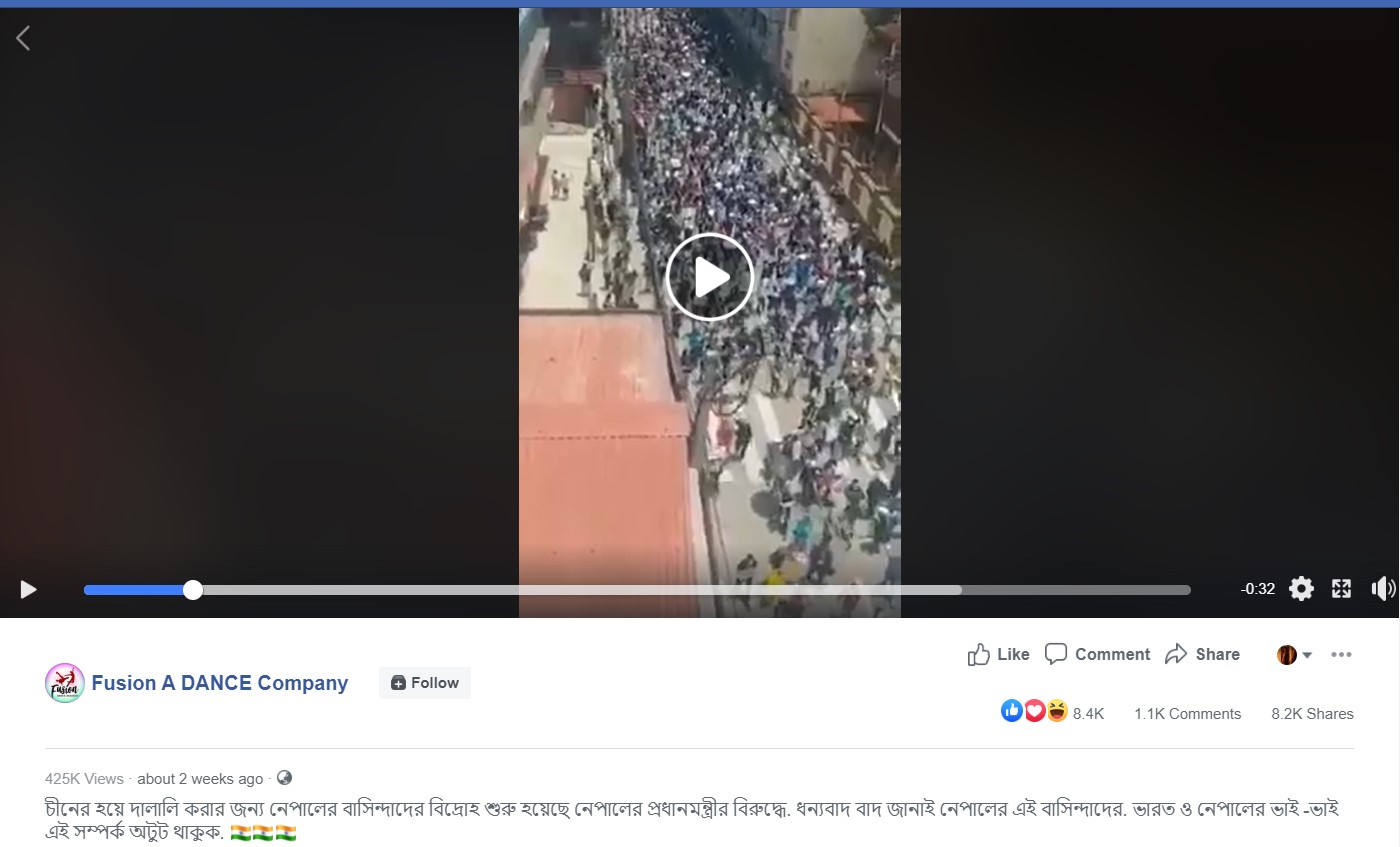 The video received over 8000 reshares.

Several other users shared the video with the same claim. 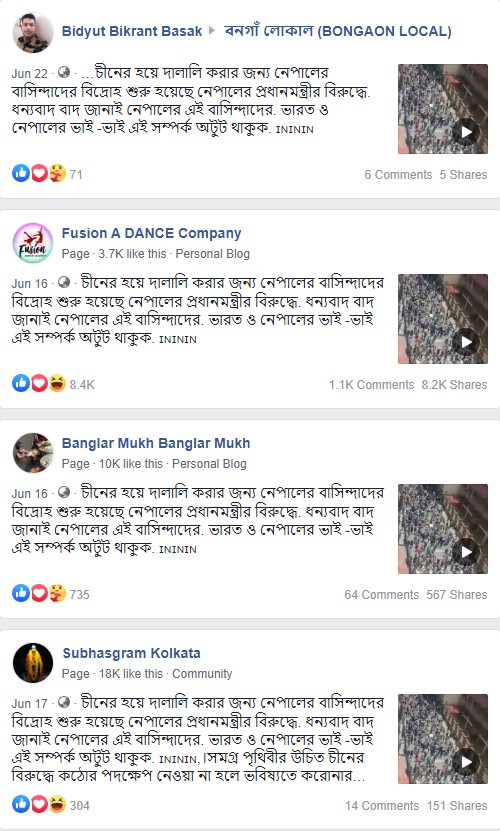 In our investigation, we found this claim to be misleading. The protest video is from Kathmandu but the people were not demonstrating against for Nepal's kowtowing for China but against the Nepal government for its alleged failure to control the spread of Covid-19 and against lockdown.

With the help of a reverse image search by extracting the keyframes of the video using the Invid tool, we found this video uploaded on YouTube channel named  “Kinima TV” on June 11 with the title, “People hit the streets in Nepal protesting against the lockdown”.

Taking a clue from this, we further searched on the internet and found several news reports of the protest march on several Nepalese news websites and YouTube channels confirming that the country had witnessed strong anti-government demonstrations in early June against the Oli government’s alleged failure to handle the Covid-19 pandemic.

As per these reports, on June 11, a gathering of hundreds of people marching towards Kathmandu’s Baluwatar area near the Prime Minister’s residence faced stiff resistance from Nepalese police, who used water cannons and batons against the protesters.

Some still photos of the same protest were tweeted by senior Nepalese journalist and presenter Anita Bindu on June 11, calling it an uprising of Nepali youth against the government.

However, it is true that following the map dispute with India, the pressure is building up on PM Oli from inside and outside his party but the viral video of people demonstrating against the Nepal government is not related to its pro-China stance but the Oli government’s alleged failure to control the Covid-19 pandemic.