A year-old disturbing video of a man tortured in Maharashtra is being falsely linked to the recent case of police brutality on the father-son duo, Jayraj, and Fenix in Tamil Nadu.

On June 19, Jeyaraj (63) and his son Fenix (31) were arrested in Thoothukudi district in Tamil Nadu for keeping their store open past permitted hours. A few days later they died in Police custody allegedly because of Police brutality. As per an Outlook report, the duo was allegedly beaten with lathis in their private parts and died due to police torture after suffering multiple injuries. Four policemen were suspended in this matter.

The incident has led to an uproar on social media, with citizens demanding strict punishment for the accused. Amid this, a disturbing video of a man being tortured by a group of individuals. surfaced on social media claiming that the video shows the recent incident from Tuticorin. In the video, some men can be seen trying to insert a rod in the victim’s private parts. A Twitter user shared the video with a hashtag 'justice for Jayraj and Fenix'. 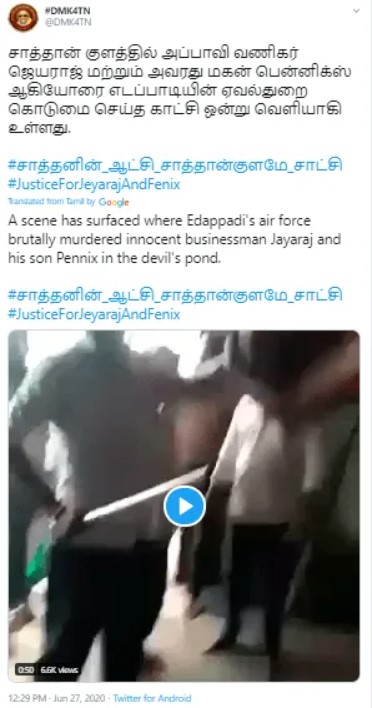 The video is being shared with the same claim on Facebook as well. 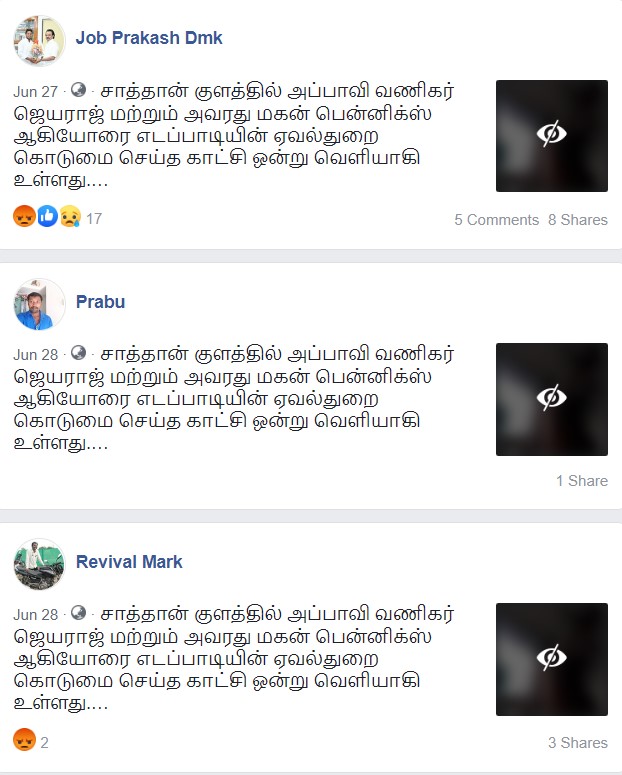 In our investigation, we found that this is a year-old incident that took place in Maharashtra.

With the help of reverse image search by using the keyframes of the video, we found a Times of India report published on July 29, 2019, in which the same video was used. 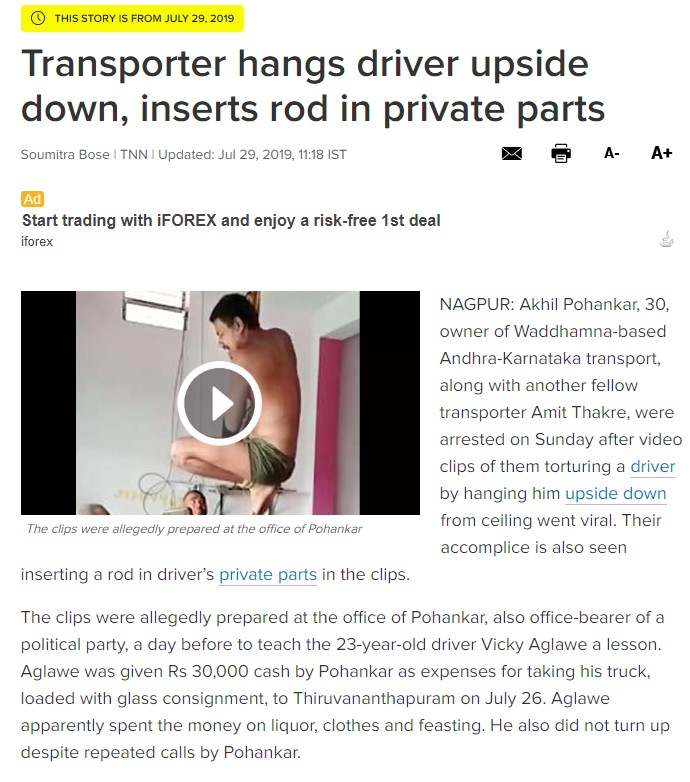 As per the report, the owner of a Waddhamna-based transport service Akhil Pohankar and his fellow transporter Amit Thakre were arrested on July 28, 2019, for torturing a driver by hanging him upside-down from the ceiling.

“The clips were allegedly prepared at the office of Pohankar, also office-bearer of a political party, a day before to teach the 23-year-old driver Vicky Aglawe a lesson. Aglawe was given Rs 30,000 cash by Pohankar as expenses for taking his truck, loaded with glass consignment, to Thiruvananthapuram on July 26. Aglawe apparently spent the money on liquor, clothes and feasting. He also did not turn up despite repeated calls by Pohankar,” reads one of the excerpts of the report.

In conclusion, a year old disturbing video of a man tortured in Maharashtra is being falsely linked to the recent case of police brutality on the father-son duo, Jayraj, and Fenix in Tamil Nadu.