A video of a fatal road accident in Russia is being shared with the false claim that it took place in Mysore road, Kengeri.

Recently, a 24-second-long video clip of a frightful road accident is being shared on various social media platforms with the claim that the accident happened in Mysore road, Kengeri. In the clip, one can see a truck ramming into a queue of vehicles on a road.

A Facebook user shared the video saying, "This Is In Mysore Road. Near Kengeri.Just Now Recorded." 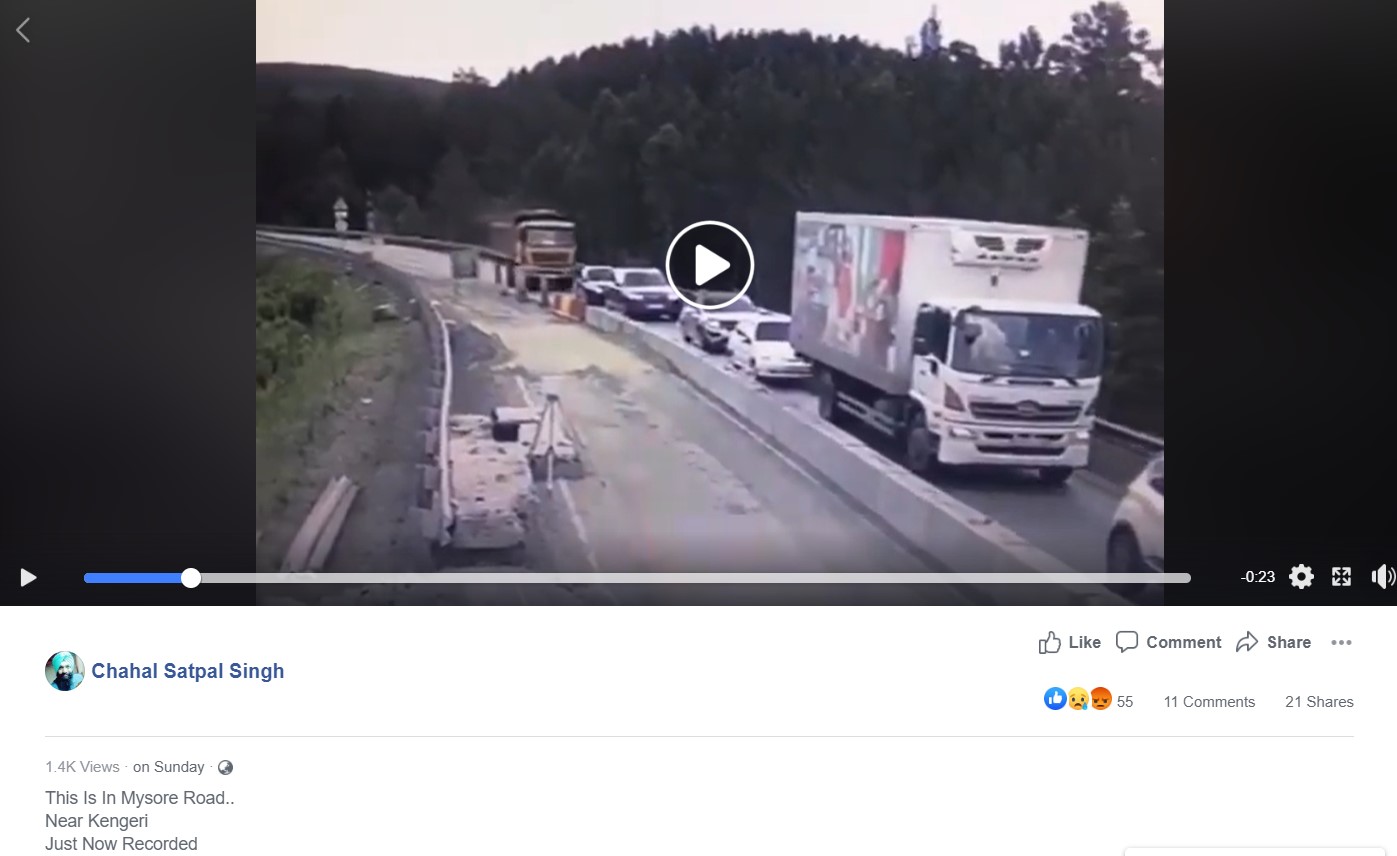 This video was shared on Twitter as well with the same caption. 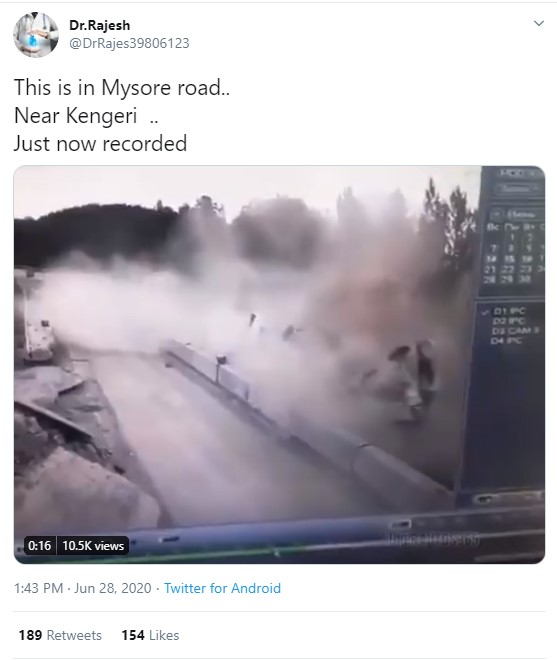 In our investigation, we found this claim to be false. This video is from Russia not from India.

With the help of reverse image search by extracting the keyframes of the video, we found this video uploaded by Ruptly on June 17, 2020 with a title, “*DISTRESSING CONTENT* Russia: Fatal truck crash caught on CCTV in Chelyabinsk.”

As per the description of the video, two people were killed and seven got injured after a truck ran into five vehicles on the M-5 highway.

In conclusion, a video of a fatal road accident in Russia is being shared with the false claim that it took place in Mysore road, Kengeri.