It is clear that the video is at least two years old and is being shared with an unverified claim.

Recently, a short video is going viral on social media platforms in which a group of men can be seen throwing stones and kicking a poster of Baba Saheb Ambedkar and burning it by the end of the video. The caption shared with the video claims that the incident took place in Hyderabad and 5 people have been arrested. In the video, one could also hear people chanting slogans against Bhim Rao and Bhim Sena.

A Twitter user shared a shorter version of the video with a caption, "Peace-loving people in Hyderabad beat up the photo of Baba Saheb Ambedkar "Five peacekeepers were arrested and lodged." 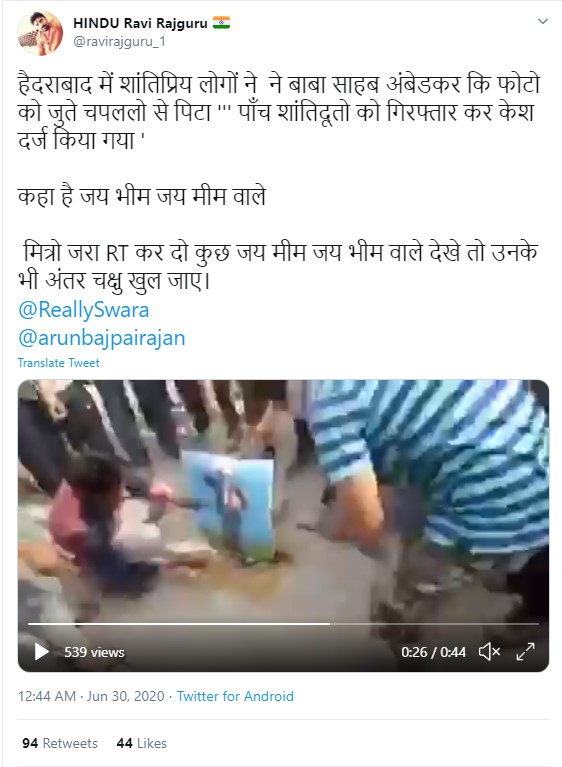 The same video is also getting viral on Facebook as well with a caption suggesting that people from the Muslim community in Hyderabad did this act.

The video was shared by a Facebook page named The Parpanch with the cation, "In Hyderabad, Muslims kicked up the photo of Baba Saheb Ambedkar." 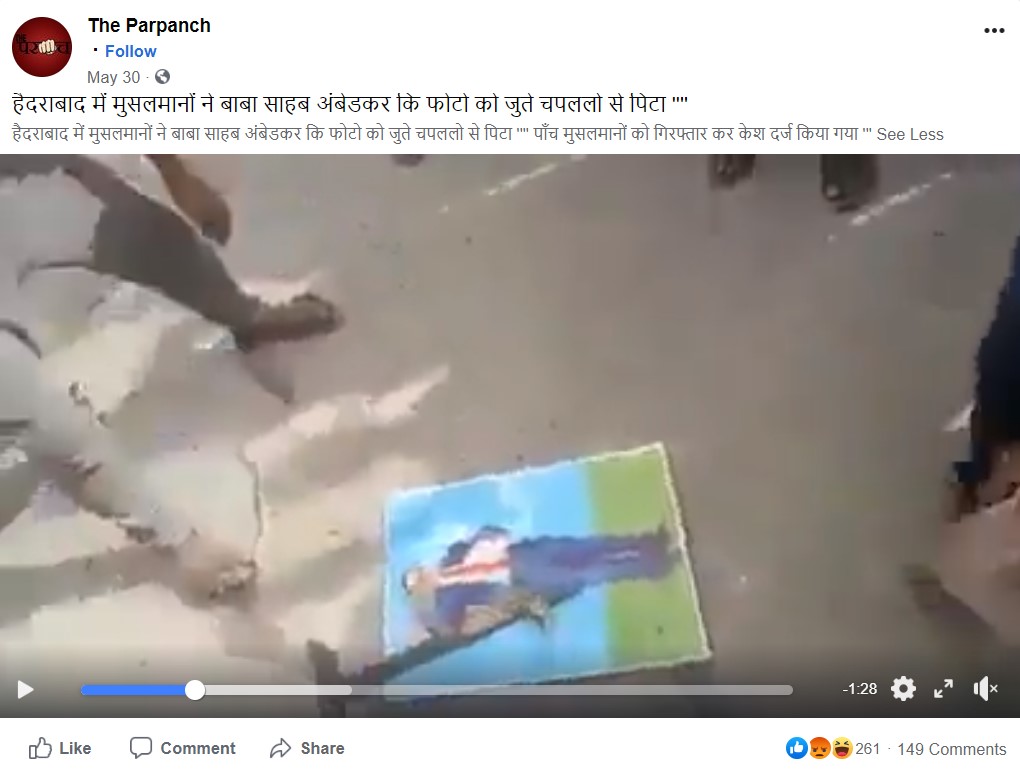 A number of people are sharing this video with a similar claim. 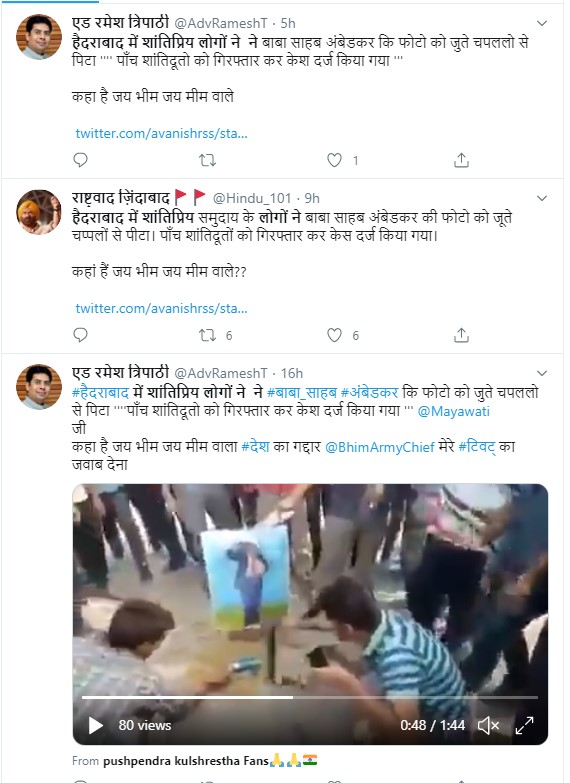 The video is being shared on YouTube as well.

In our investigation, we found that the video is at least two years old and the claimed shared with this video is also unverified.

We did not find any news report on online claiming that the video is from Hyderabad.

With the help of reverse image search on Yandex after extracting the keyframes of the video using InvidTool, we found this video shared on a Facebook page 5 months ago with a caption in Bengali suggesting that the act was done by BJP-RSS members with no mention of any place. (roughly translated from Bengali) 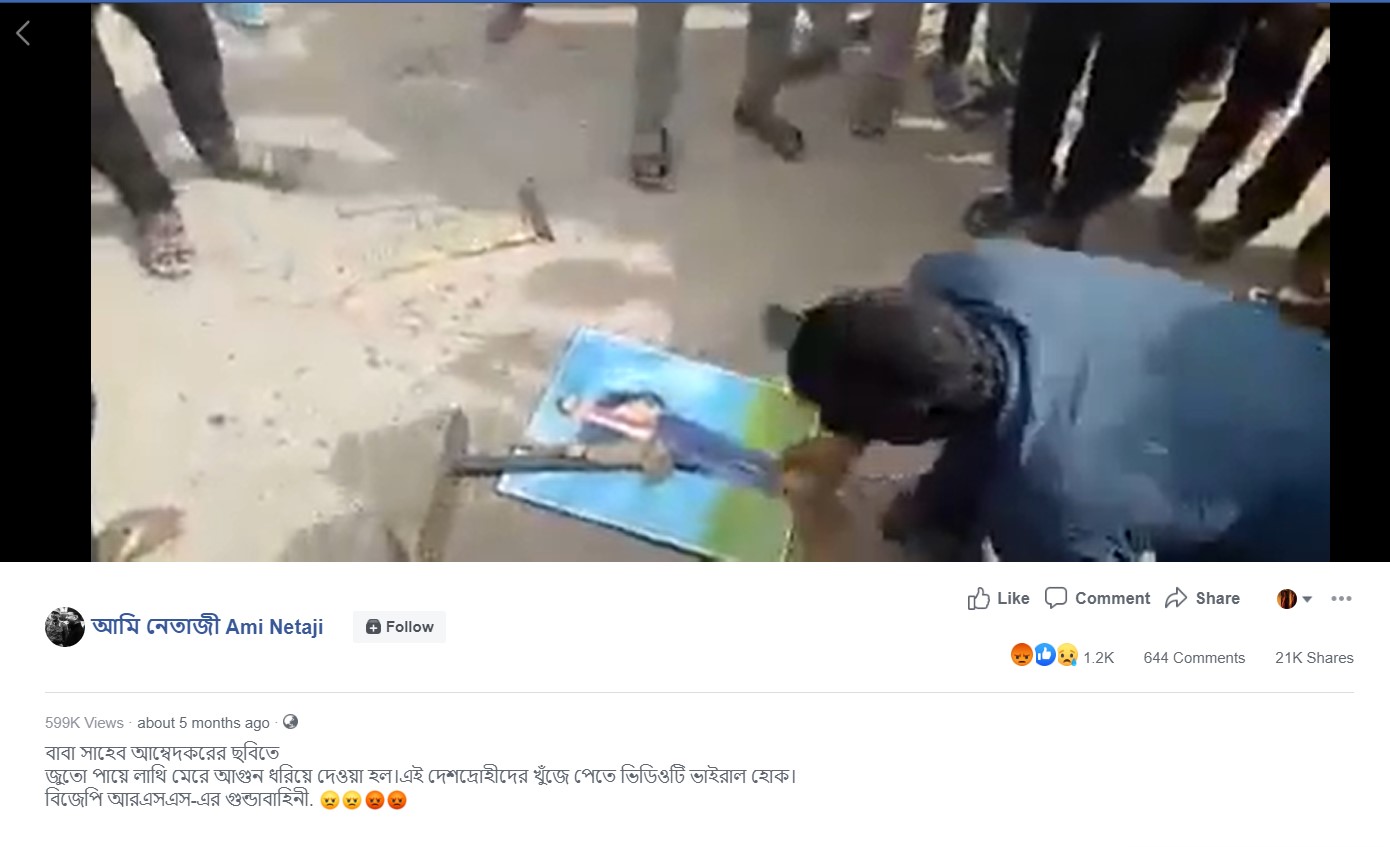 This video has almost 6 lakh views.

Further checking, we found this  video uploaded on a YouTube channel on October 3, 2018, with the title 'Baba Sahib Ambedkar is crushed by the feet.'

However, it is clear that the video is at least two years old and is being shared with an unverified claim.