The claim that the online money transactions platforms, Google Pay is not authorized by the Reserve Bank of India is fake.

Recently, a message went viral on social media claiming that transactions that are done through online money transactions platform, Google Pay is not authorized by the Reserve Bank of India. The message further warns to exercise caution while using Google Pay.

A Twitter user shared the viral message which reads as "RBI declared that if any issue arises while transferring amount thru Gpay one cannot claim as the same is not in the list of the authorised payment system by NATIONAL PAYMENTS CORPORATION OF INDIA. Be cautious before using Google pay. Any payment-related issues or frauds emanating due to Google pay will be outside the purview of RBI..Just be careful" 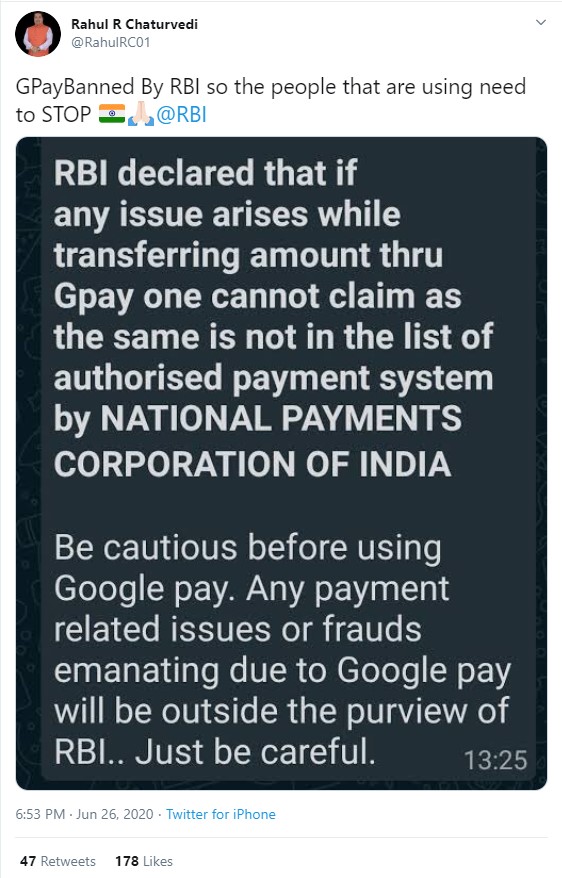 The message went viral after an India Today report on the RBI telling the Delhi High Court that Google Pay is not a payment system, rather it is a third-party app provider of the UPI, in response to public interest litigation. The report was misinterpreted, following which a number of people made similar claims. 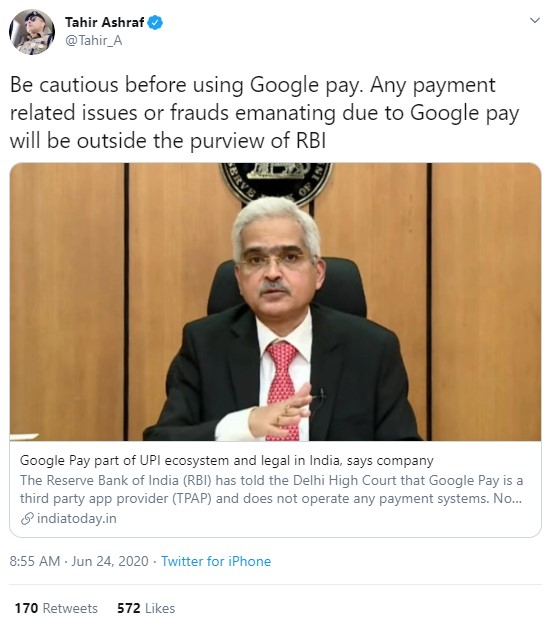 However, Google Pay responded to the rumour and clarified that it is a technological platform, enabling payments through UPI. Being a third party application enabling UPI payments - its services are not in violation of the Payments and Settlement Systems Act, 2007 (PSSA). Further, it has said that UPI transactions carried out on its app are secure as per the applicable guidelines laid down by the RBI and the NPCI.

"Google Pay operates completely within the law. We work as a technology service provider to partner banks, to allow payments via UPI. UPI apps in the country are categorized as 'third party apps', and are not required to be 'payment systems operators'. Google Pay said in a statement. 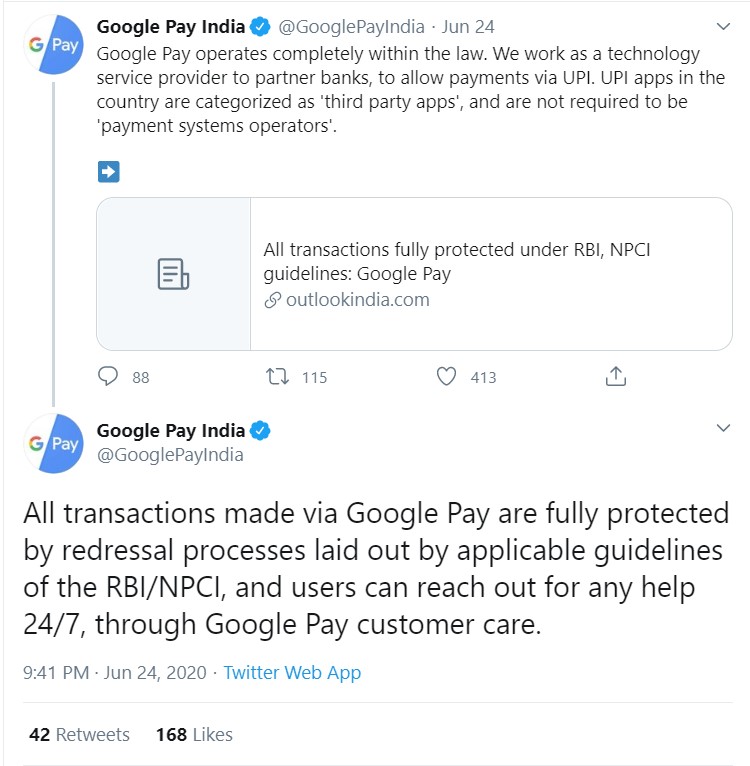 In another statement, Google Pay said "some quotes on social media, wrongly attributed to the RBI, claim that issues arising while transferring money through Google Pay are not protected by the law, since the app is unauthorised. This is incorrect and can be verified on NPCI's website".

As per an NPCI statement shared by a Google Pay spokesperson, All authorised TPAPs are listed on the NPCI Website. All transactions made using any of the authorized TPAPs are fully protected by the redressal processes laid out by applicable guidelines of NPCI/RBI and customers already have full access to the same. Further, we would also like to clarify that all authorised TPAP’s are already bound by full compliance to all the regulations and applicable laws in India. UPI ecosystem is fully safe and secure, and we appeal to the citizens not to fall prey to such malicious news. We also request UPI customers not to share their OTP (one time password) and UPI Pin with anybody.” 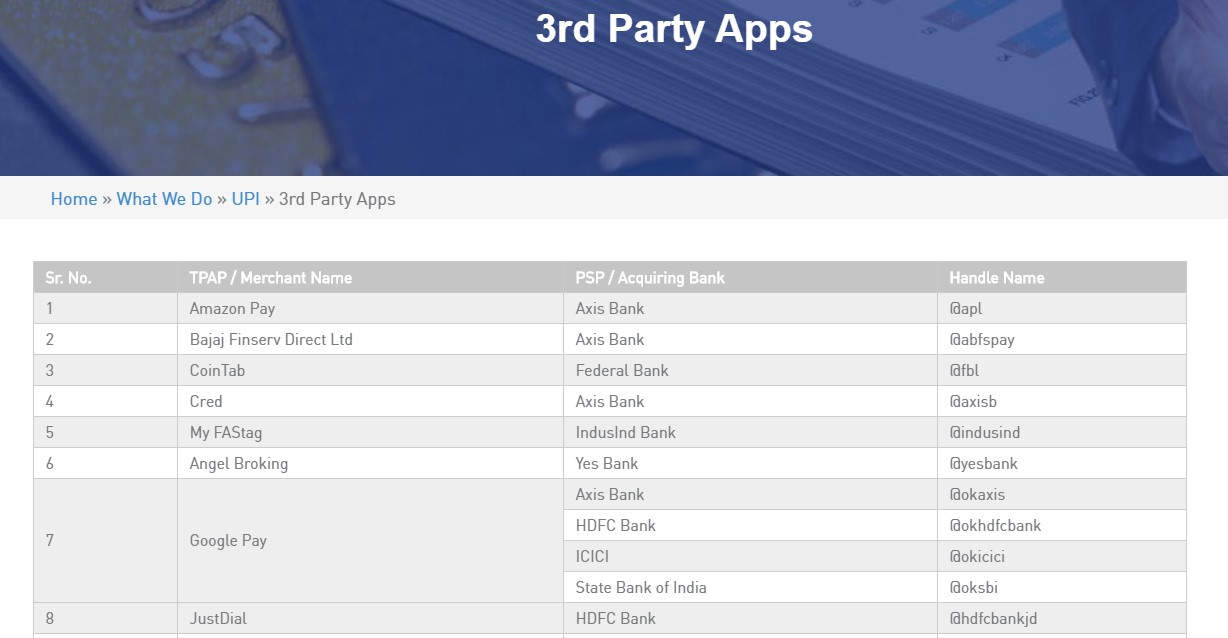 In conclusion, the claim that the online money transactions platforms, Google Pay is not authorized by the Reserve Bank of India is fake.